US toys TEU imports forecast to hit a six-year high

US containerized imports of toys as measured by TEU volume fell in the third quarter by only 1.3 percent year-over-year according to IHS PIERS data, after modestly increasing in the prior two quarters. The year-over-year comparison has been very tough year-to-date as import demand for Star Wars toys increased markedly in 2015 linked to the release of a new, long-awaited, Star Wars movie: "The Force Awakens". 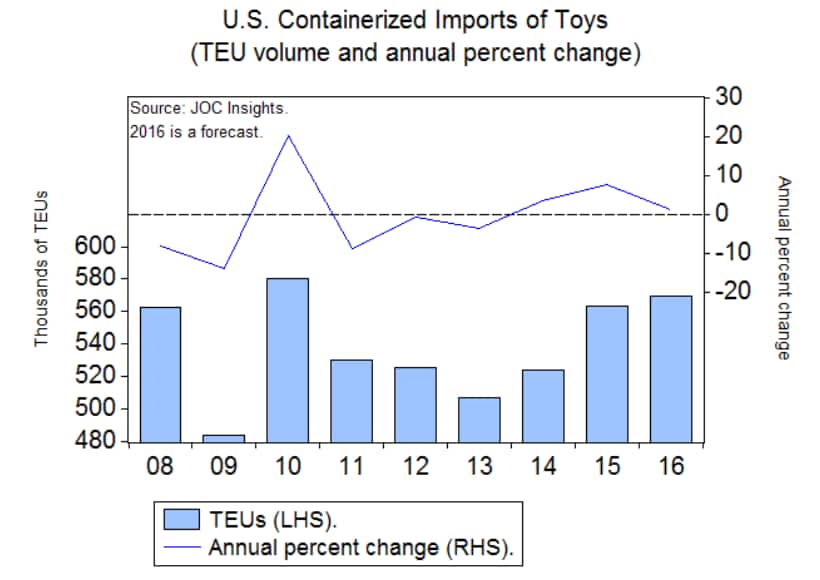 Demand for Star Wars toys carried momentum again this year. From January through September, total toys imports were up 0.8 percent, which is respectable given the strong growth seen last year. As in 2015, the major drivers of growth this year appear to be movie-related toys; for example, Disney's "Rogue One - a Star Wars story" - soon to be released on December 16. According to IHS PIERS seaborne database, several shipments of Star Wars toys and games were registered through September, although it is very difficult to exactly quantify the number of TEUs. Furthermore, a few shipments of toy trolls were registered in the third quarter, linked to the upcoming DreamWorks movie "Trolls". Lastly, strong shipments of toy princesses were registered year-to-date, possibly linked to Disney's upcoming movie "Moana", a Polynesian princess, and Disney's strong push of its Princess franchise.

I am anticipating US toys TEU imports will finish the year on a positive note, up between 1 and 2 percent, hitting a six-year high.

By TEU volume, China (including Hong Kong) is the largest supplier of toys to the U.S., accounting for 88.0 percent of the market year-to-date through September, a market share merely unchanged compared to the same period in 2015. In 2007, however, the year before the Great Recession started, China held 93 percent of the market. China's goal of upgrading the value chain of its manufacturing sector certainly took a toll on toys export production over the last 10 years- albeit modestly. Nevertheless, China continues to hold a very large piece of the market, partly because of a well-developed supply chain network, despite rising production costs. The recent depreciation of China's renminbi is a bonus. Since the start of the year, the renminbi has depreciated 3.4 percent against the U.S. dollar through September 30, 2016. 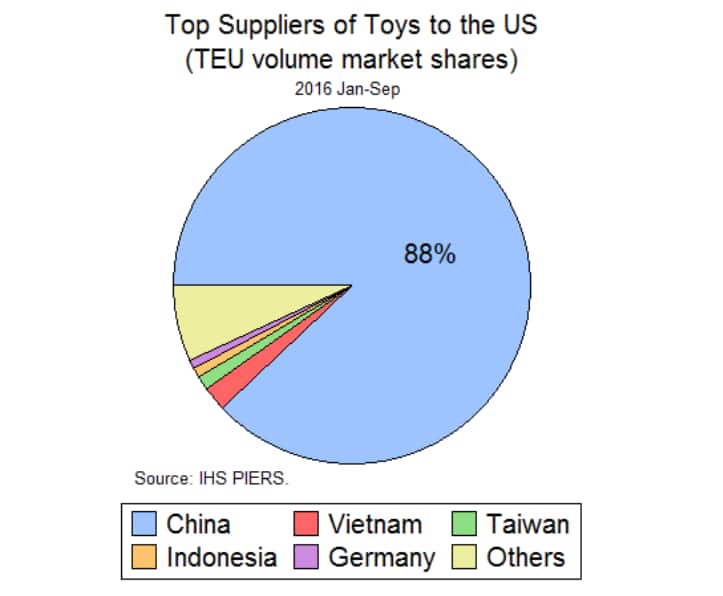 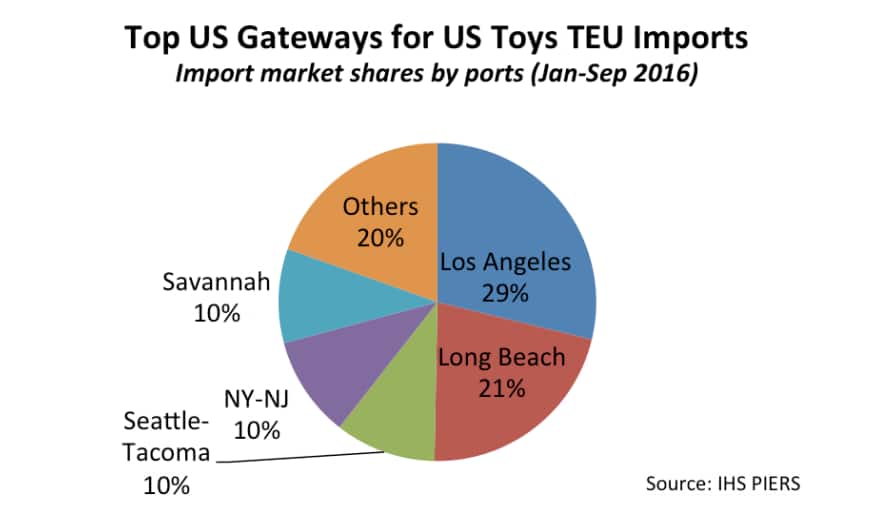 Learn more about how you can benefit from our import data.