US containerized imports of Christmas trees and decorations stalled in the third quarter, year-over-year, partly owed to a strong comparison base and disruptions caused by Hanjin's collapse. Nevertheless, year-to-date, from January through September, the trade was up 2.5 percent, with an approximate total TEU count of 88,919. 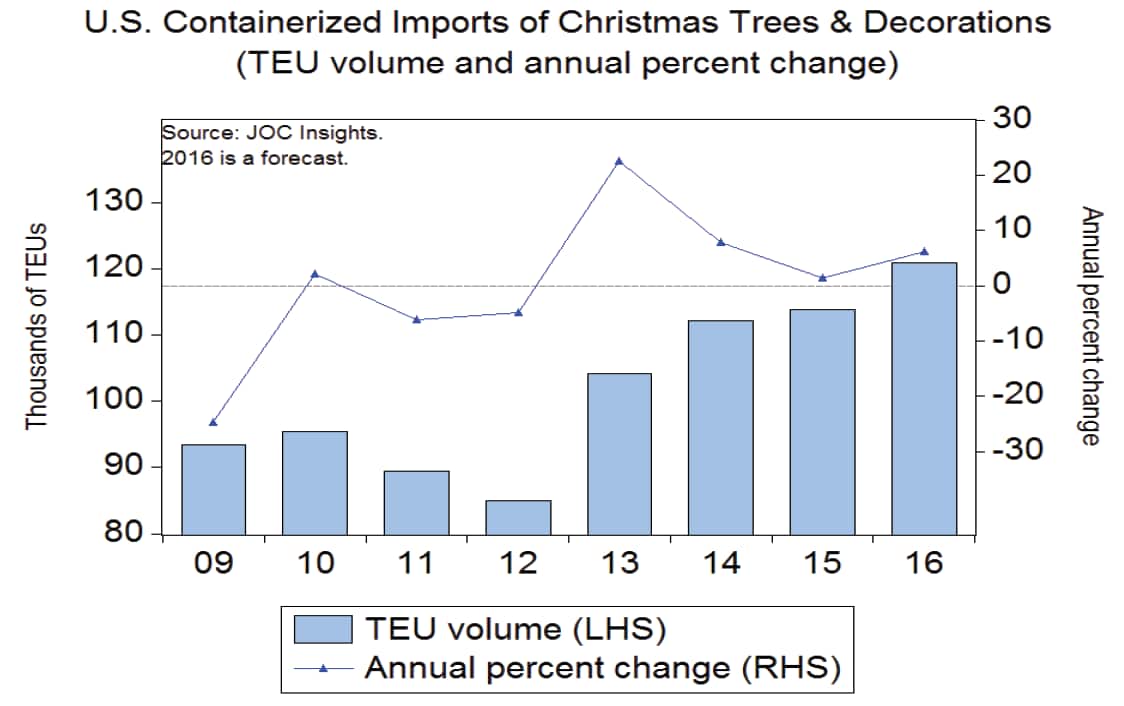 For all of 2016, I am anticipating growth of between 6 and 7 percent in the trade as disposable incomes improved and the labor market strengthened. A strong dollar also is a contributing factor to the expansion. By the end of the year, the trade will have expanded for the 4th consecutive year, still not enough to surpass the volume seen in the 2007 peak year.

By TEU volume, China is by far the largest supplier of Christmas trees & decorations to the US, accounting for 89.7 percent of the market year-to-date through September, down from 91.6 percent over the same period in 2015. Advanced infrastructure and well-developed supply chain network have allowed China to own such a stronghold in the production and sourcing of Christmas articles, and will be nearly impossible to beat by the low-cost producers of Southeast Asia in the near term.

Hong Kong and Germany follow, each accounting for 1.5 and 1.3 percent of the total US Christmas trees & decorations imports market. 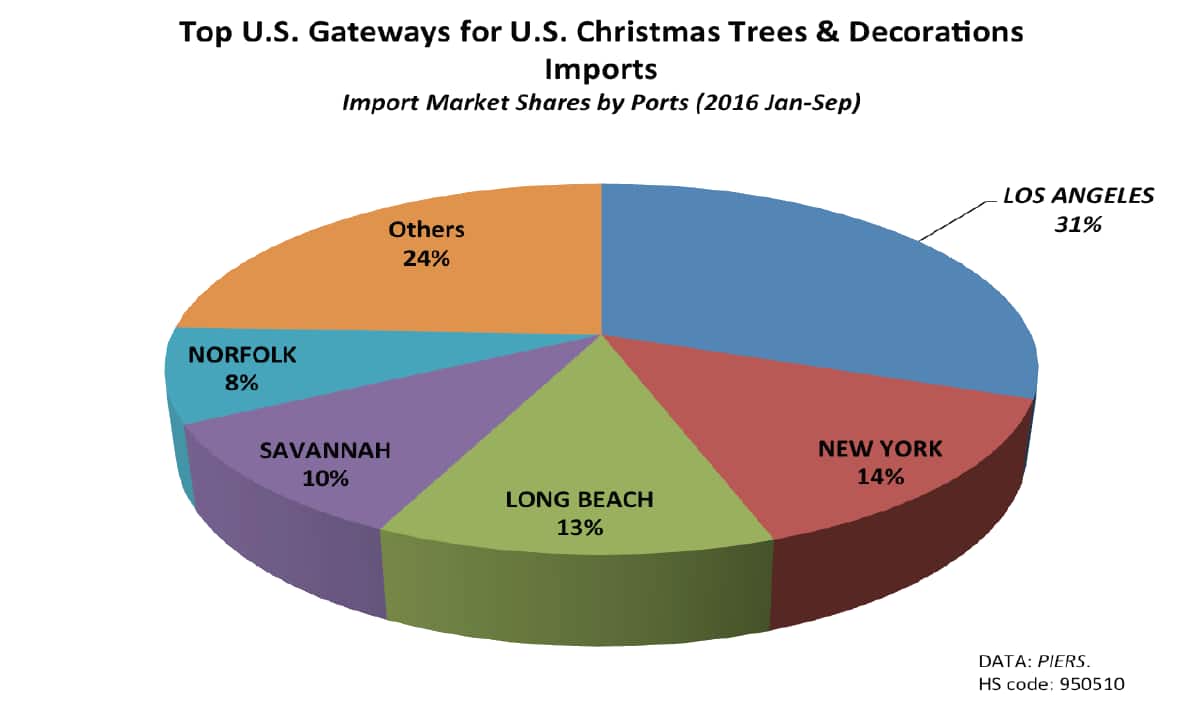 Learn more about how you can benefit from our trade data.