The Japanese economy saw a subdued end to 2020, according to preliminary PMI data, with falling service sector activity once again causing output to contract. Some encouragement came from the manufacturing sector, where the survey's output and new orders indices hit the highest levels for two years, and employment showed signs of stabilising.

However, business expectations for the year ahead weakened again during the month, as firms worried about the lingering impact of the pandemic. Furthermore, rising costs put pressure on profit margins, as the need to offer discounts amid weak demand caused selling prices to fall at an increased rate. 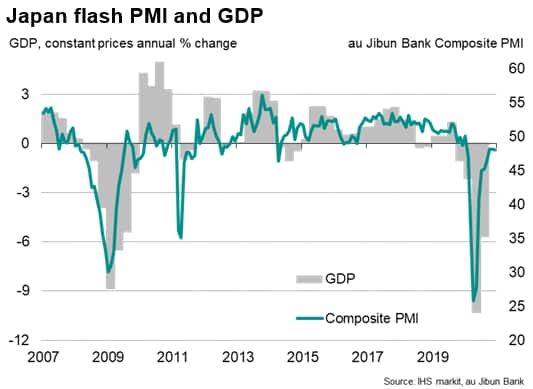 The flash au Jibun Bank composite PMI, based on around 80% of normal monthly replies, edged lower in December, down to 48.0 from 48.1 in November, indicating a further deterioration of business conditions. The lacklustre performance in December indicates a subdued end to 2020 for the Japanese economy, which has struggled to regain growth momentum as the COVID-19 pandemic continues to affect many businesses.

Business activity continued to worsen in December due to an ongoing marked decline in new business inflows during the month, in turn reflecting weakened domestic and export demand. The survey's composite new orders index signalled falling inflows of news work for an eleventh successive month, in part due to a continued loss of new export sales, which have now fallen for some 25 straight months. 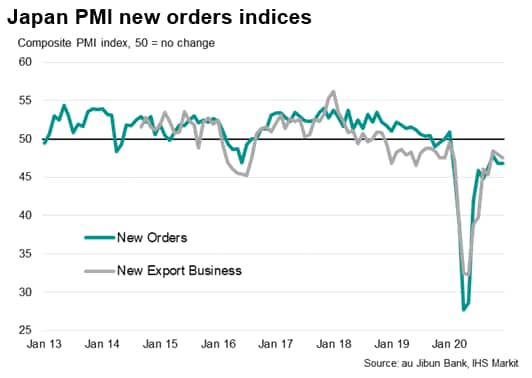 Service providers reported an especially tough end to the year, with business activity having fallen continually since a modest rise recorded back in January, dropping in December at the fastest rate since September in response to a further steep worsening of order books.

Manufacturing, in contrast, saw its PMI output index climb to the highest since December 2018, though remaining at a level which merely hints at production volumes approaching levels of a year ago. Although still deteriorating, the loss of new orders into the goods-producing sector was the smallest recorded over the past two years. 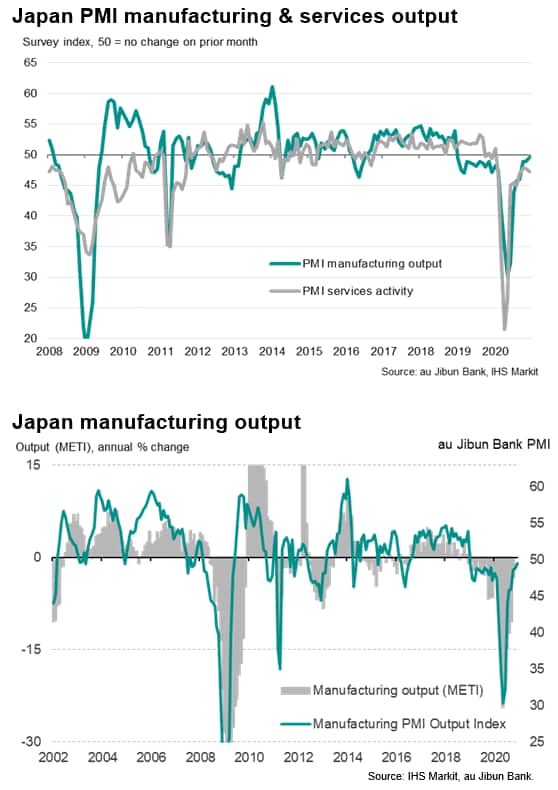 The relatively better performance of manufacturing was reflected in the survey's employment indices, with factories reporting a net increase in staffing levels - albeit only very marginal - for the first time since February. The service sector, on the other hand, reported a further reduction in headcounts during the month, meaning jobs have now been cut in nine of the past ten months. 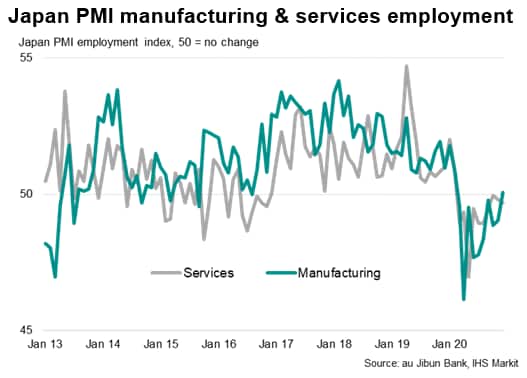 Manufacturers also remained more optimistic about prospects for the year ahead than services providers in December, largely reflecting expectations of further COVID-19 restrictions in activities such as travel, tourism and other historical and recreational services. However, both sectors saw future expectations slip lower, despite the month seeing brighter news on vaccine developments, adding to the subdued picture for the economy at the end of the year. Finally, the survey also brought news of firms' costs increasing at the fastest rate since February, rising in both manufacturing and services, linked in part to higher commodity prices. However, average prices charged for goods and services fell at an accelerated rate, as increasing numbers of companies offered discounts in the face of sluggish sales and weak final demand. The divergence between the survey's cost and selling price indices naturally bodes ill for profits, suggesting firms' margins are being squeezed. 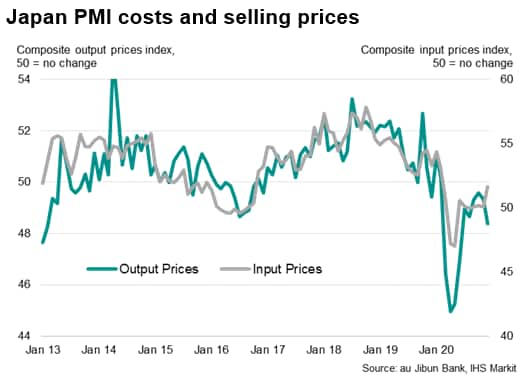