In the Israeli parliamentary elections held on 9 April, Prime Minister Benjamin Netanyahu's Likud party secured 35 of a possible 120 seats, making it the joint-largest party. Likud is likely to form a governing coalition with smaller, right-wing parties, securing Netanyahu's domestic position ahead of his likely indictment for three separate corruption investigations.

Watch Jack Kennedy, a senior analyst on our risk team, as he assesses the outcome. 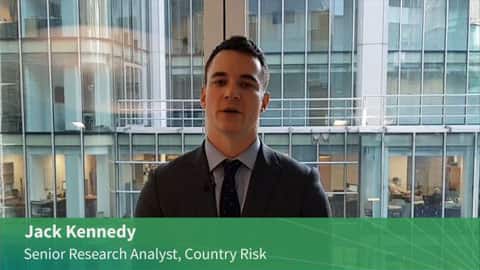