The Islamic State is urging women to become actively engaged in its battles, in a significant ideological move that highlights the group's bid to increase its manpower, according to new analysis from Conflict Monitor. Facing heavy attacks in Raqqa and Tal Afar and with rapidly shrinking revenues and territory, Islamic State's decline appears to be almost irreversible. 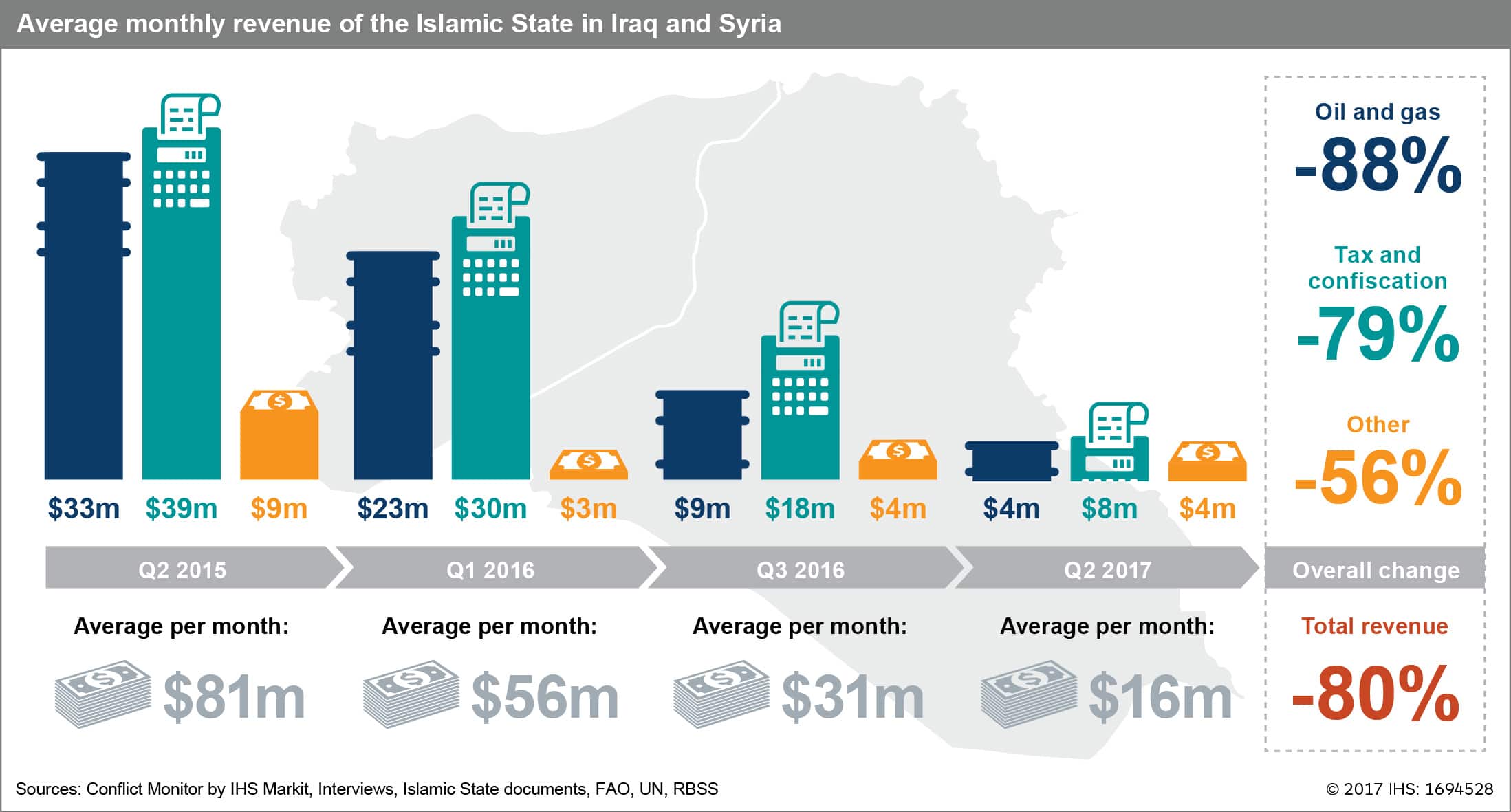 In the wake of depleting numbers of male militants, the group has begun to adjust its narrative to appeal to an untapped resource - female fighters.

Despite Islamic State's claims to the contrary, urging women to seek an active role in combat is most likely an attempt to reduce the impact of severe manpower shortages caused by the decimation of male fighters, and a recruitment crisis. While Islamic State has used female suicide bombers in the past, it has not done so in the concentration seen in Mosul, where current estimates of female-led suicide bombings stand at more than 40. It is as yet unclear whether the spike in female suicide bombings is simply a result of the final pockets of Islamic State resistance or women compelled by the group to execute those attacks, or whether it represents the beginning of a wider trend of female fighters willing to take part in the group's battles.

Islamic State's online magazine Rumiyah indicates a revisal of previous messaging surrounding the role of women. In an article entitled 'Our Journey to Allah', the author (likely a woman) emphasizes that the role of women is of increased importance, as "ahead of us await times of intense trials and extreme hardships, and times of severe battles" (Issue 11, released July 13).

Rumiyah magazine is released in several western languages, including French, German and English, indicating that this call is primarily directed at a Western audience, likely the wives and widows of foreign fighters still living in the group's self-proclaimed Caliphate.

This rhetoric marks a stark contrast to previous propaganda that had highlighted women's primary function as wives and mothers of mujahidin. Historically, women have been absent from Caliphate institutions, with the single exception of an all-female brigade responsible for policing women in Raqqa - enforcing non-Islamic dress infringements and ensuring that women only leave their house when accompanied by a male relative.

The content from this blog post is compiled from Conflict Monitor an open-source intelligence collection and analysis service. It generates unique data-driven insights on the conflict in Iraq and Syria, combining unrivalled information collection with advanced analytical tools, and analysis by Jane's security experts.

To request a demonstration or for more information visit Conflict Monitor.