Iraq under pressure due to OPEC+ production cuts

Shipments from OPEC members are already significantly down in the first half of May compared to last month. Total volumes exported from the 13 members in week 18 reached 25 million b/d, with shipments having only marginally surpassed 20 million b/d last week. The cartel seems to be rather decisive and immediately responding to its commitment to reduce production, in an effort to support oil prices in the global market. All eyes are now on Iraq, which has been considered the big OPEC+ deal cheater last year, as the country tries to reduce production without financially collapsing. 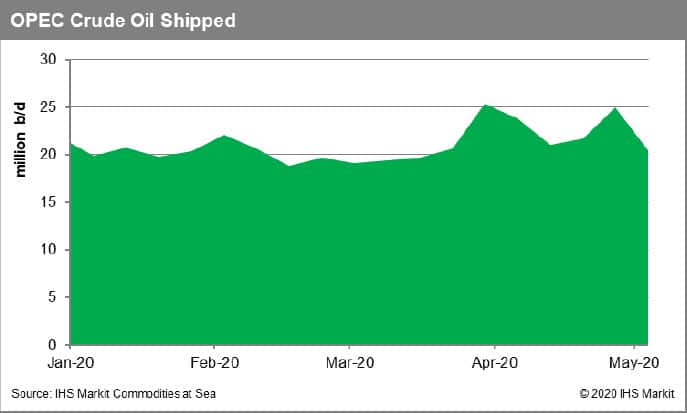 Iraq has been one of the least compliant members last year but was determined to meet its target within May. OPEC's second biggest producer has already informed some of its crude oil buyers that the full contractual volumes requested for June won't be met. Their customers who have been buying barrels from Iraq would need to replace these volumes with other sources. This must have come as a surprise as memories of Iraq not fully complying to OPEC+ production cuts are still rather fresh. Iraq has been focusing on improving its market share in the Asian market last year, but the country has now quickly proceeded by reducing supply to Asian clients even before Saudi Aramco. Clients to receive reduced oil volumes from Iraq in June include Total, India's Bharat Petroleum Corp and South Korea's GS Caltex. 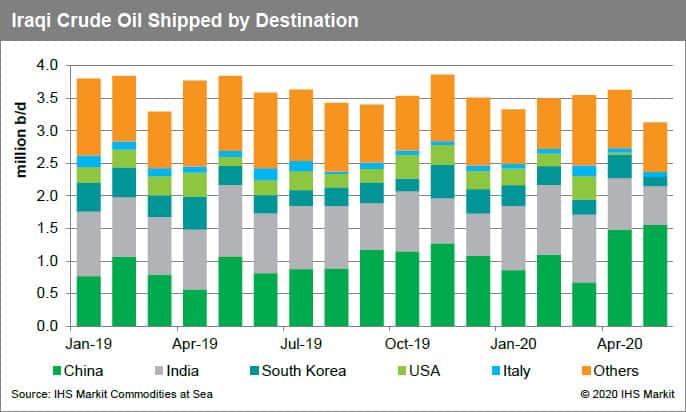 Producers around the world, including OPEC+ and other exporters, seem to have been left with no other choice, as pressure against oil prices remains the biggest enemy for all of them. But this can't be an easy task for Iraq for sure. The target of cutting barrels for June is clear but coming up with a detailed plan on how to adjust production of each oilfield could prove rather challenging.

The Middle Eastern country was facing difficulties in forming a new government which will need to take decisions about how much crude oil barrels it will export. According to the recent OPEC+ deal, Iraq had to reduce its production by 1.06 million b/d, from 4.59 million b/d in March. International oil majors have been operating the country's biggest oilfields, with companies such as BP, Eni, ExxonMobil and Lukoil being highly involved. Negotiations with these companies held during the past days were quite tricky. But Iraq is now expected to cut its oil output only by around 700,000 b/d as it failed to finalize an agreement on deeper reductions with international oil majors. 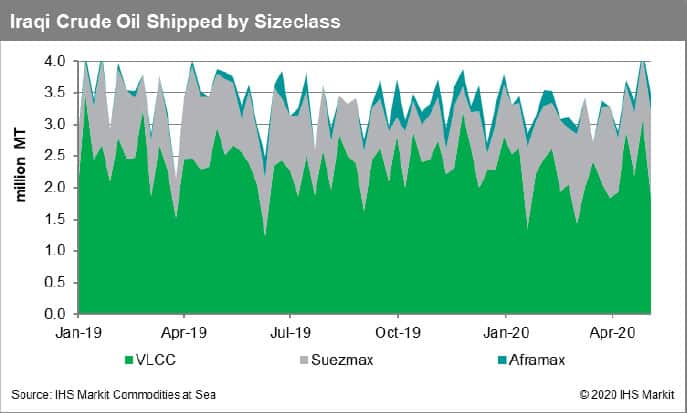 Iraq remains deeply divided and the collapse of oil prices will add more pressure to the country which derives most of it's government revenues from the export of crude oil. Most recent figures suggest that oil export sales reached only USD 1.4 billion in April, when USD 5.5 billion is needed to cover just state expenditure and pensions. Monthly average earnings did stand above USD six billion last year. The new government is now negotiating with international oil companies to postpone payments to them while focusing on cutting costs. Iraq pays around USD one billion a month to IOCs. Iraq suffered the most severe hit to production among OPEC members in April, which reached 110,000 b/d driven by low fuel demand and lack of refined product storage capacity.