Insight into the global variation of mean export distance

In the present analysis, we have combined the GTA Forecasting historical trade data over the period 2000-19 with the matrix of bilateral distances between countries using the "as the crow flies" approach between their capital cities and weighted distance using the distance between the three largest cities by the population of the reporter and partner.

Knowing the intensity of trade and the structure of trade relations by country, we have calculated the mean export distance (in kilometers) for individual reporters in our database as an export-weighted mean, analyzed the patterns and their evolution over time.

Mean export distance is a function of:

From a business perspective, the distance of trade together with the nature of the exported product has an impact on the choice of means of transport.

The variation in mean export distance and its changes

Overall mean export distance differs significantly between countries. It varies from 984 km for Bosnia & Herzegovina, 1,086 km for Belarus, 1,272 for Slovenia, 1,340 km for Croatia up to 15,867 km for Cocos Islands, 14,095 for Chile, and 12,871 for Tokelau. In general, the distance is the lowest for small economies in Europe and the largest for peripherally located Pacific Ocean (in particular island states in Polynesia and Micronesia) and South America states. Thus, to a substantial extent, reflects the distribution of landmass between the northern and southern hemisphere and the size of states.

The mean export distance globally has been significantly affected by one key factor - the unprecedented growth of China (mainland) and thus the shift of locus in global economic activity in particular in the manufacturing towards East and Southeast Asia, in general, observed over the last four decades. 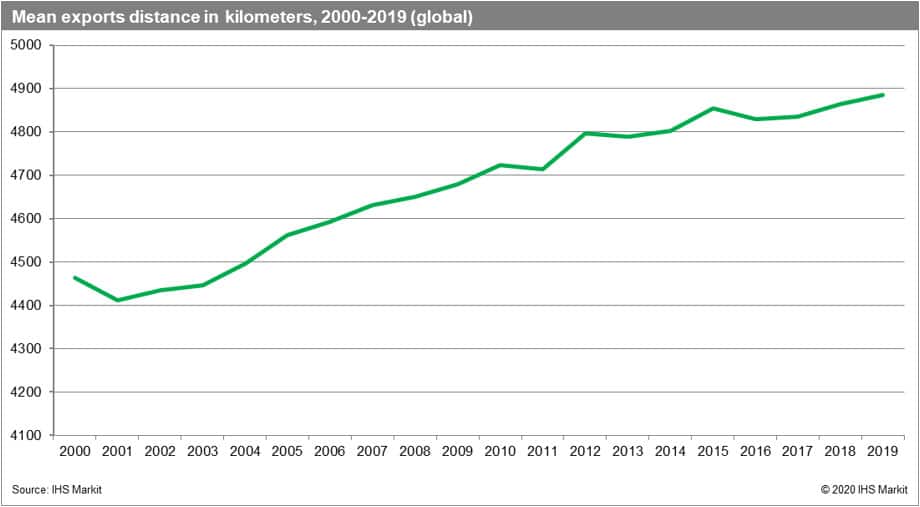 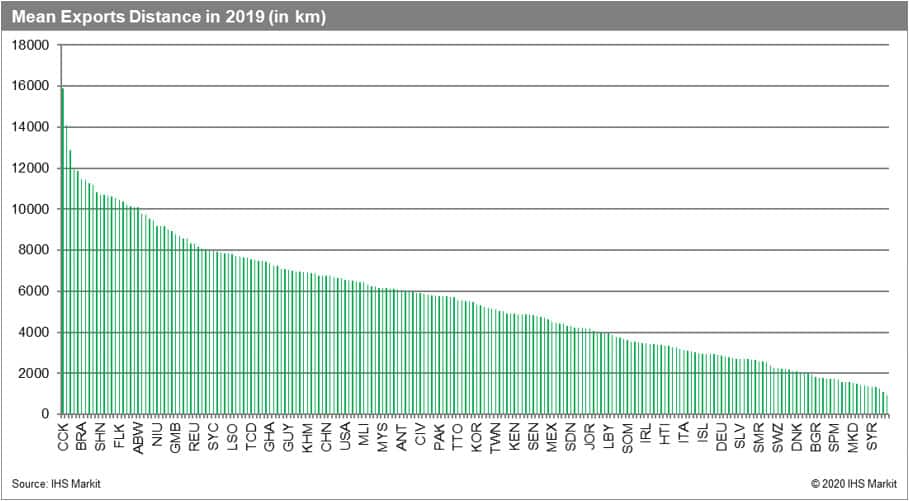 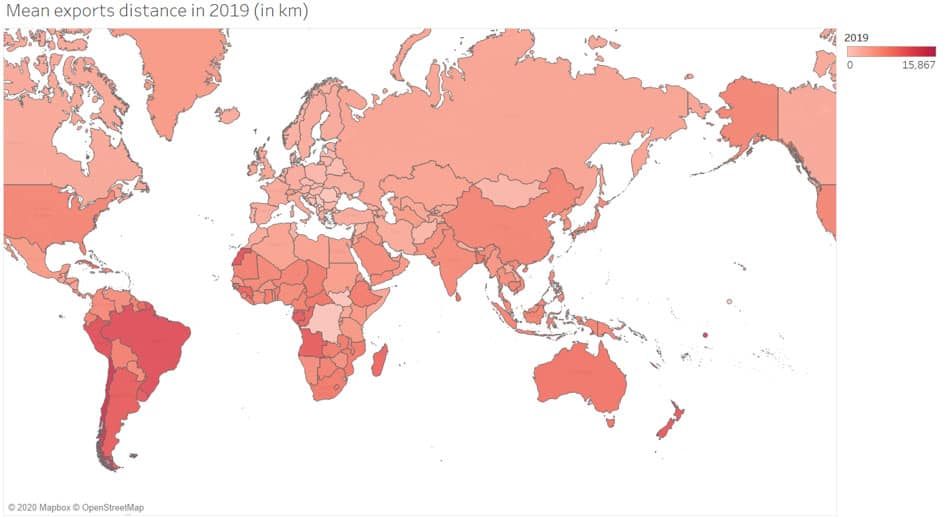 The change in the mean export distance in the analyzed period 2000-19 brings interesting results from a regional perspective. 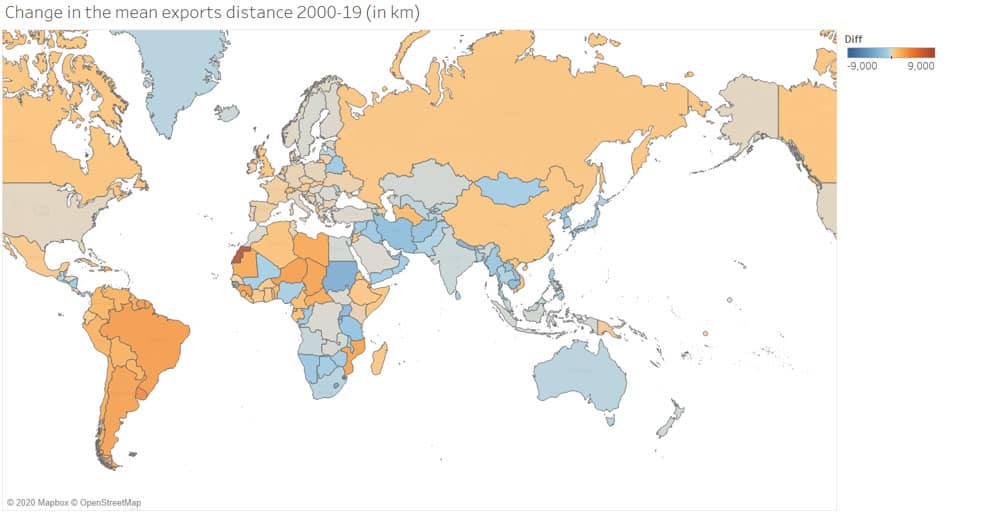 In terms of the dynamic of growth in exports, three countries stand out: China, India, and Poland. In terms of the increase in the mean export distance, it's Brazil. Once again, we see that the Chinese and Vietnamese mean export distance increased while it decreased in most large economies of the region of Eastern, Southeastern, and South Asia as well as Australia. It could be indicative of the development of the regional value chain with China mainland as a hub. 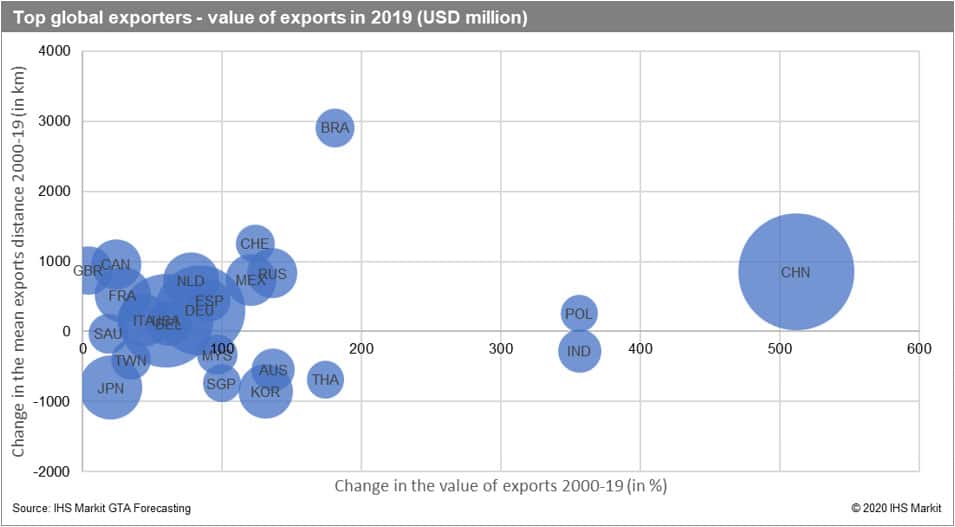 This column is based on data from IHS Markit GTA Forecasting