The Turkish economy has begun to show signs of improvement following the impact of marked currency depreciation in 2018, with inflation back into single digits and interest rates on the way down. The Istanbul Chamber of Industry (ISO) PMI has shown the manufacturing sector stabilising, led by a rejuvenation in Istanbul during October. Firms will hope for further improvements as 2019 draws to a close, despite a relatively weak global economic environment.

The inflationary picture for firms is much more benign than it was this time last year. Although the PMI Input Prices Index continued to signal marked increases in input costs during October, the rate of inflation was well below the series record seen in September 2018, providing some respite for firms who saw substantial increases in their cost burdens in late-2018 and the first half of 2019. In turn, manufacturers lowered their own selling prices for the second month running as part of efforts to boost demand in what is still a challenging market environment. 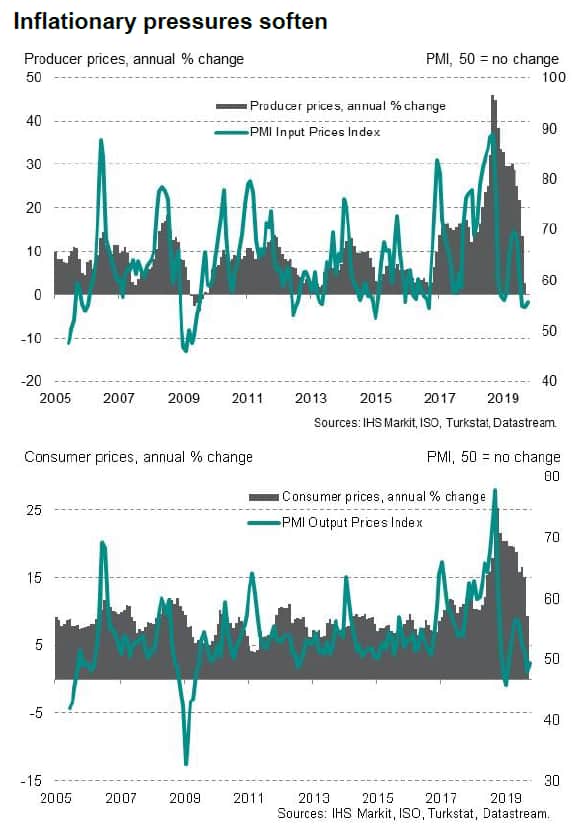 The softer inflationary picture has been helped by relative stability in the exchange rate. Although the Turkish lira remains weak, at around US$5.8, the currency is some way above its worst point of US$6.7 in September 2018, thereby helping the annual inflation figures. This has also been evident in responses to the PMI survey, with firms much less likely in recent months to cite currency related factors as having caused rises in input costs. 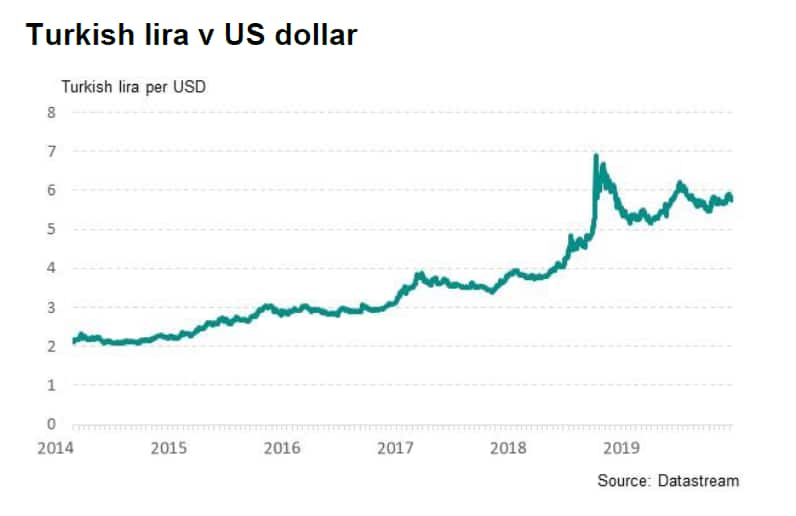 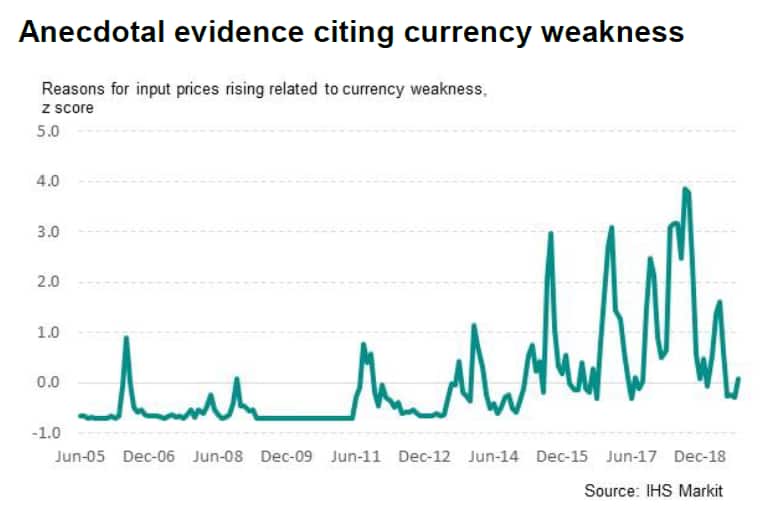 The Central Bank of Turkey has seized on slowing inflation to cut interest rates at each of its past three monetary policy committee meetings. At 14%, interest rates are now 1,000 basis points below the emergency rate of 24% introduced in September 2018. It can be expected that the bank will continue to lower rates at their next meeting on December 12th. 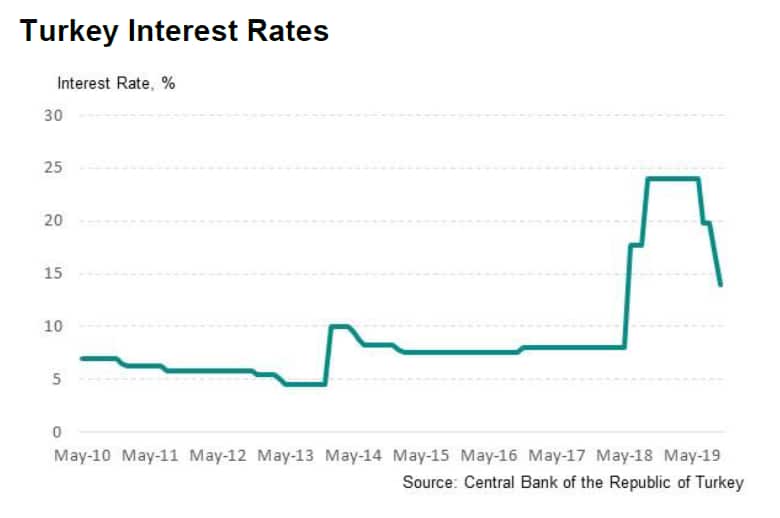 Recent months have seen the Turkish manufacturing sector move closer to recovery, although the PMI signalled a pause in this trend in October. Production ticked down, following a stabilisation in September, but the rate of decline was much weaker than those seen at the worst of the recent downturn. In fact, looking at the historical relationship between the PMI and official data, the PMI Output Index is currently at a level consistent with manufacturing output in Turkey rising by around 2% year-on-year. 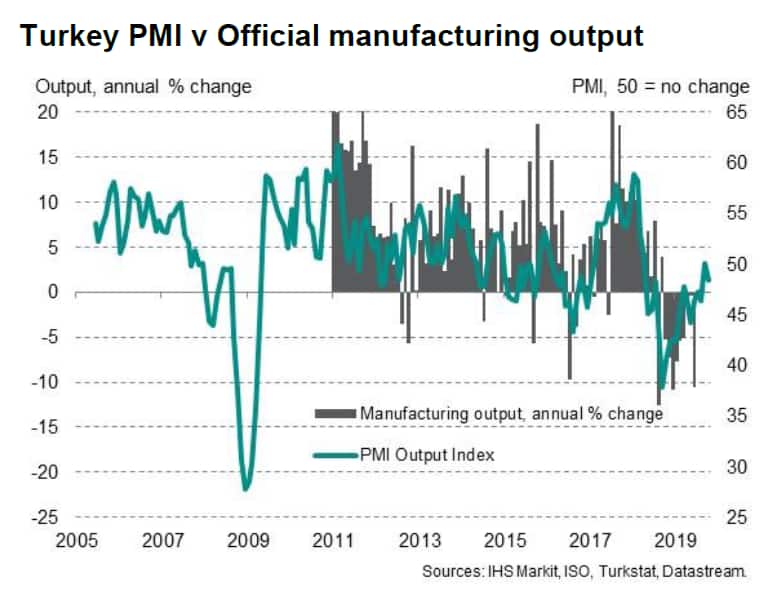 While the recovery across Turkey as a whole paused in October, the same can't be said of Istanbul, which saw growth accelerate. In fact, the outperformance of Istanbul relative to the Turkish economy as a whole was one of the largest since Istanbul-specific PMI data were first available in January 2006. Solid growth of output reflected the fastest rise in new orders for 20 months, with job creation one of the sharpest on record. 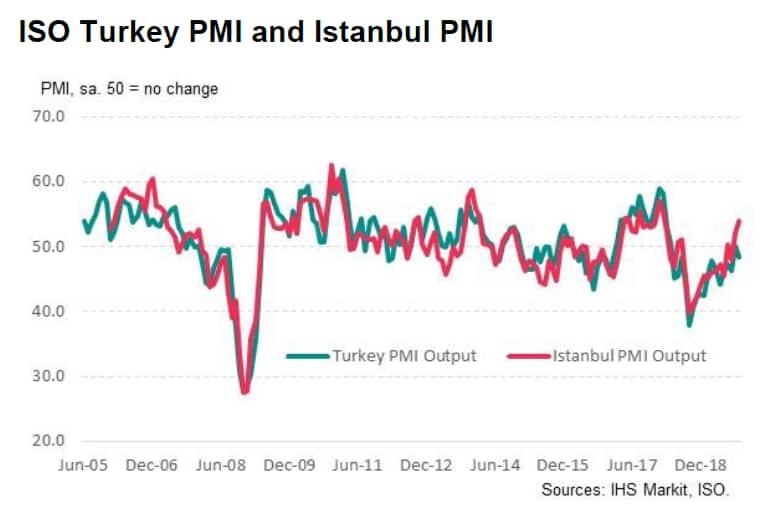