Indonesia sets 2060 net-zero ambition, but the power sector does not appear strongly committed yet

On 22 July 2021, Indonesia submitted the Long-Term Strategy for Low Carbon and Climate Resilience 2050 (LTS-LCCR 2050), which aims to contribute to the global decarbonization goal while maintaining a national balance between emission reduction and economic growth.

Specifically, LTS-LCCR 2050 provide a decarbonization solution in the power sector, that relies much on carbon capture, utilization, and storage (CCUS) implementation instead of a sheer coal phaseout. it proposes to equip 76% of coal-fired power capacity with CCUS to curb emissions by 2050, which indicates that coal will continue to have an important role in the power sector.

The LCCP scenario expects that by 2050 the power sector will nearly be decarbonized through massive renewable deployment, coal power plants equipped with CCUS, and biomass-coal cofiring power plants that are also connected with CCS.

The LCCP scenario views that CCUS is necessary for the power sector's low-carbon strategy, and it projects 76% of the coal power plants will be equipped with CCS by 2050. It also estimates that by 2050 coal will contribute to 40% of the country's total power demand, and coal + CCUS alone will account for 30%. 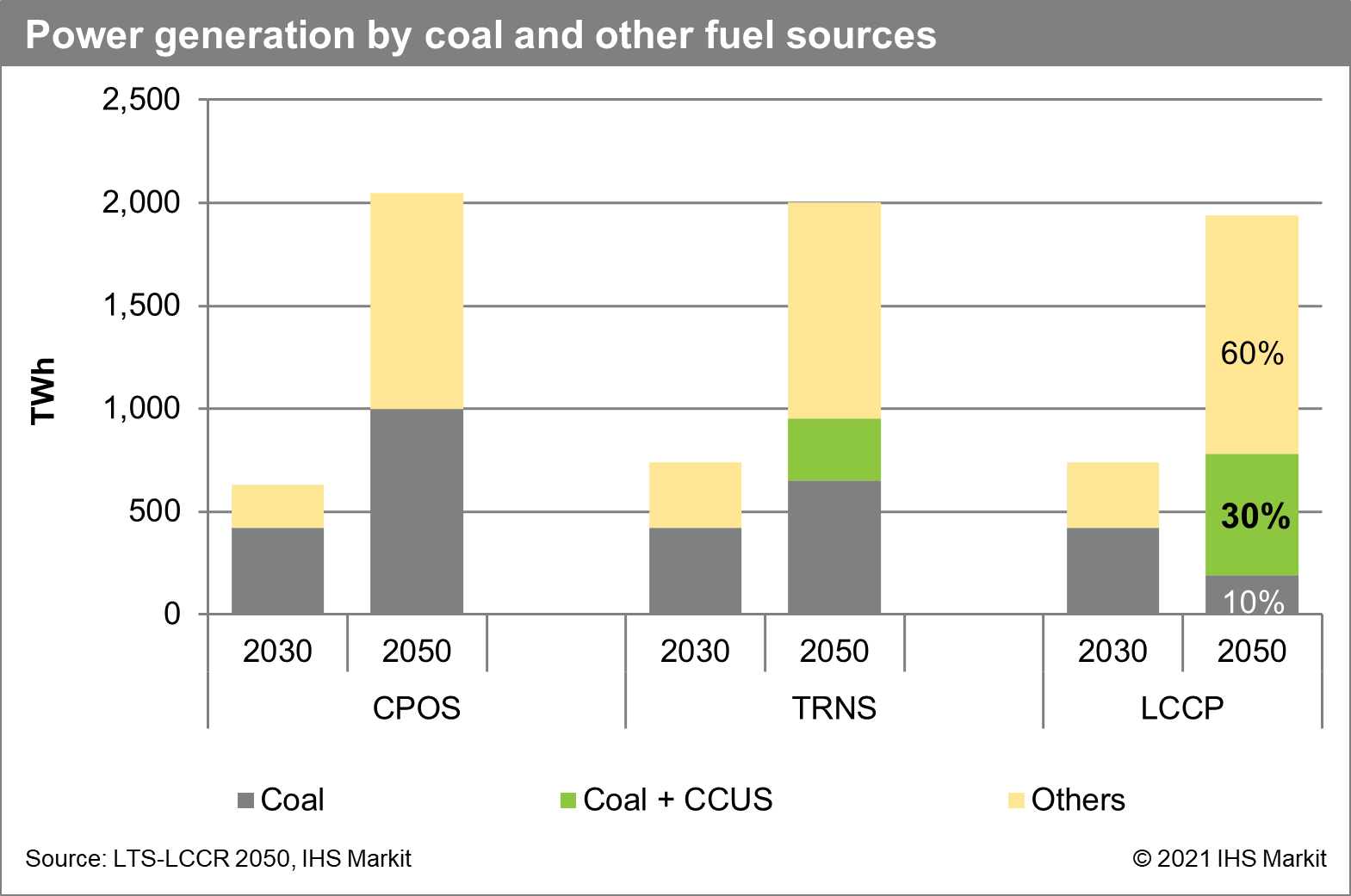 However, the plan looks technically and financially questionable. The IHS Markit database shows that the cost of CCUS will likely stay high, adding up to 78% to the levelized cost of electricity (LCOE) of traditional coal-fired power plants by 2050, and is unaffordable for the already indebted Perusahaan Listrik Negara (PLN).

Separately, Indonesia also announced a series of policies to curb emissions from the power sector, such as replacing highly polluted thermal power plants with renewables or replacing the diesel by LNG, stopping the approval of new coal-fired power plants, targeting to retire all coal capacity by 2055 and planning to make biomass cofiring mandatory. 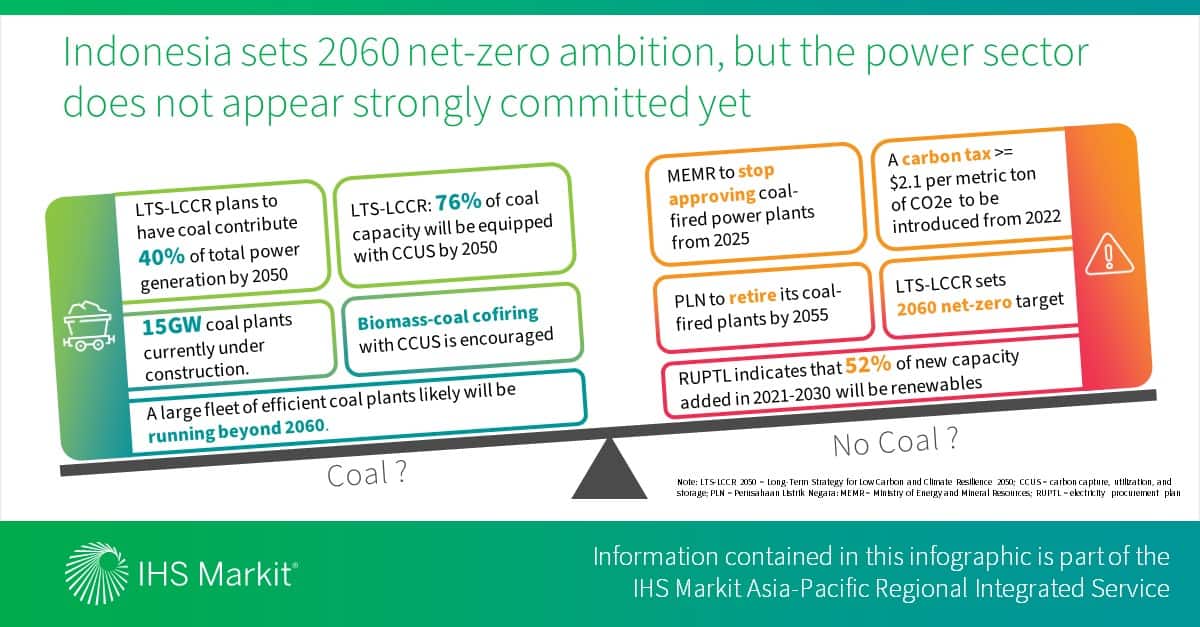 These policies look ambitious and likely prove that Indonesia is determined to fight against carbon emissions. However, these messages somehow contradict the fact that there is continuous construction of coal-fired power plants without CCUS, and solid execution policies or practical solutions to safeguard the targets are still lacking.

As a result, coal certainly will remain the major contributor to the power fuel mix for a few decades. The new electricity procurement plan (RUPTL), released in October, despite adding more renewable energy compared with previous versions, still forecasts one-third of new power capacity by 2030 will be coal-fired.

For the longer term, while PLN claimed to phase out coal capacity by 2055, it continues to build new capacity including 15 GW currently under construction. Since the coal plants in Indonesia typically operate for 35-40 years, sizeable efficient coal plants likely will be running beyond 2060.