The deviation settlement mechanism (DSM) regulation has undergone various changes since its launch in January 2014. The first major update was introduced in November 2015, when a separate deviation structure and pricing structure were implemented for the renewable generators. Further, the fourth amendment in 2019, linked the deviation charges to the daily average market prices discovered in the day-ahead market (DAM) segment on the power exchanges.

While, recently, in March 2022, the Indian central regulator (CERC) notified the new DSM regulations, which links the deviation charges to the time block-wise market prices including new market segments on the power exchange. Although the regulations have been notified, they have not been implemented yet because of the preparatory work on the several changes identified.

The new regulations link deviation charges to market prices, thereby increasing market price risk for the power plants. The new DSM regulations links deviation charges to time-block wise prices discovered in the day-ahead market (DAM), real-time market (RTM), and ancillary services market (ASM), instead of average day prices in the DAM. At one hand, the deviation bands have been tightened, because of which plants will be penalized more with the same level of deviation as before. On the other hand, the deviation penalties have been linked to market prices (instead of the PPA price, a predetermined and controllable parameter), which has exposed power plants to market price risk. 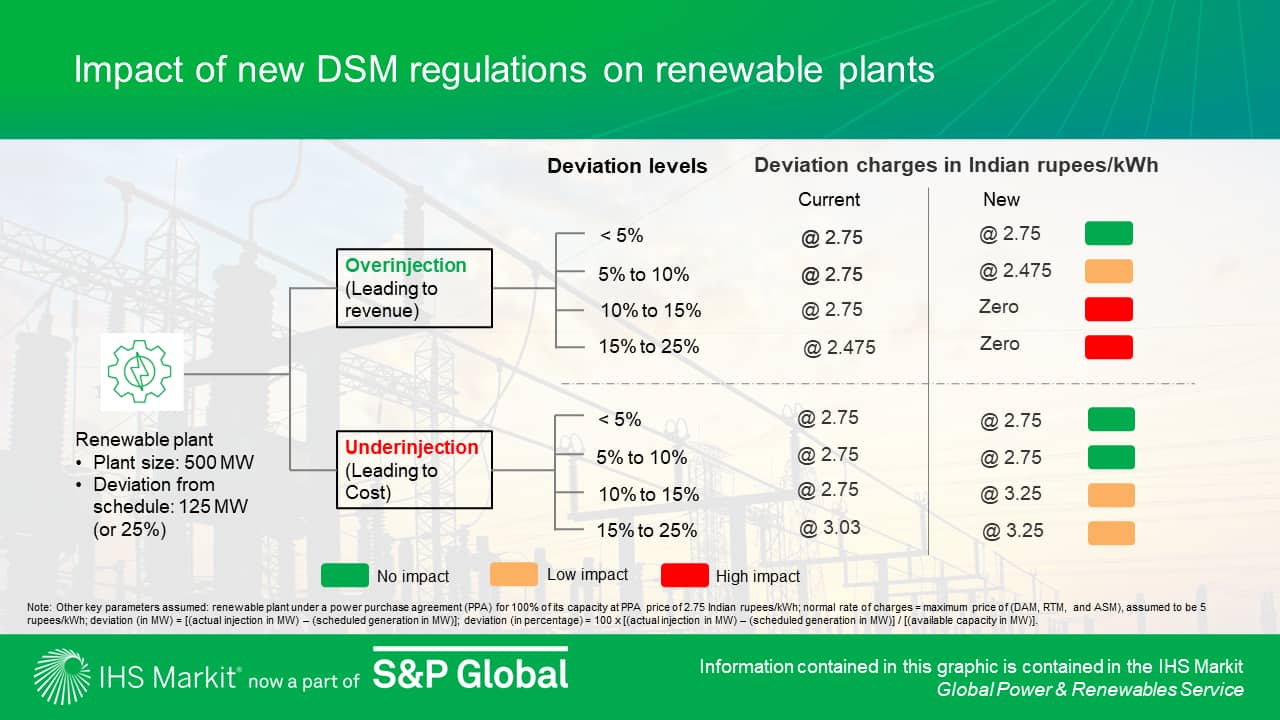 To avoid these impacts, wind plants will be required to invest in better forecasting technologies or install battery storage systems. This additional cost will cut directly into the project internal rates of return (IRRs) and returns on equity (ROEs). On the other hand, new renewable plants that are still under bidding would need to recalibrate their bidding strategies and account for the increased regulatory risk. This could potentially impact the tariffs in future bids.

So far, the central regulator has not indicated any intentions to provide relief to existing capacity on these accounts. Further, currently the renewable lobby is opposing the new DSM framework for the want of keeping existing renewable plants out. Therefore, the implementation is likely to be delayed.

Learn more about our research into the global power and renewable energy markets.

#upstream -The cost of developing upstream #oilandgas assets increased by over 7% in the first half of 2022. With e… https://t.co/5DpJnzv0WA