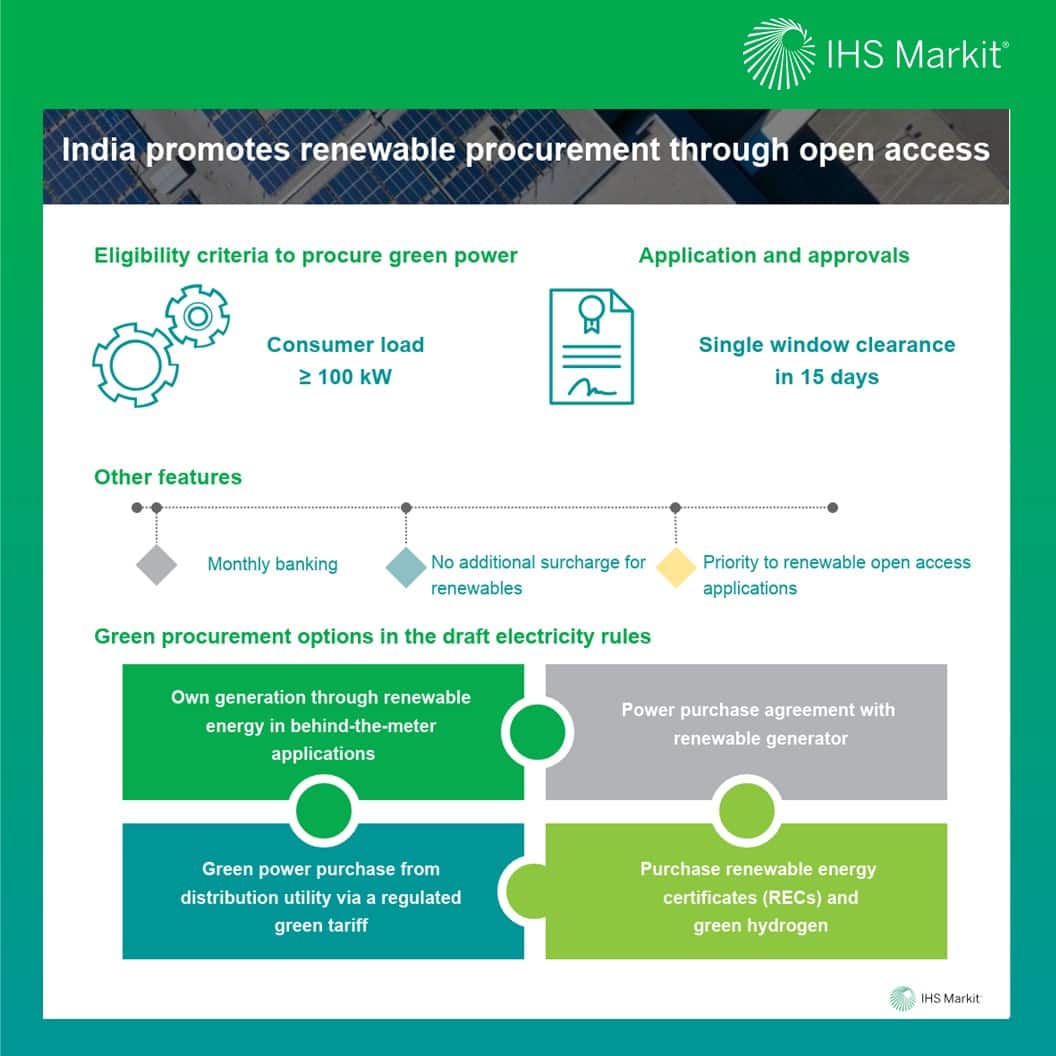 Key features of green energy open access rules are as below:

Following are a few comments, suggestions, and questions submitted by IHS Markit for the consideration of the ministry of power:

Learn more about our Asia Pacific energy research with a climate and sustainability focus.