The proposed 30 GW of new types of energy storage—defined as non-PHES—by 2025 would require a rapid buildout from the current installed base, which by the end of 2020 was only 2.0 GW and comprised nearly entirely battery storage. Compared with the IHS Markit base-case forecast of a 13 GW installed base by 2025, the 30 GW target by 2025, if achieved, would drive forward IHS Markit's forecasted amount by about three years. While the relative difference is large, IHS Markit does not expect the impact on the grid as a whole to be significant. Battery storage occupies only a small share of China's power system in this timeframe.

From a technology point of view, while the policy does not name any specific storage technologies beyond PHES, lithium-ion batteries are best positioned to scale up to the targeted level. A potential runner-up would be vanadium redox flow batteries, which have received a significant level of government support in China, yet developers have still encountered difficulty bringing the technology to scale.

China's domestic lithium battery supply chain also suggests there should not be a problem in terms of delivering such an ambitious volume, though there will be competition with the rapidly growing electric vehicle (EV) market. Batteries for stationary storage applications are produced from the EV battery manufacturing lines, and supply chain market dynamics are driven largely by EV demand.

China's tier-1 cell manufacturers (defined as those who sold batteries to the 10 largest EV manufacturers globally in 2020) already have significant commitments to EV manufacturers, and therefore are unlikely to have sufficient surplus capacity to provide all of the batteries required to meet this target. However, China is home to over 70 tier-2 (having at least one production plant with 3 GWh capacity) and tier-3 (with plants smaller than 3 GWh), and the 30 GW target may present an opportunity for them. 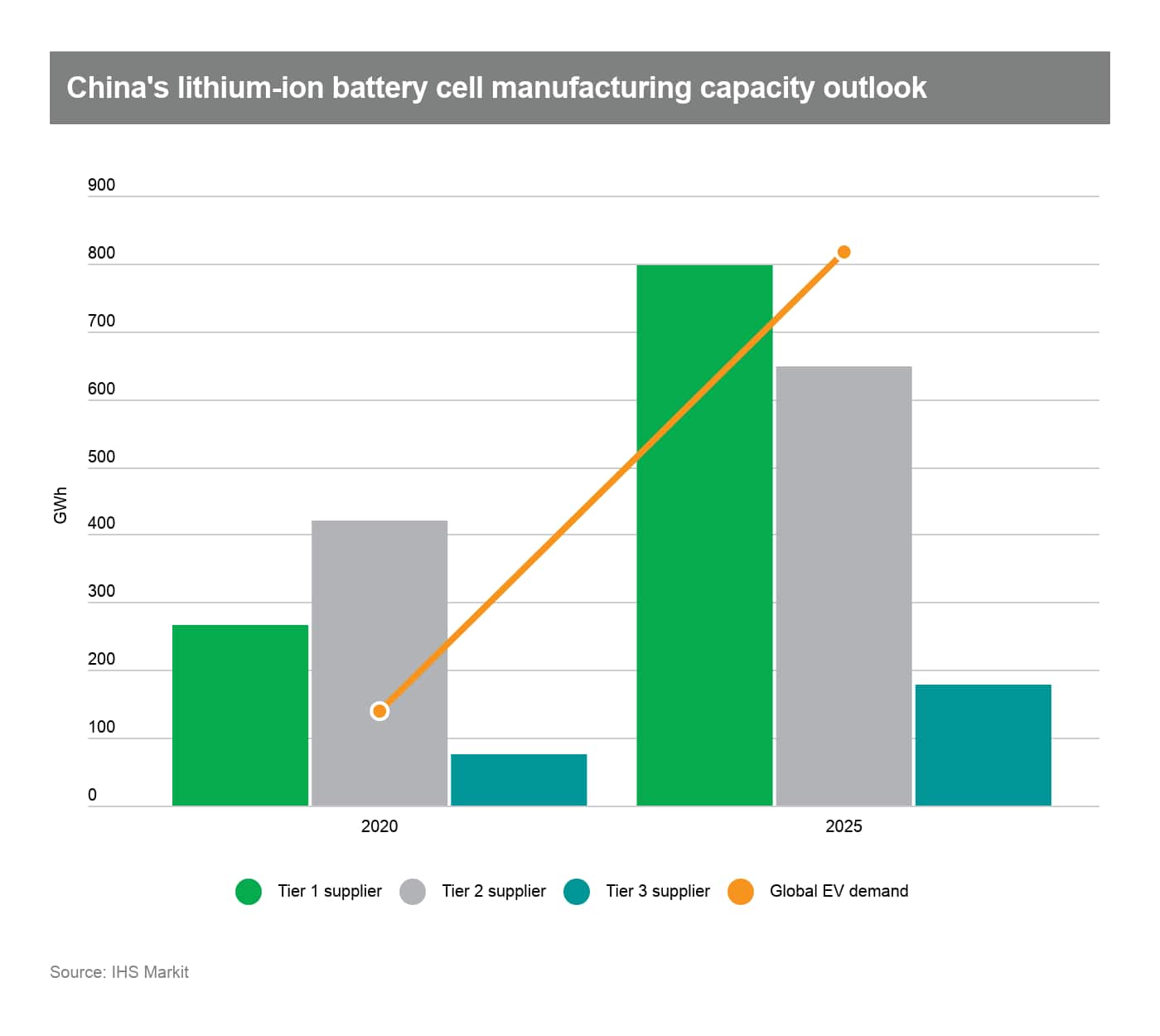 Unhindered by grid constraints and manufacturing capacity, the target's feasibility instead faces a major uncertainty in the lack of compensation avenues to pay batteries for the services they provide the power system.

The current project pipeline has been largely driven by local mandates that require renewable developers to pair battery storage with newly installed projects. But under current power system design, the cost burden of these batteries is high. Renewable plant developers receive the same regulated on-grid rates for power generation whether or not a battery is installed.

China's power marketization efforts will be an important area to watch in upcoming years as energy storage is increasingly used to enable higher penetrations of renewable power in China's grid. Whether or not the 30 GW target is reached will hinge on how market mechanisms are designed and implemented over the next four years.

Learn more about our energy and technology research in Asia Pacific.

Sam Wilkinson is a Director for the Clean Technology and Renewables team at IHS Markit.