In this price volatile environment, we should expect a number of key financial metrics such as the net present value (NPV) of an asset, the project breakeven and the Internal Rate of Return (IRR) to be moving targets. We did an analysis on the oil targeting projects in Latin America which had an FID date (assumed or announced) between 2020 and 2022 and the insights we gained were very interesting.

Key takeaways from our analysis are as follows:

At $50/bbl, cash flow from this selection of assets to the end of the decade is approximately US$40 billion. That same set of assets cumulatively do not make money at an oil price of $30/bbl. 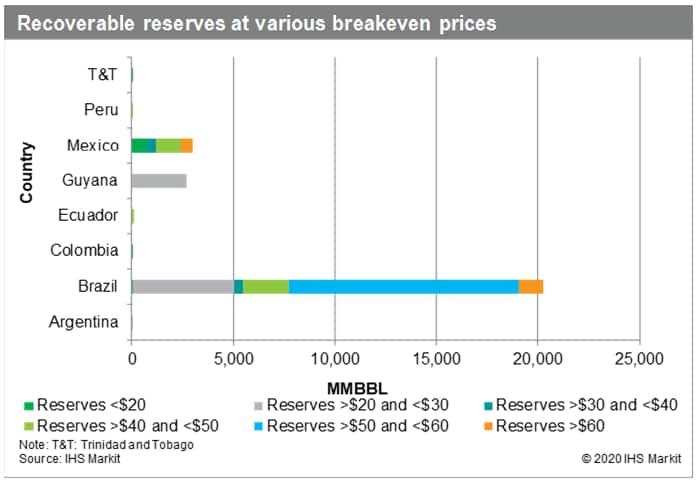 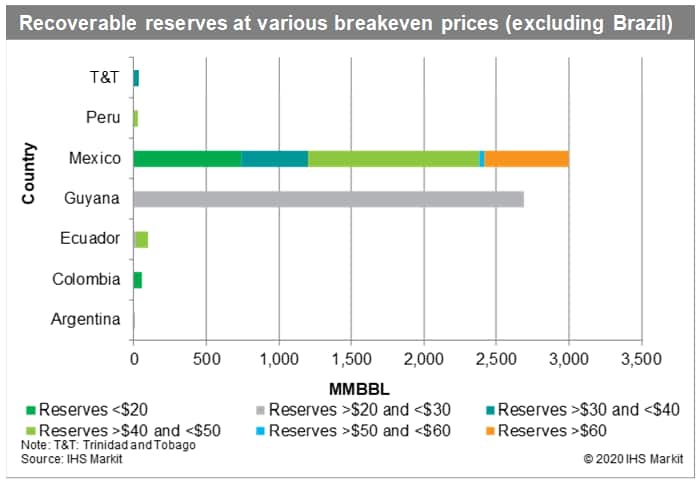 When the same set of assets are analysed to understand the impact on the capital investments, we find that close to US$65 billion could be put at risk of disappearing in the short term as projects get delayed. The country which will be impacted most would be Brazil. For these assets the cost of development is usually higher because of the water depth, the presence of contaminants such as high CO2 content, distance to coast and the fiscal terms. The pre-salt field reservoir is high pressure, high temperature, which leads to complexity in drilling and other technical aspects of project development. 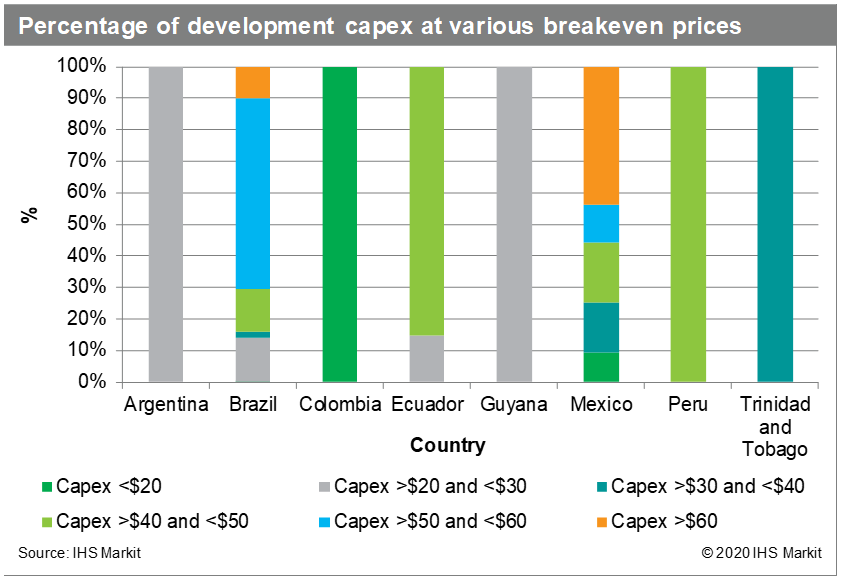 At 20 dollars per barrel of oil price, it will take almost till the end of the decade for these projects to come back into the black and provide positive cash flows to the companies involved. At $50, the same projects were expected to reach positive cash flows in 5 years. That is a five-year delay. 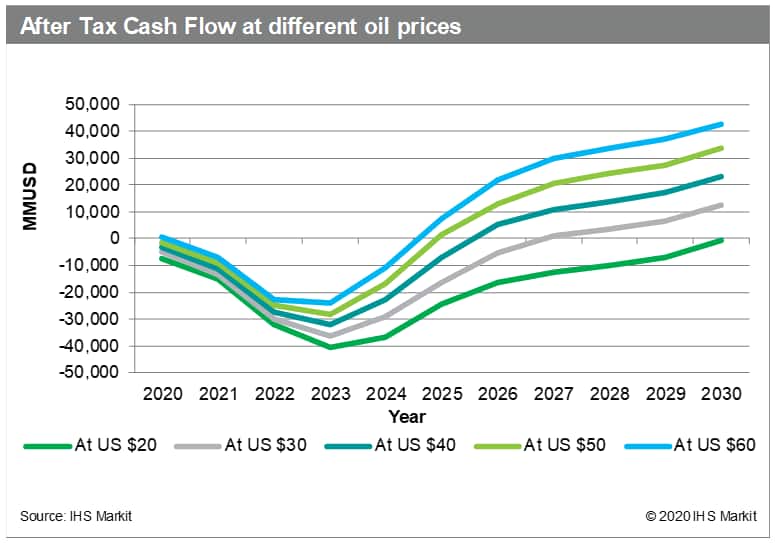 Aggressive cost cuts will be needed to revive activity in the region. Government support with measures such as reduction in government take could also help support the industry.

Aggressive capex reductions are necessary because, as per our analysis, reduction in capex of 5% to 10% will not really move the needle and make these any of these projects viable for investments. When we reduced the capex across the selected assets by 25% at US$40/bbl, we started to see the assets give a positive NPV across all the countries. 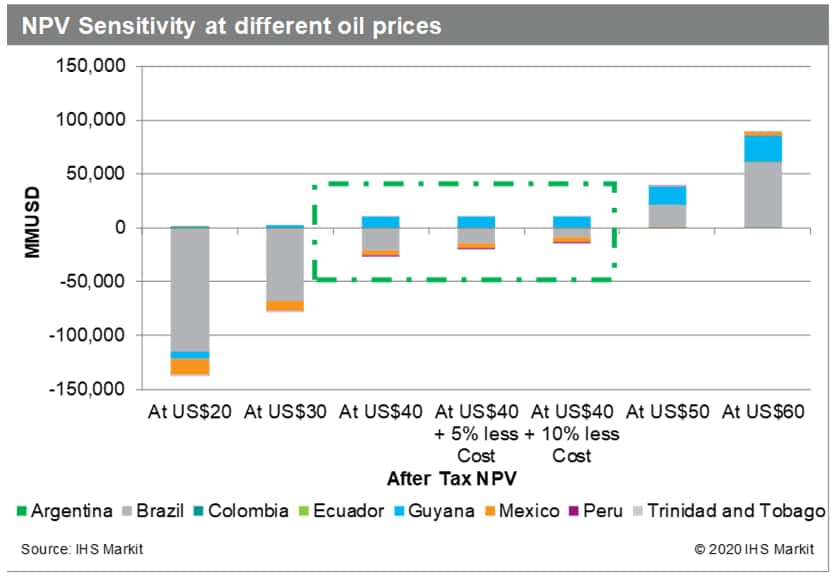 Siddhartha Sen is a Director for the Energy Research & Analysis team at IHS Markit.