The pace of US economic growth slowed in the second quarter, and PMI survey data hint that the expansion could remain relatively lacklustre in the third quarter. 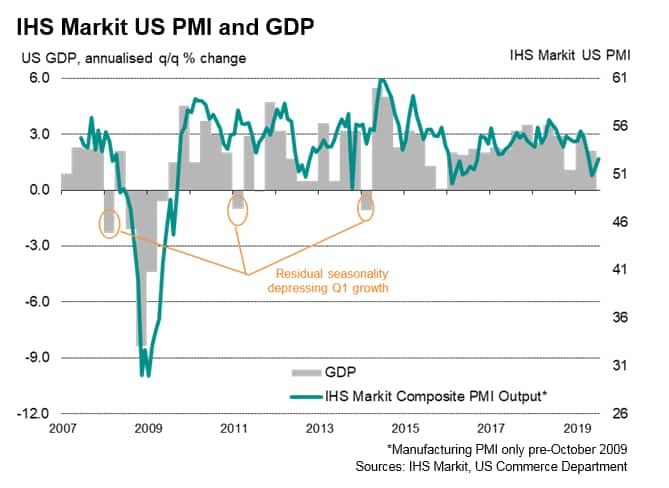 An improvement in the overall rate of services sector business activity growth signalled by the IHS Markit Services PMI for July is welcome news, with firms reporting the quickest increase in activity for three months. Inflows of new business meanwhile grew at the fastest rate since March.

However, although this represents an improvement on the average pace of expansion seen in the second quarter, July's rate of growth of services activity remained markedly weaker than seen in the first quarter.

Moreover, the services PMI data follow news that the manufacturing sector reported its toughest month since 2009 in July. The IHS Markit survey is indicative of manufacturing production falling at an annualised rate in excess of 3% and flirting with recession, led lower by a deterioration in exports.

Taken together, the weighted average of the PMIs for manufacturing and services points to GDP expanding at an annualised rate of under 2% in July, below the 2.1% gain seen in the second quarter and among the weakest rates recorded over the past three years. 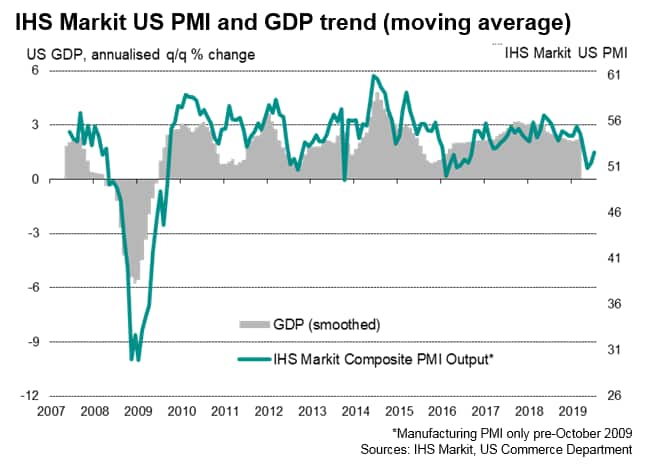 Although new order inflows picked up at the aggregate level across both sectors, companies grew increasingly cautious about the longer-term outlook. Trade war worries and wider geopolitical jitters, as well as growing concerns that the economic cycle has peaked, pulled the survey's future expectations index to the lowest since comparable data were first available in 2012. Hiring has meanwhile been hit, in line with the deterioration in confidence about the business outlook. The monthly gain in employment recorded in July was unchanged on the 26-month low seen in June. 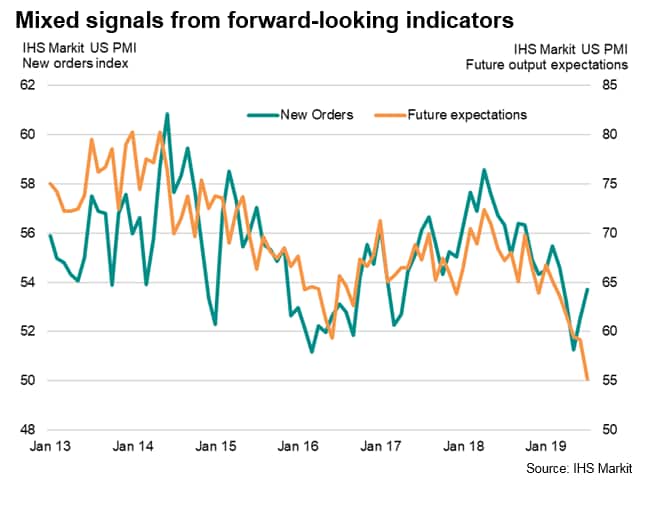 The drop in confidence suggests downside risks have increased in the near-term at least, hinting that the upturn in growth seen in July could prove short-lived and hence adding to signs that GDP growth could remain disappointingly modest in the third quarter. Much will depend on trade war developments, and the ability of the service sector to sustain growth and offset the manufacturing slowdown.