As of 11 September 2017, IHS Markit expects that annualized real GDP growth in the third quarter, previously estimated at 3.1% in our August US macro forecast (released on 10 August), will be cut to 2.1%. This markdown, which is the same as in our latest US macro forecast (released on 7 September), is mostly due to a weak construction report for July, a flattening rig count, and the destruction caused by Hurricane Harvey. Our real consumer spending growth forecast currently stands at 2.5%.

The BEA's second estimate of second-quarter real GDP growth (annualized) was revised up, from 2.6% to 3.0%-the fastest pace in more than two years. Consumer spending growth was bumped up from 2.8% to 3.3%, with stronger spending on phone services, used cars, and electricity and natural gas. Our current thinking on the third estimate of real GDP growth is that a revision is unlikely. 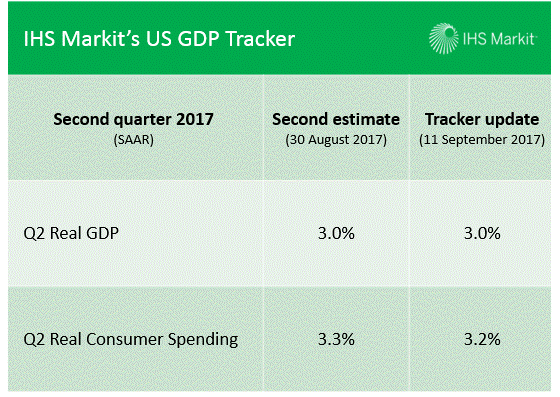 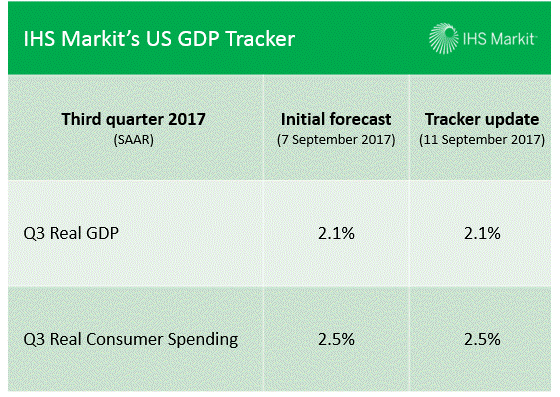