If yields continue to rise...

Following global stock markets’ best year since 2009 and starting off the year on a continued high level of hubris, investors are now reminded that stocks can go down. The markets ended the month with an attack on the reflation trade as investors contemplate the concept of a bond bear market, as put forth by Bill Gross and Ray Dalio in Davos. For most of January, markets celebrated global economic growth which reached a 40-month high, according to the J.P. Morgan Global Manufacturing & Services PMI™, and price momentum trades benefited across many regional markets (Table 1). However, markets were spooked at the end of the month as investors became more sensitive to the outlook of central bank policy and how quickly they will unwind stimulus, while, at the same time, several key developed markets saw 10-year government yields increase in January. 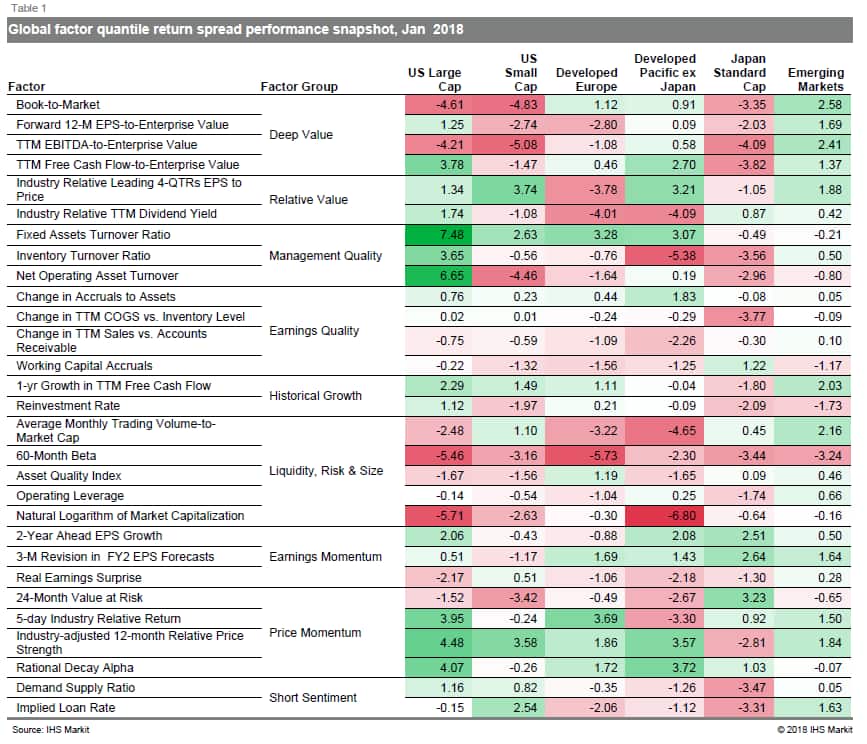