Horizontal oil production in the Uinta Basin to grow with adoption of longer laterals, focus on Lower Green River and Upper Wasatch reservoirs

The Uinta Basin in Eastern Utah is enjoying a drilling renaissance as North American operators seek stacked-pay horizontal opportunities outside of the increasingly competitive - and expensive - Permian Basin. IHS Markit projects Uinta activity to accelerate slightly in 2018, and foresee competitive returns from select operators in the Altamont-Bluebell field that have exposure to the Lower Green River Formation's Uteland Butte and CastlePeak intervals. 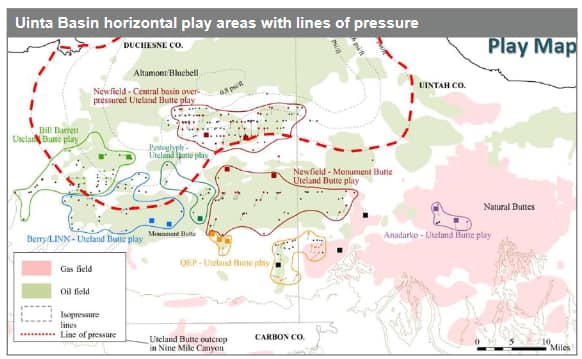 Oil production in the Uinta basin is unique, relative to North America's leading horizontal tight-oil plays that are characterized by a light oil/condensate production (40 to 60 API). Green River oils are waxy and range from yellow (38 to 50 API, produced from the Wasatch) to black (28 to 38 API, produced from the Lower Green River Formation). Because of its high paraffin wax content, Green River oil requires heat (105-120F) in order to flow, i.e., transport, otherwise it will cool to a solid wax at normal surface temperatures. The distinctive nature of the oil limits Uinta volumes to the capacity of nearby refineries in Salt Lake City - a 150 mile truck ride from Uinta wells. In spite of the challenges, economics remain compelling for the play's leading operators.

Thin dolomitized intervals (approximately 10 ft or less) within the Uteland Butte have estimated porosities of 14-26% and permeabilities of 0.02-0.20 millidarcies (mD). Total organic content (TOC) values for the Uteland Butte range from 2% to 5%.

The commonly fractured Castle Peak member, which is 300-500 ft in thickness, consists of porous medium-grained isolated channel sandstones with limited lateral extent. It has average porosities of 8-12% and permeabilities of 0.5-3.0 mD. 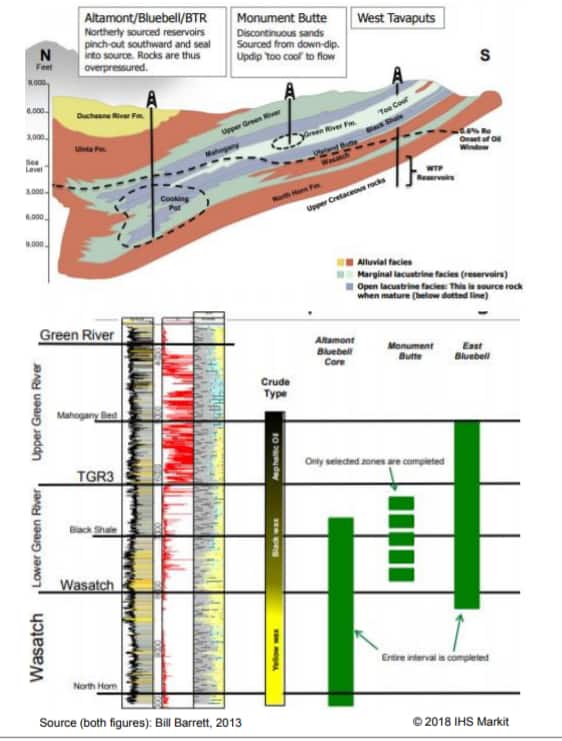 Figure 3: Horizontal targets in the Wasatch and Green River formations

Recent well productivity from these intervals is on par with many other embryonic horizontal plays in the Rockies, despite limited drilling activity. The play is currently making around 70,000 b/d, more than half of which comes from Crescent Point, Newfield, and EP.

In 2018, Crescent Point Energy will again drive horizontal activity in the Uinta Basin. We expect Crescent Point to grow its production 15% by year-end to more than 25,000 b/d, as it spends about US$460 mm to drill 30 wells in 2018. This year marks a pivotal year for Crescent Point as the company moves towards manufacturing mode, with tests of 2-mile laterals and multi-well pad drilling.

We expect longer laterals, higher proppant, and target selection within the Uteland Butte interval will improve Crescent Point's well productivity and economics, with results in line with those of Newfield Exploration on nearby acreage. Newfield Exploration has drilled more 10,000-foot laterals than any other Uinta operator, with average normalized peak month rates of 130 boe/d per 1,000 lateral ft (20:1). We estimate these longer lateral wells breakeven under $45/bbl, though do not expect an aggressive commitment to the play by Newfield in 2018. The company will instead drill mainly to hold acreage, by operating one Uinta rig in 2018, as it prioritizes activity in Oklahoma's STACK play.

EP Energy has the third largest position, though has yet to fully commit to horizontal activity. The company has; however, maintained a steady drilling pace over past years and grew production by roughly 16% from January 2016 to January 2018.

We expect EP to maintain its commitment to the play in 2018, and continue to focus on vertical recompletions while testing horizontal opportunities via joint venture with Tesoro Corporation. The joint venture provides EP funding via cost-carry by Tesoro who secures oil supply for its 60,000 b/d Salt Lake City refinery.

Learn more about our forecasting and coverage of North America’s Plays and Basins.