Hong Kong’s private sector achieved its strongest quarterly performance since early 2014, according to latest Nikkei PMI data. However, softer demand and negative business sentiment lead to questions over the extent to which growth momentum can be sustained in coming months.

The Nikkei Hong Kong PMI™ slipped to 50.6 in March from 51.7 in February, marking the weakest improvement in the health of the sector for five months.

The headline PMI provides a single-figure snapshot of the health of the economy, deriving its reading from questions on output, new orders, employment, inventories and supply chain developments.

Overall, a PMI-based GDP model shows the economy growing by 4% in the first quarter, but with the caveat of a loss of momentum moving into the second quarter. 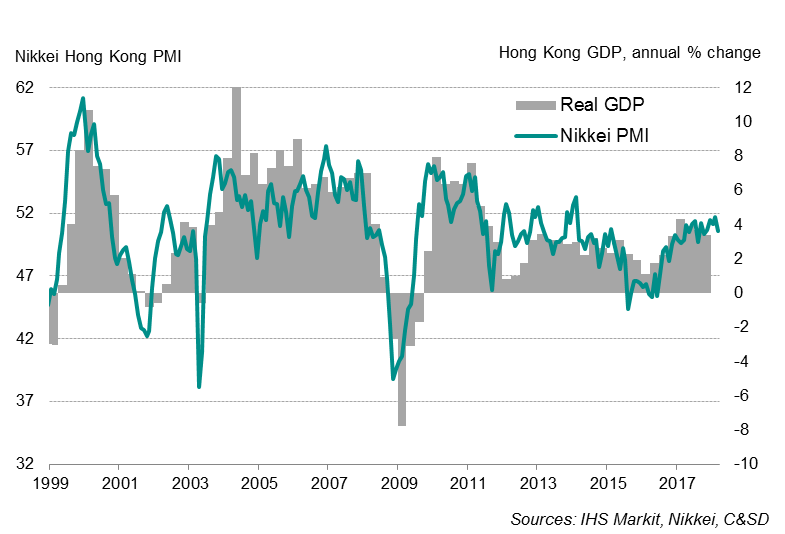 While Hong Kong’s private sector started 2018 on a solid footing, March data revealed signs of slowing momentum in business activity. Both output and new orders increased at reduced rates, and export sales to mainland China also grew at a slower pace than in the first two months of 2018. The latter was linked to reports that the depreciation in the yuan has weighed on Chinese demand for Hong Kong’s products and services. 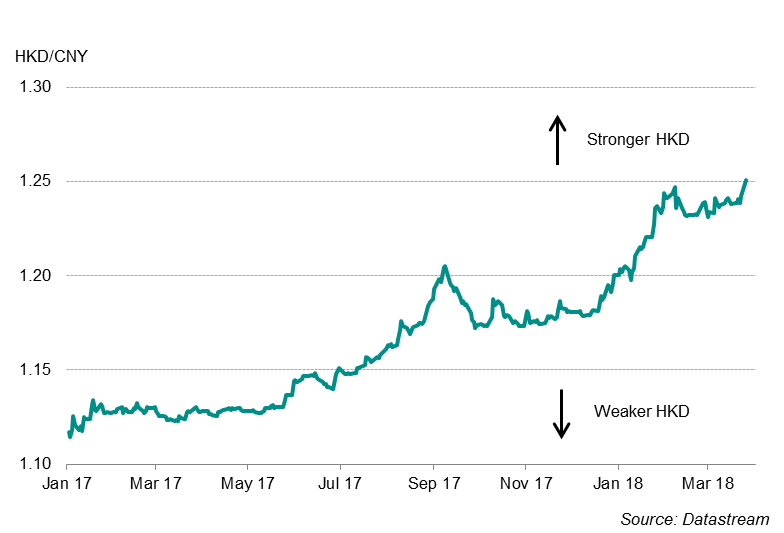 Furthermore, the rate of purchasing activity growth eased to the weakest in ten months, while inventories continued to be depleted. Business confidence about the outlook over the next 12 months remained negative. 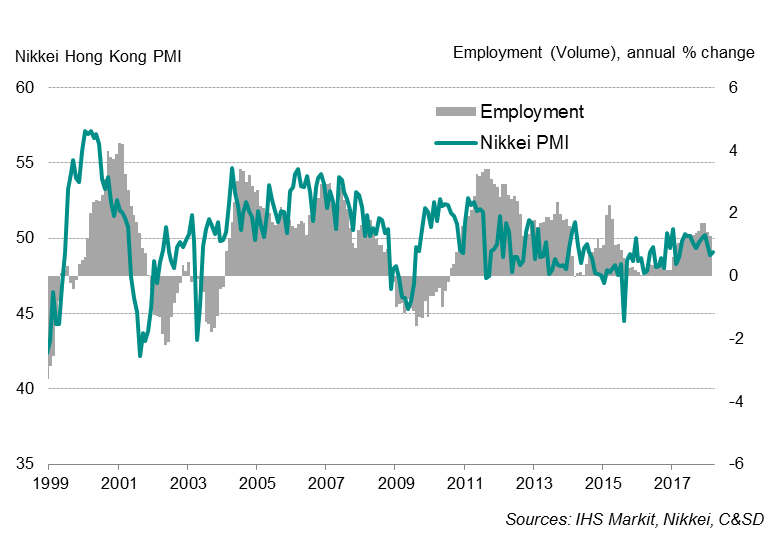 The survey has also not recorded any jobs growth so far this year, though that could be in part a result of skill shortages amid tight labour market conditions.

The current unemployment rate is the lowest in 20 years at 2.9 percent. Survey respondents also suggested that firms encountered difficulties in sourcing suitable staff.

Inflationary pressures eased in March, which enabled firms to cut selling prices as part of efforts to boost sales. However, survey data showed paid prices for purchases continued to rise at a steep rate, often linked to demand exceeding supply. Suppliers were widely reported to have remained hard-pressed to meet delivery obligations, which was in turn often associated with China’s crackdown on pollution. 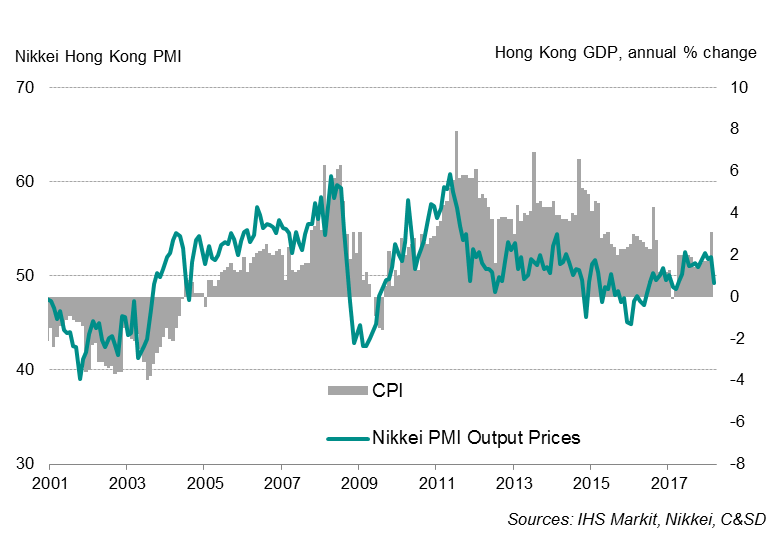