High-voltage power transmission in China: A long-distance relationship cooling off

Resource imbalance over a massive landmass and severe air pollution in populated coastal region enabled rapid development of long-distance power transmission in China in the past decade. As of the end of 2017, the country had 39 long-distance transmission lines in operation, totaling 189 GW of transmission capacity-enough to power Germany. In 2017 alone, eight projects started commercial operation, marking a new record. 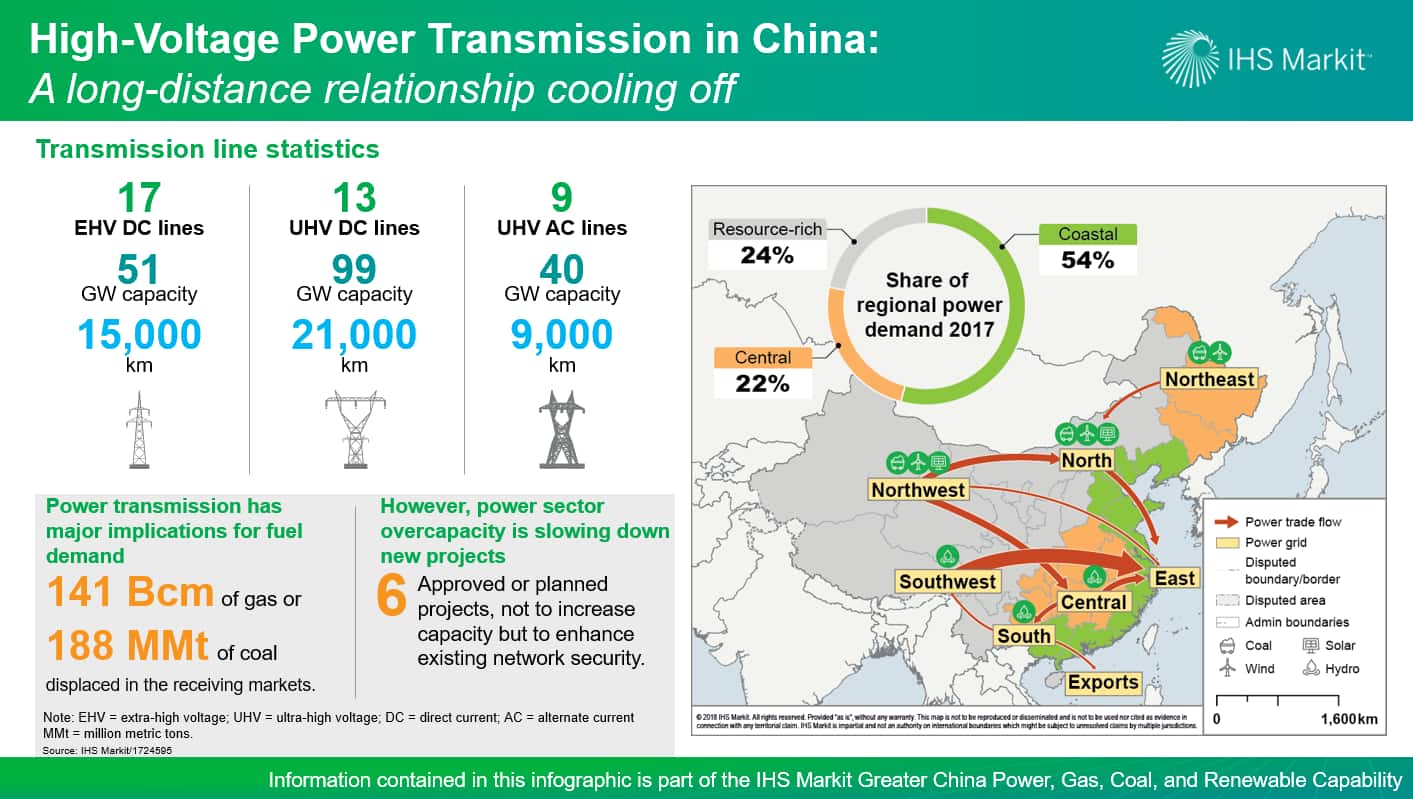 The Chinese government developed long-distance transmission lines to reduce air pollution in demand centers in coastal provinces while utilizing coal and renewable resources in central and western regions. IHS Markit estimates that by the end of 2017, about 195 GW power generation capacity is dedicated to long-distance DC projects whose main function is to transmit power.

However, a main challenge facing long-distance transmission in China now is the power market overcapacity situation, even in power importing regions. As a result, many existing long-distance transmission lines, especially those sending power from the northwestern provinces, are facing lower than designed utilization rates, dampening the project investors' enthusiasm. In 2017, no new UHV lines started construction, and the proposed project pipeline is very short, with only three approved projects and three more under the planning phase, mainly aiming to enhance network performance and security of the current operating lines instead of increasing transmission capacity.

Going forward, the ability of the government to match new power generation capacity with new transmission lines and power market reforms will be crucial to the future development of long-distance power transmission. This would in turn have major implications for coastal demand center's local power generation as well as fuel demand for both coal and natural gas.

Learn more about our coverage of the China energy market through our regional power, gas, coal and renewables service.

Shan Xue is a Senior Research Analyst covering the power and coal market analysis on China.
Posted 4 May 2018