Demand for copper will double by 2035, opening up a supply gap that threatens climate goals and poses serious challenges to the Net-Zero Emissions by 2050. 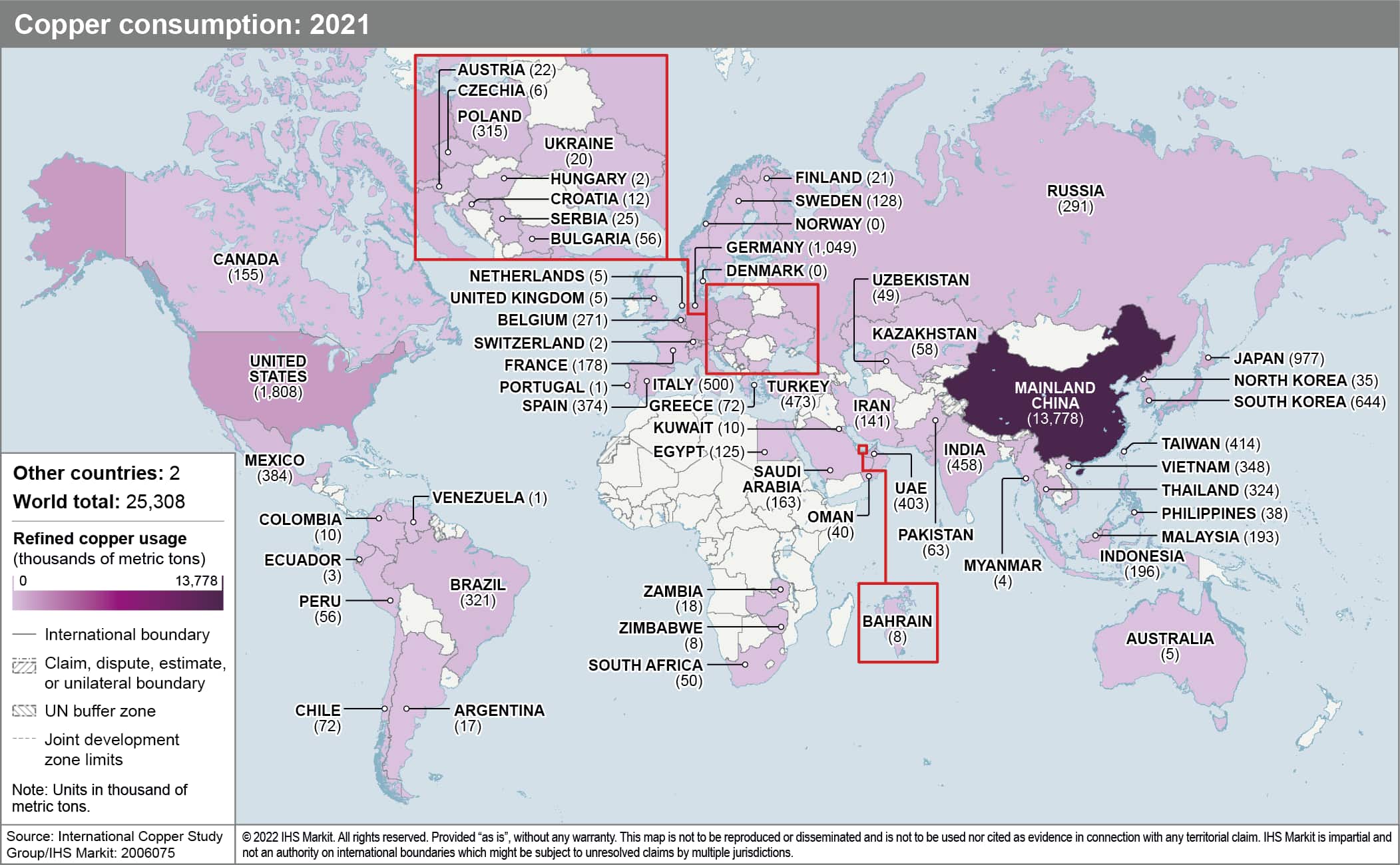 Copper — the "metal of electrification" — is essential to all energy transition plans. Deeper electrification requires wires, and wires are primarily made from copper. Technologies critical to the energy transition such as electric vehicles (EVs), charging infrastructure, solar photovoltaics (PV), wind, and batteries all require much more copper than conventional fossil-based counterparts.

The potential supply-demand gap will be very large as the transition proceeds. Copper supply shortfalls begin in 2025 and last through most of the following decade. Substitution and recycling will not be enough to meet the demands of EVs, power infrastructure, and renewable generation. The goal of Net-Zero Emissions by 2050 will be short-circuited and remain out of reach unless massive new supply comes online in a timely way.

Copper scarcity may also jeopardize international security. Projected annual shortfalls will place unprecedented strain on supply chains. The challenges this poses — reminiscent of the 20th-century scramble for oil — may be accentuated by an even higher geographic concentration for copper resources and downstream industry to refine it into products. 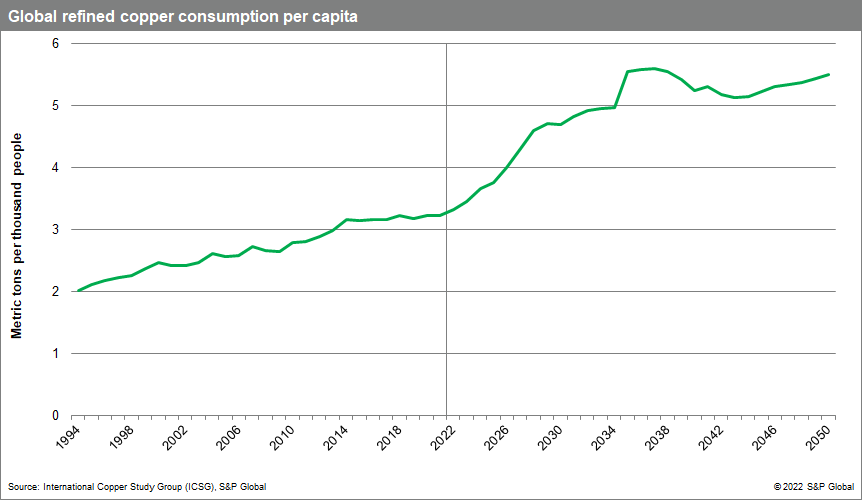 Theoretically, future demand could be met by opening three "tier-one" mines, each producing 300,000 metric tons of copper per year every year for the next 29 years. That would be a monumental and taxing job, and without any precedent historically and costing over $500 billion in today's dollars.

So, instead, in our report — a collaboration across S&P Global's Economics & Country Risk, Commodity Insights, and Mobility teams — we explore two supply-side scenarios built around the major metrics —utilization and recycling.

The Rocky Road Scenario is grounded in the realities of today's global industry, with all the obstacles and challenges identified in our report. Capacity utilization and recycling continue at the average rates of current trends, girded by the continuing operating and investment challenges that are endemic today. New environmental restrictions and controversies, along with environmental, social, and governance (ESG) pressures from investors, shift investment and managerial attention and slow growth.

The High Ambition Scenario is based on highly optimistic assumptions about advances in recycling and capacity utilization of mines and refineries.

Commitment to the Paris Climate goals imply an intensifying drive — and competition — in the 21st century for the raw materials needed to achieve those goals. The ensuing scramble may be compared to that for fossil fuels in the 20th century. But copper production is more concentrated than oil. The two top producers — Chile and Peru — account for 38% of world production.

Supply chain resilience has emerged as a strategic imperative, particularly after the COVID-19 pandemic and the war in Ukraine. By 2035, the United States will be importing between 57% and 67%—that is up to two-thirds—of its copper needs.

An intensifying competition for critical minerals is very likely to have geopolitical implications. While both the European Union and the United States have highlighted the centrality of minerals in the clean energy transition, neither classifies copper as a critical minerals.

China is the copper market's center of gravity. It alone will play a critical role in copper markets for decades to come, as the largest, single demand country globally. Continued trade tensions and other forms of competition between the United States and China could affect the copper market going forward.

Regardless of source of demand the top five refined copper-consuming countries today are dominated by industrialized countries. By 2050, however, only China and the United States will remain in the top five, while India, Vietnam, and Mexico will supplant Germany, Japan, and South Korea in the global rankings.

There is no way to forestall the projected shortages in copper without taking steps to increase supply. Three priority areas stand out for consideration and further refinement:

Unless the considerable gap between demand requirements and supply realities is closed, especially between 2025 and 2035, the 2050 target for net zero will be pushed further into the future.

Download the complete report for deeper insights on supply and demand, the impact of shortfalls (especially in the US), and the larger operational challenges at play.