Tax policy is likely to play an important role in EU efforts to reach its target of reducing carbon emissions by at least 55% by 2030. Receipts from environmental taxes are relatively low in the EU. As a share of GDP, they range from 3.9% in Greece to 1.4% in Ireland (although the Irish figures are distorted by the large share of corporate taxes). In the EU overall, receipts from environmental taxes, as a share of GDP, are lower now than 20 years ago.

The EU's ambitious carbon-reduction targets suggest that green taxes should grow in importance over the two-year horizon. The European Commission has a clear objective to align EU taxation regimes with the priority goal under the European Green Deal to reduce net greenhouse gas emissions to 55% by 2030. The updated ETD, proposed by the Commission in July 2021, is part of this effort. While EU member states are free to impose their own level of taxes, the ETD sets up structural rules and minimum tax rates for the taxation of energy products (motor fuel, heating fuel, and electricity). While the updated ETD proposal indicates that environmental taxes will grow in importance, the shift towards green taxation is likely to generate uneven changes in tax burdens across member states. The Commission's ETD proposal highlights that new green taxes can help countries maintain revenues while cutting "other, more distortive, taxes", particularly by reducing labor taxes and social security contributions.

Many of the countries with the most challenging fiscal metrics, such as Greece, Romania, and France, have pledged to reduce taxation to support economic recovery and attract investment. National governments - particularly in such states - will be wary of a backlash against green policies if these impose substantial increases in the tax burden, reversing wider policy goals. However, the viability of fiscal easing plans is questionable given the recent deterioration of debt sustainability metrics, with such policies likely to be challenged when the EU increases its focus on restoring debt sustainability. 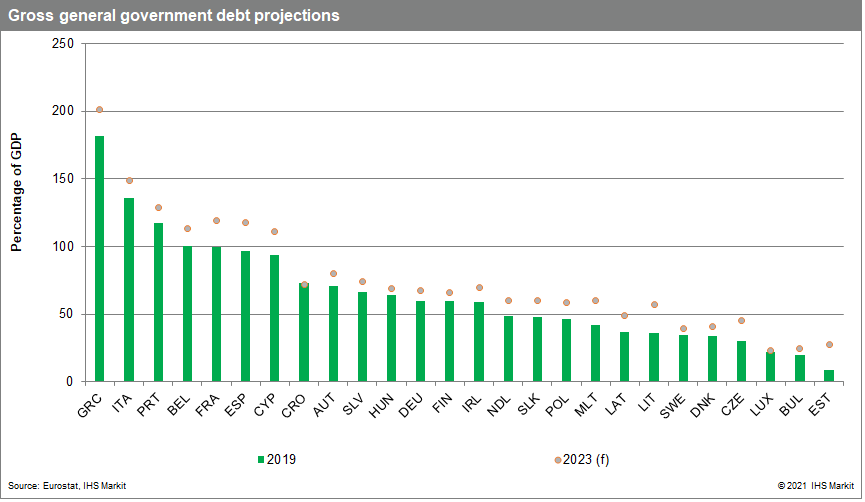 In general terms, although many governments are willing to progress theoretically to advance green taxation, in multiple cases there is a clear risk that for populist and electoral reasons they will prove reluctant to do so. In several locations, there is also an elevated risk that various EU member states will attempt to soften the EU-wide approach.

Lower-income Eastern EU member states that are dependent on coal such as Poland and Bulgaria, as well as countries such as France and Belgium, are likely to object to changes that would have an immediate negative social impact on low-income groups by sharply increasing fossil fuel prices. Even after adoption, ETD implementation by member states is likely to remain uneven, with some countries likely to delay this beyond the required two-year period for ETD incorporation into national legislation owing to concerns over social effects.

The ETD is unlikely to be adopted by the end of 2022, thus unlikely to enter into force in January 2023 as planned, given the high likelihood of disagreements during the negotiations between the European Parliament and the Council representing EU member states.

Political support for introducing new or expanding existing green tax policies continues to vary substantially across the EU at the national level. There are also significant differences at the regional and local levels, further complicating the effective implementation of new EU legislation. Intra-government disagreements are a further potential obstacle to green taxation, with many EU countries led by coalitions that include two or more parties with distinct views on environmental legislation. 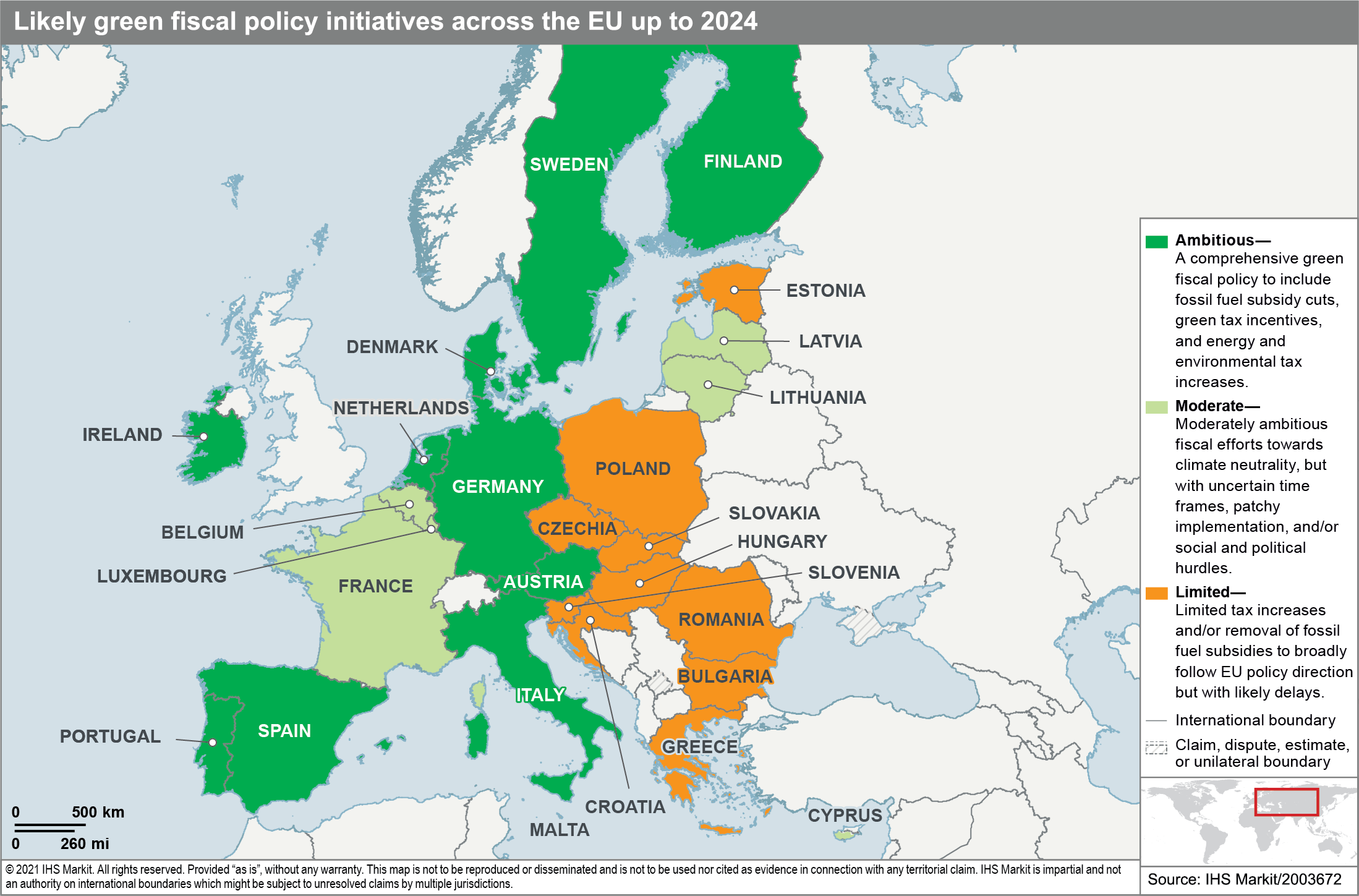 The 2021-27 EU budget, together with the NextGenerationEU recovery package, includes instruments that aim to alleviate the social impacts of energy transition. The planned Just Transition Fund (JTF) envisages the allocation of EUR17.5 billion to EU regions that would be negatively affected, supporting activities such as the reskilling of workers and improvement of building energy efficiency. The Commission additionally proposed in July a new Social Climate Fund, which should be active during 2025-32, to alleviate the social burden from expanding the ETS to buildings and road transport. However, variations between EU member states over the use of such funds are likely to remain problematic, with slower utilization likely in countries with historically low absorption rates such as Bulgaria, Romania, and Slovakia.