In early October 2021, the Central Electricity Regulatory Commission (CERC) approved the petitions filed by the Indian Energy Exchange (IEX) and Power Exchange of India Limited (PXIL) for the launch of green day-ahead contracts (GDACs)[i] and the integrated day-ahead market (IDAM)[ii], respectively. Following the approval from CERC, IEX launched the green day-ahead market (GDAM), a new market segment to trade the day-ahead contracts (DACs) for renewable generation. Since the GDAM's launch on 27 October 2021, a total volume of 326 GWh has been traded in GDACs, which represents roughly 1.4% of total renewable energy generation and about 1.5% of the total short-term market. 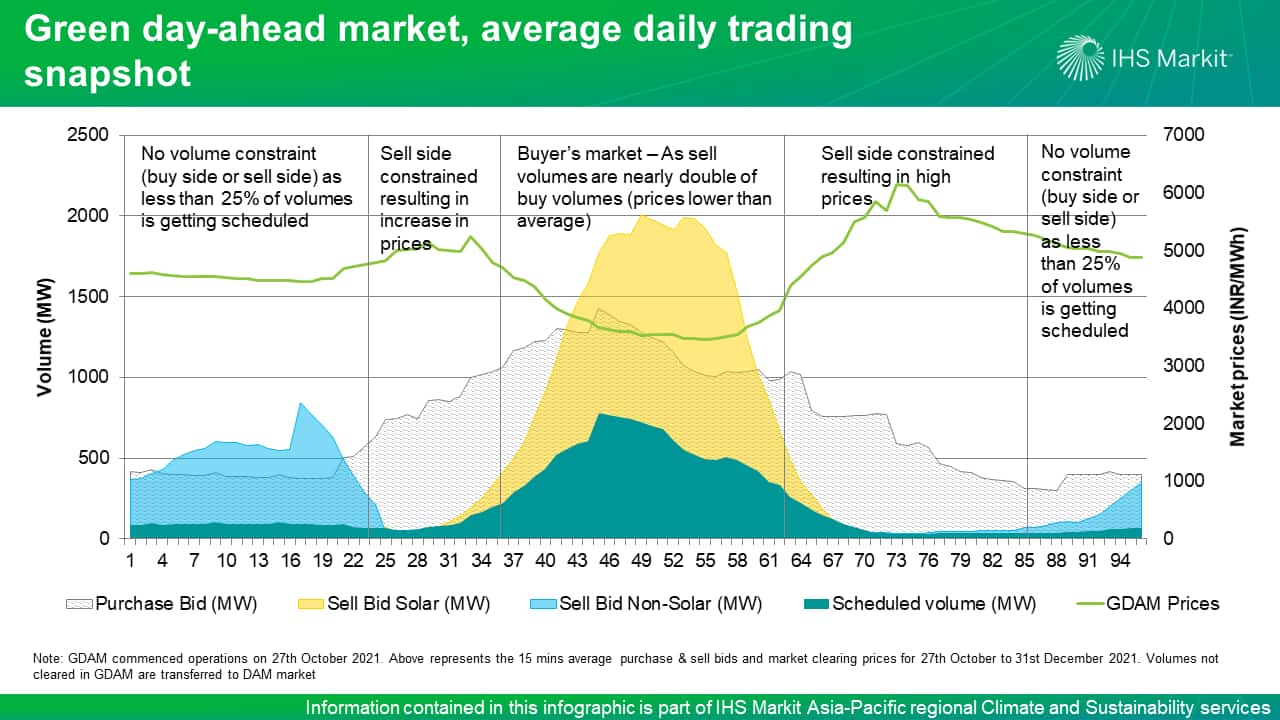 Some of the key observations in GDAM:

Is the GDAM an interim market framework for promoting renewable energy?

With the expected implementation of the market-based economic dispatch (MBED) framework (phase 1 starting in April 2022), liquidity in the DAM is expected to increase significantly. This situation will pave the way for implementation of other structural changes like the forwards and derivatives market, the ancillary service market, allowing interplay between the DAM and RTM, and merging the security-constrained economic dispatch (SCED) with MBED. As India's power market structure evolves, and transmission charges become applicable for renewable energy capacity as well, the GDAM can be expected to be merged with the DAM.

Ashish Singla, associate director with the Climate and Sustainability team covering research and analysis on Power and Renewable for South Asian countries at IHS Markit.

[i] Learn more about: GDACs