PMI survey data indicate that global manufacturing growth eased to a nine-month low in May, largely reflecting a waning of global trade flows to the weakest for over one-and-a-half years. However, the US continued to show notable resilience to the wide trade slowdown. 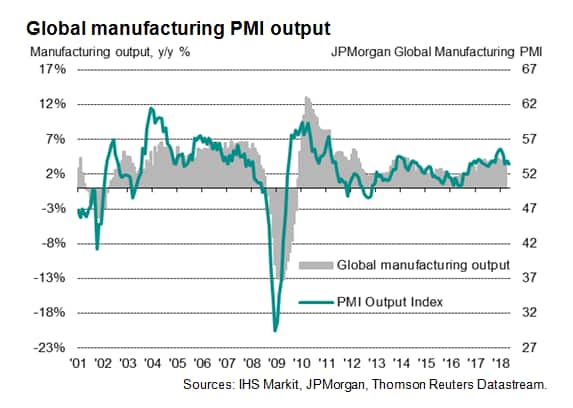 The headline JPMorgan Global Manufacturing PMI, compiled by IHS Markit, fell from 53.5 in April to 53.1 in May, its lowest since August of last year.

The latest output index reading remained at a level broadly consistent with global factory production rising at an annual rate of approximately 4% (at market exchange rates). However, a weakening of new order inflows to the lowest since June of last year suggests production growth could wane further in coming months. 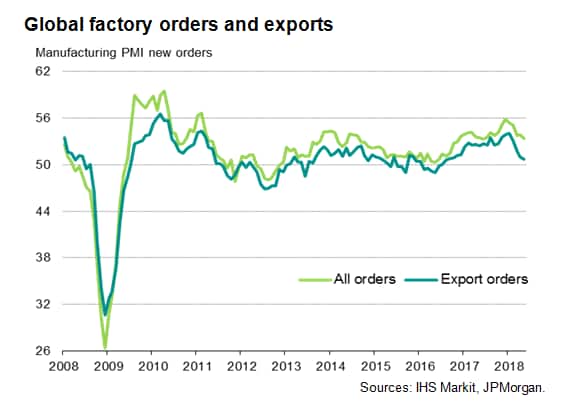 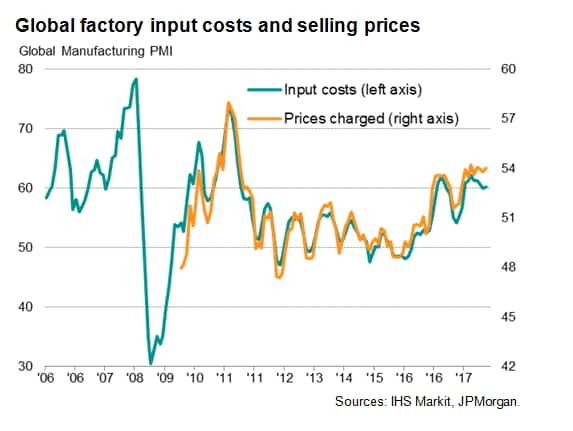 Suppliers' delivery times, a key gauge of the extent to which demand and supply are in balance, indicates that suppliers continued to struggle to meet demand in May, pointing to a sellers' market for many inputs. The incidence of supply chain delays was the highest for seven years.

US shines brighter as eurozone dims

A major change in recent months has related to the regional breakdown. In particular, the US has now recorded faster manufacturing growth than the Eurozone for two successive months, the former enjoying its best growth spell for almost four years so far in the second quarter. The Eurozone has meanwhile seen growth wane from recent highs, sliding to a 15-month low in May. 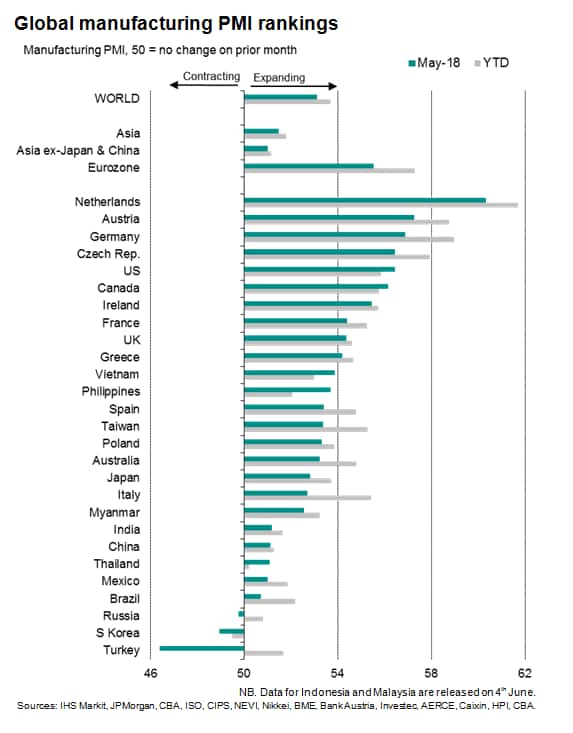 Despite the brighter performance from the US, the top of the manufacturing rankings continued to be dominated by a handful of European countries, clustered around Germany and led once again by the Netherlands. 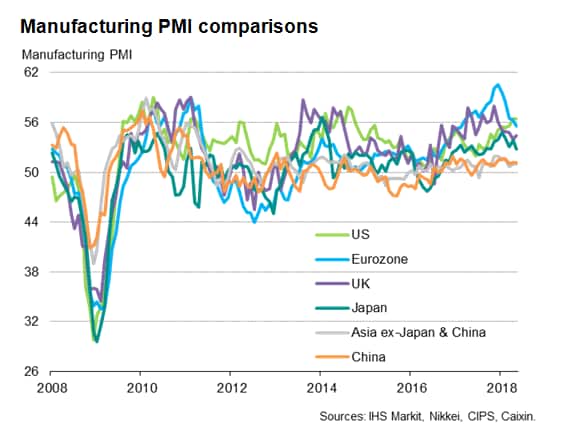 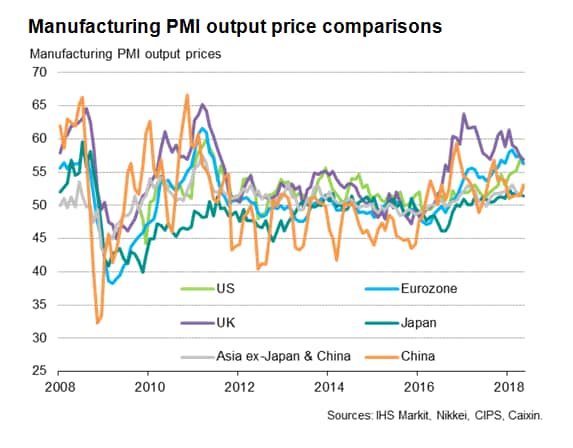