Global manufacturing activity remained broadly unchanged in December, according to PMI survey data, improving only fractionally for a second successive month to round off the sector's worst annual performance for seven years. Business confidence in the outlook improved, however, to suggest growth could pick up as we move into 2020.

The JPMorgan Global Manufacturing PMI, compiled by IHS Markit from its surveys in over 30 markets, fell from 50.3 in November to 50.1 in December, remaining above the 50.0 no-change level for a second month to indicate marginal growth, contrasting with sub-50 PMI readings in the prior six months.

Although signalling a stabilisation on the mild declines seen in the prior six months, the lacklustre performance seen in the closing two months of 2019 rounds off a year in which activity stagnated, representing the goods-producing sector's performance for seven years.

New orders and output continued to edge higher, but global exports continued to fall, down for a sixteenth straight month. However, the decline in global exports was the smallest since last January, hinting that global trade is exerting a reduced drag on both production and order books. The easing in the rate of loss of exports tallies with both improved news flow and reduced panel member concerns regarding trade wars.

Reduced fears of trade wars, linked in part to news of positive developments in tariff discussions between the US and China, also helped pull future expectations to a seven-month high, hinting that production growth could lift higher in coming months. However, data showed a renewed decline in factory employment in December, and purchasing activity and inventories fell, as firms remained cost-conscious. 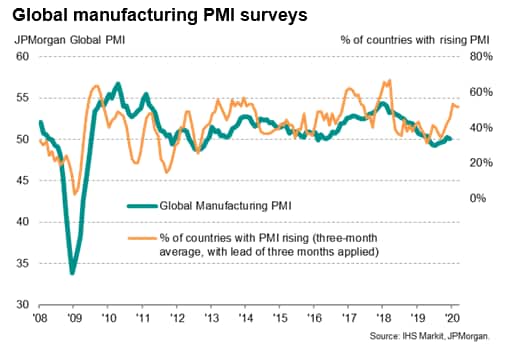 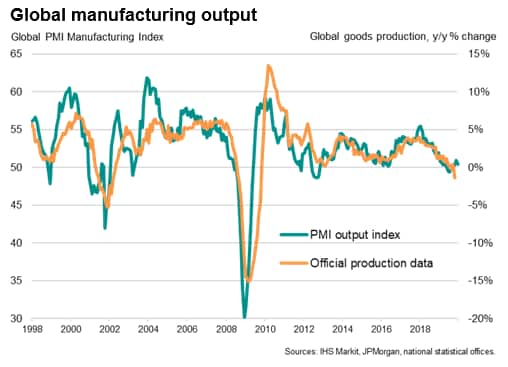 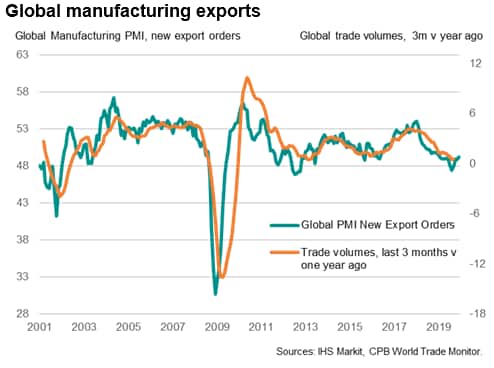 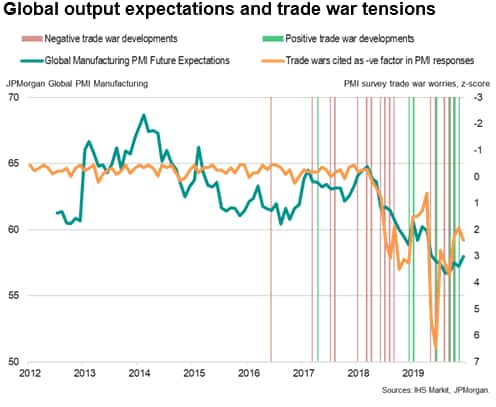 PMIs at or below 50 in majority of markets

Although recent months have brought signs of stabilisation, the ongoing plight of manufacturing was also highlighted by the number of markets for which the PMI either fell or remained unchanged rising from 13 in November to 20 in December, its highest since June.

Looking in more detail at country trends, Greece led the manufacturing PMI rankings for the sixth straight month in December, with India moving into second place ahead of the United States and Colombia. While US growth dipped slightly, it was still the second-strongest recorded over the past eight months.

Of the 14 markets reporting improved manufacturing conditions, eight were located in the Asia Pacific region, and notably once again included China. China's factories have now reported continual (albeit modest) growth over the past five months.

The fastest-deteriorating manufacturing sector was meanwhile found in the Czech Republic, followed by Germany and Austria, highlighting a clustering of production weakness in northern and central Europe. 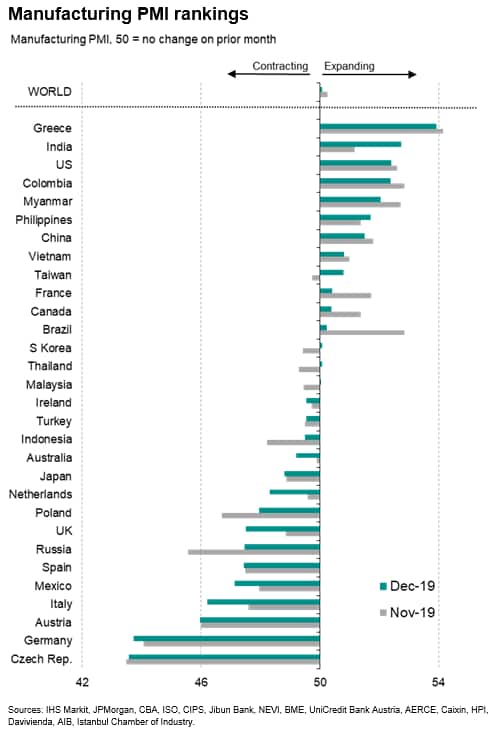 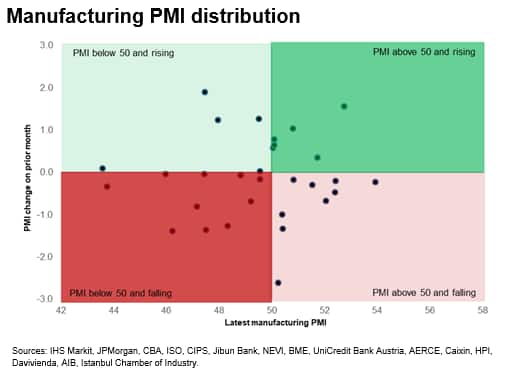 Alongside the recent stabilisation of the global manufacturing economy have come signs of higher prices. Average input prices rose at the fastest rate for six months while average prices charged for goods by manufacturers showed the largest gain for seven months. Although in both cases the rate of increase remained only modest, the gains signal welcome improvements in pricing power compared to prior months. Weak demand had pushed factory gate prices lower in August and October for the first times since early-2016.

While trade wars remain a key concern among manufacturers, with US attention shifting from China to other markets such as the EU, an additional worry moving into 2020 will be the rising tensions between the US and Iran, which at the time of writing have pushed US benchmark Brent crude oil prices above $70 per barrel. Not only could rising tensions in the Middle East fuel renewed risk aversion, but higher oil prices could hit manufacturing margins and dampen consumer spending power. 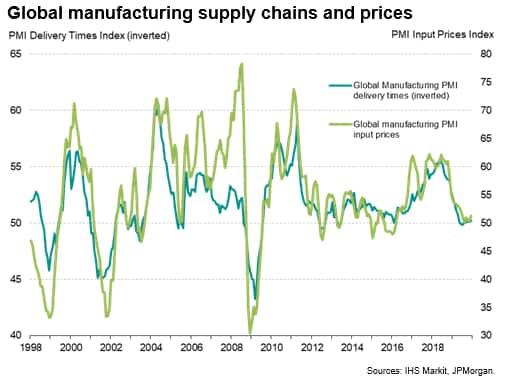