January saw the pace of global economic growth wane to a pandemic recovery low as the Omicron wave once again meant COVID-19 disrupted business activity around the world. But the same disruptions contributed to a further near-record uplift in inflationary pressures.

While the outlook for inflation looks to be tilted toward persistent elevated price pressures, as high wage and energy costs collude with ongoing supply shortages in the coming months, the outlook for economic growth is less certain, especially in the face of increased policy tightening among major central banks.

Just as global economic growth slowed to an 18-month low at the start of 2022 amid rising COVID-19 infection rates, price pressures intensified. The JPMorgan Global PMI™ (compiled by IHS Markit) showed average prices charged for goods and services rising at a rate beaten only once over the comparable PMI survey 12-year history (in October 2021). 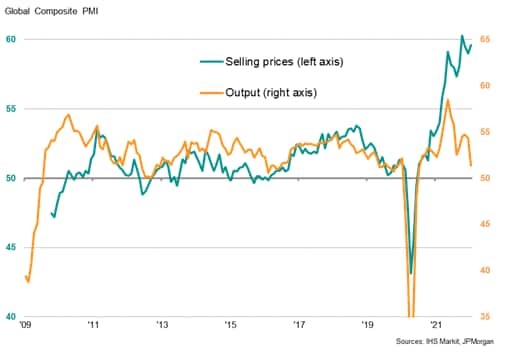 Rates of selling price inflation accelerated in both manufacturing and services at a time of output growth faltering to only modest rates in both sectors.

Looking in more detail within the sectors, selling prices rose in all 26 detailed sectors of the global economy covered by the PMI surveys. 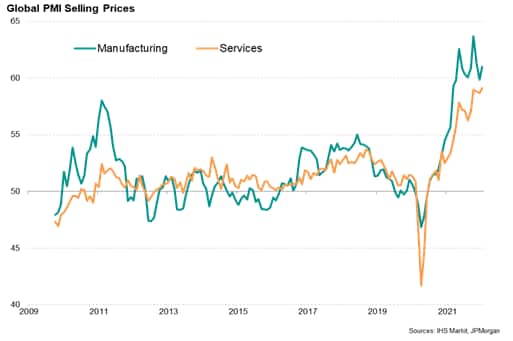 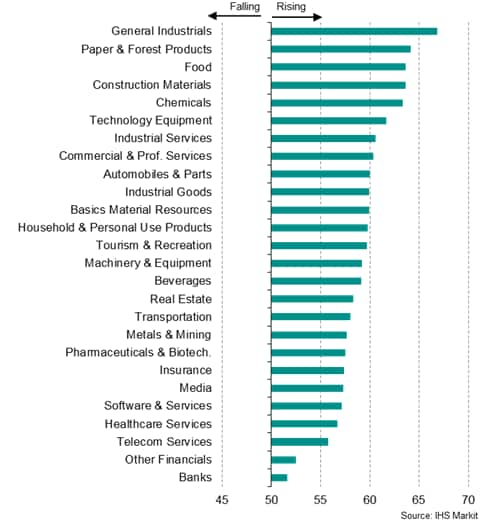 Rising inflation is also broad-based geographically. As has been the case over the last year and a half, the US has reported the strongest price rises in recent months, according to the national PMI data, though new records have also been set in the eurozone and UK. Prices are also rising at multi year highs in many Asian countries, including Japan, though price pressures remained relatively muted in China, thanks in part to government intervention. 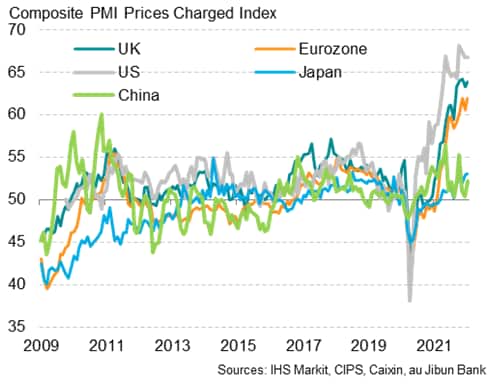 Measured globally, the elevated PMI selling price gauge points to persistent high inflation in coming months. However, it is important to note that the drivers of inflation are showing signs of changing. 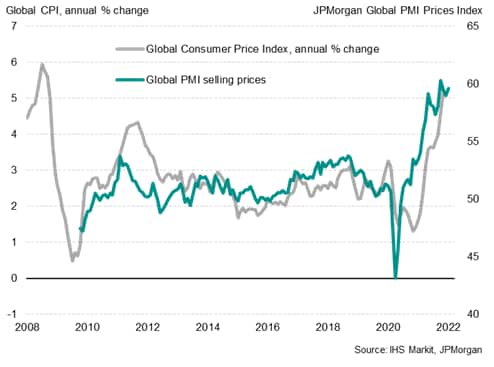 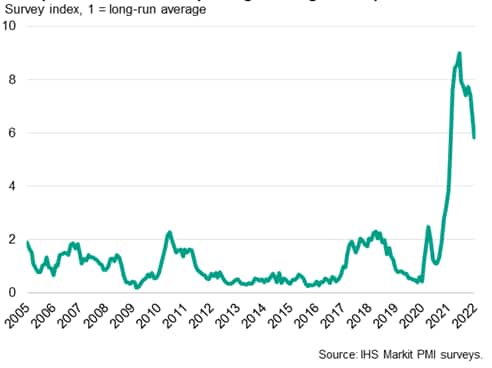 This easing in the number of raw material supply constraints has helped bring manufacturing costs lower. Measured globally, manufacturing input costs rose in January at the slowest rate since last March, albeit still increasing at a rate higher than anything seen previously over the past decade prior to the pandemic, aided by a reduction in the number of companies reporting that costs had risen as a result of rising raw material prices. 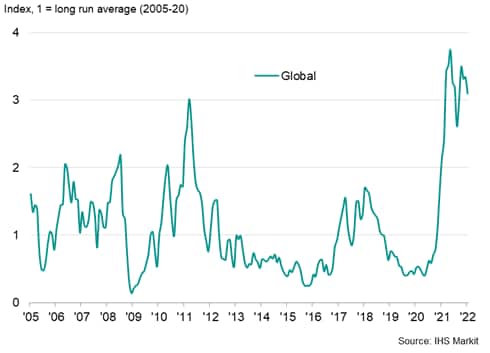 However, while an easing of the supply crunch is helping reduce the cost of some raw materials, firms' costs are being pushed higher by rising energy and staff costs, which is in turn feeding through to higher selling prices for both goods and services.

The number of PMI survey contributors reporting that energy prices had increased to an all-time high worldwide in January (comparable data extend back to 2004), matched by a record high in the number of service providers reporting that their expenses had been pushed higher by rising staff costs, in turn linked to deteriorating labour availability, exacerbated in January by the Omicron wave. 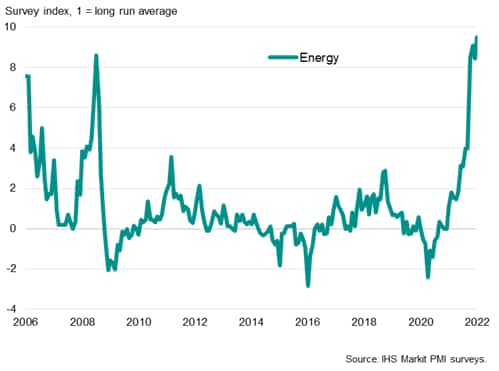 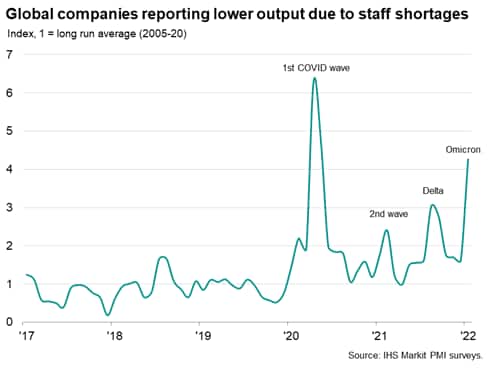 The escalation of energy and wage price pressures in coming months therefore adds to risks that the recent elevated rate of inflation in many countries could persist for longer than previously expected, which will in turn add to pressure on central banks to tighten monetary policy.

However, while the odds are clearly pointing to persistent inflation, risks to the outlook for output (and GDP) are more balanced. Growth will likely accelerate again globally once the worst of the Omicron wave passes, but demand forces have waned in recent months amid various headwinds. These include high inflation, squeezed real incomes, ongoing supply constraints and the withdrawal of pandemic-related fiscal stimuli. By tightening monetary policy, how much do central banks further tilt risks towards growth slowing?