IHS Markit's PMI data showed worldwide economic growth faltering to the lowest for one and a half year in January as the Omicron wave disrupted business activity. Detailed sector data from the PMI reveal how consumer-facing industries were the hardest hit, with tourism and recreation reporting by far the steepest downturn. However, many other sectors saw output trend deteriorate during the month amid widespread staff and materials shortages, as well as weakened demand, though these may also be the sectors poised to rebound the fastest once the Omicron wave passes. 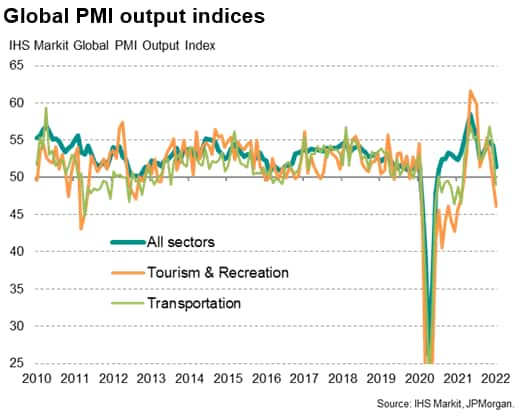 IHS Markit's global sector PMI data cover every major developed and emerging economy, based on monthly questionnaires completed by a panel of over 30,000 companies in over 40 countries. The survey data are best known for providing the first indications of national and global economic trends, but also provide unique insights in detailed sectors of the global and regional economies.

Consequently, output growth slowed in six of the seven broad industry classifications from which the detailed sectors are drawn, while consumer services recorded a further decline in output. 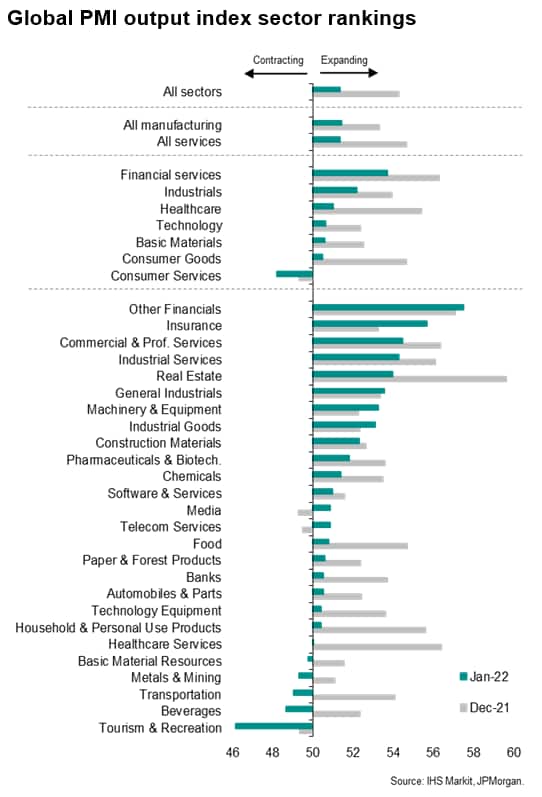 The January data coincided with the Omicron wave of the COVID-19 virus which led to increased consumer caution as well as greater government virus containment measures. With record number of infections recorded in many countries, the downturns in tourism, recreation, transportation and the wider consumer services industry grouping were the steepest since the lockdowns of early-2021. 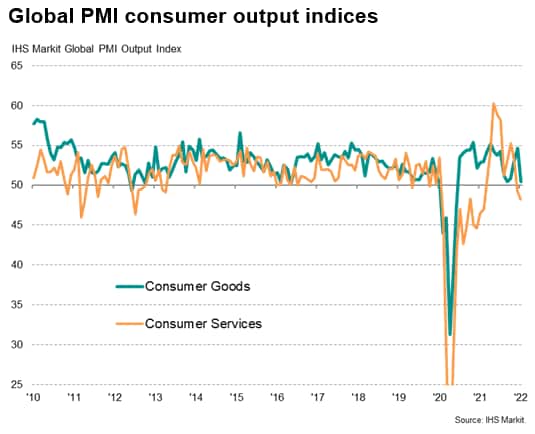 However, an additional impact of the pandemic was on the supply of both materials and staff, with illness and government health protection measures once again stymieing output across the world. The proportion of companies reporting that business activity was constrained by either staff or materials shortages rose in January, remaining below last October's peak yet running far higher than at any time prior to the past few months. 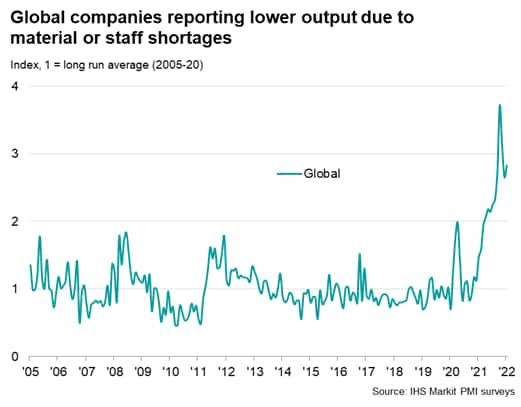 To get an indication of which sectors are seeing the greatest constraints on their activity, we can compare the latest change in output against the latest change in demand, the latter measured by the survey's gauge of new orders. If new orders are rising faster than output is growing, the survey data suggest that activity is being constrained, most likely by supply shortages or COVID-19 restrictions.

The analysis reveals that tech equipment manufacturers are the most constrained at present, followed by food manufacturers and transportation services. 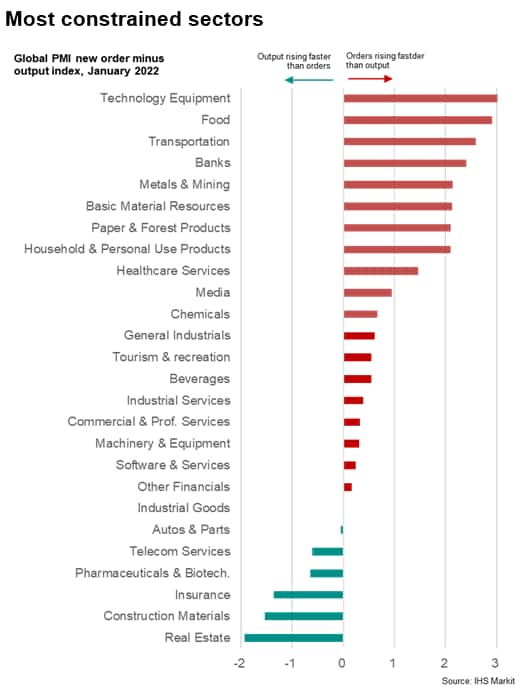 It is perhaps no surprise that some of these most constrained sectors are also seeing the steepest price rises, as constrained supply feeds through to improved pricing power. This is perhaps of greatest concern in the food sector, given the importance of food prices to the cost of living and social stability, with January seeing a record increase in prices charged for food globally.

More encouragingly, these are likely to also be the sectors that rebound most sharply when the Omicron wave, and tis associated health restrictions ease, pointing to improved revenue growth for these companies.

Sign up to receive commentary in your inbox here.