Case Study: In a future case with deep decarbonization, how would the operation and profitability forecasts evolve for various technologies?

Given the recent release of the Biden Plan—a $2 trillion jobs and clean energy plan proposed by President-Elect Joe Biden— there is renewed interest in cases involving faster and deeper decarbonization. IHS Markit explores decarbonization in two major modeling cases: our comprehensive power outlook through 2050, also called the "Planning Case," and "Fast Transition," our alternative case evaluating how both the power sector and the economy as a whole would have to evolve to achieve significantly faster and higher decarbonization.

Case Study: How does a case with deep decarbonization alter the performance outlook for various power sector technologies? Using our North American Power Analytics product, we looked at the average capacity factor by technology over time in New England in both the Planning Case and Fast Transition: 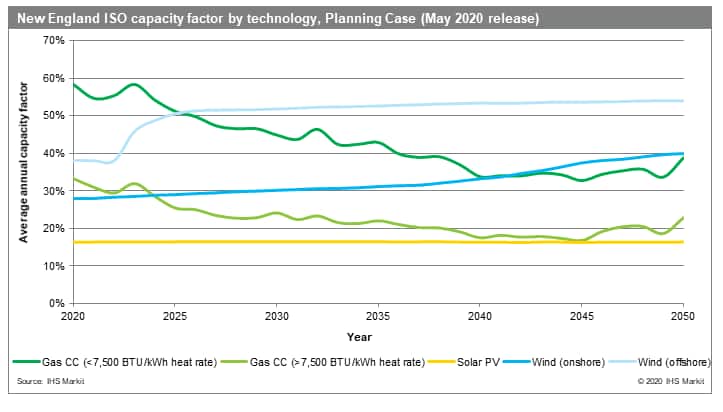 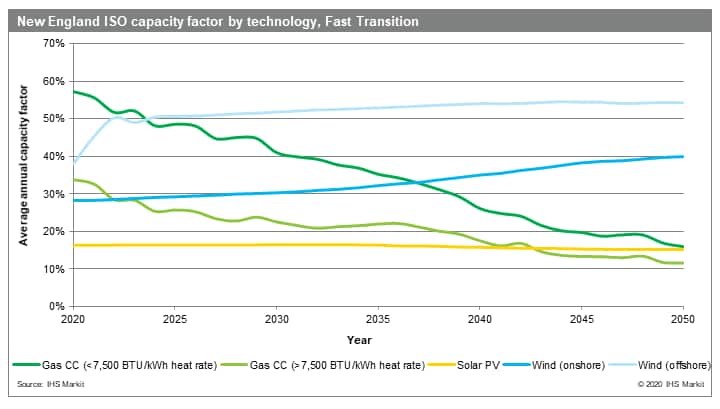 Natural gas-fired combined cycle gas turbine (CCGT) plants are split into two buckets based on their heat rates, to assess how plant efficiency affects operations in the future under the two cases. In the Planning Case, natural gas-fired CCGTs see their capacity factors decline before leveling out in the latter half of the study period. In Fast Transition, however, the capacity factors continue to decrease through the 2040s and drop well under 20% by 2050 (both heat rate buckets).

A more interesting way to delve into the cross-technology differences between the cases is to view the generator energy margins, or the revenues each plant makes in the energy market minus the variable costs of operation, including fuel costs, variable operation and maintenance costs, startup costs, and emissions costs. The evolution of each technology's energy margin is presented below. 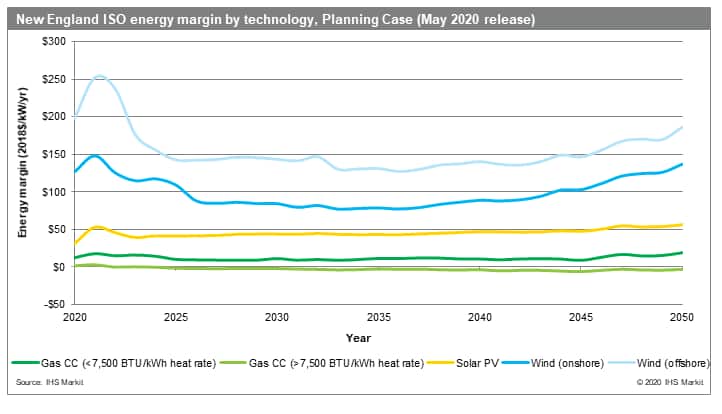 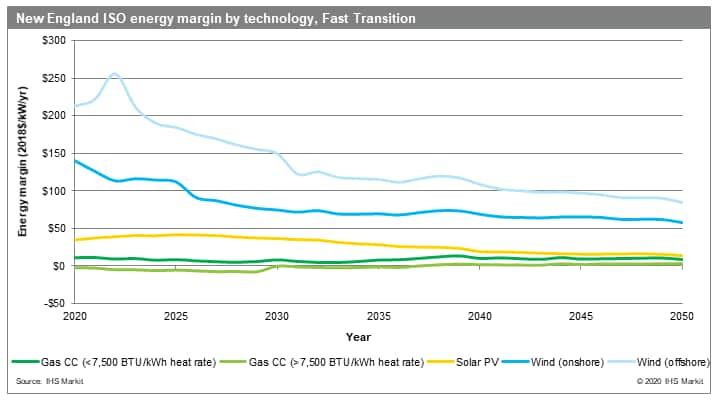 There are some notable differences between the two cases with respect to the energy margin paths for the various technology types. While natural gas-fired CCGTs don't have high energy margin forecasts in the Planning Case, they have even lower margins in Fast Transition.

These insights were gained through our North American Power Analytics product. Learn more about our power analytics research and capabilities.

Drew Bobesink, Senior Research Analyst at IHS Markit, focuses on power market simulation and is a member of the North American Power and Renewables team. 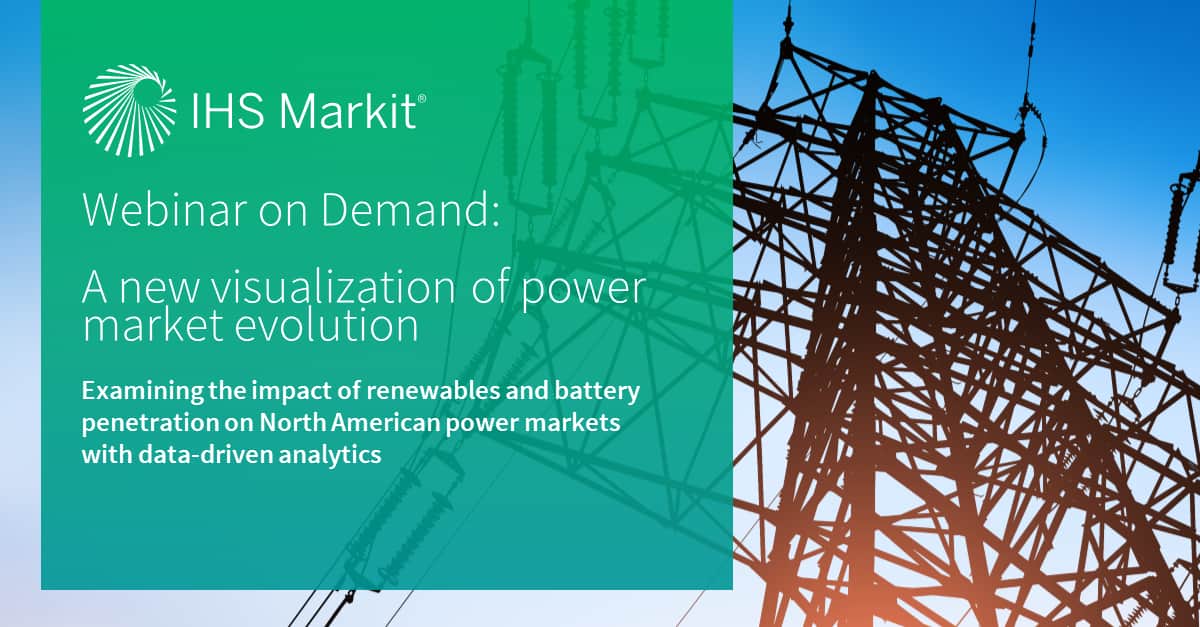