FRTB: The road to IMA

"Buy the rumours, sell the facts" is normally a good trading strategy. It plays nicely to the human bias that the Roman senator Tacitus described as "omne ignotum pro magnifico est" or "everything unknown is taken to be magnificent". But deciding a bank's overall trading book desk strategy based on the unknown does not sound magnificent at all. This is arguably the position many banks find themselves in today when making decisions related to the Fundamental Review of the Trading Book (FRTB).

The road to FRTB's Internal Model Approach (IMA) is a complex one with many directional decisions to be made along the way. To avoid taking a misguided turn towards the Standardized Approach (SA), banks need to start using the biggest and best data available in the market ("facts") and not rely on just their own data or data they collected from publicly available sources alongside "expert judgement" to fill the gaps ("rumours").

Nevertheless, in meetings with banks, a common theme surfaces time and time again: in their modellability status reviews, banks are mostly leveraging their in-house data coupled with expert judgement. This means that fundamental decisions - including the most material decision of whether trading book risk should be computed on IMA or SA - are being made using hand-drawn maps and a good deal of guesswork.

Based on these limited data sets, a significant number of tier two and regional banks, as well as some larger ones, are seriously contemplating opting for SA, as their findings show the overall cost of IMA compared to the capital savings generated by this approach is not justified. This is typically due to high SES (Stressed Expected Shortfall) charges stemming from having too many non-modellable risk factors (NMRFs).

Studies show that data pooling can reduce the number of NMRFs when compared to a single bank view, whether that be from a global or regional institution. This is true across different asset classes, different instruments and different underlying assets, even the most liquid ones, as illustrated in Figure 1 below in the EUR swaption modellability picture. 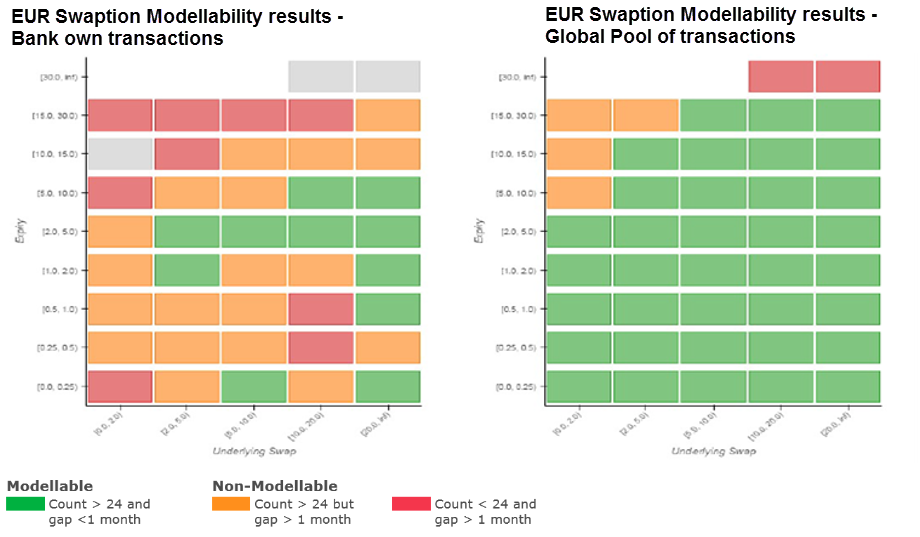 Figure 1: Modellability analysis of a bank's own transactions versus a pooling approach
Source: IHS Markit

Some argue that banks are talking up the option of going SA as simply a tactical ploy; part of a wider strategy to force regulators into relaxing the FRTB requirements, especially around the PLA test and NMRFs.

A stronger argument for the move to SA is the operational running costs: it is easier and cheaper to run than IMA. FRTB has a long history of uncertainty around the go-live date, so convincing management to unlock substantial budget is difficult; there are usually bigger or more immediate fish to fry.

In addition to the question of "Is IMA worth the investment?", for larger banks there is a second (and often-ignored) question of "Can we afford NOT to invest in IMA?"

Imagine a scenario involving two banks with similar activity and risk profile where one uses just its own data for analysis and decides to go SA, while the other uses a global pool of data and decides to go IMA. From that point onwards, the playing field is no longer level.

The risks to individual institutions and the system as a whole are not trivial. Banks moving away from IMA will incur reputational risk which could impact relationships with investors and supervisors. However, many banks moving together creates an undesirable clustering effect and an impairment to market liquidity.

While crowded trades are traditionally attributed to buy-side firms, a mass movement to SA could cause it to spill over to the sell-side as well. Discussions regarding systemic risk stemming from crowded trades in the CCP context have already emerged in recent years; if too many banks find themselves using the same prescribed risk methodology, concentrating their positions on a smaller set of risk factors, the road to a new systemic risk could open up.

Another unwelcome consequence of too many banks going SA is the "opting out" of different markets that they were traditionally active in. This will reduce banks' appetite to inject liquidity into the market during periods of turbulence or stress. If previous liquidity crises were characterized by a genuine lack of funds, could the next liquidity crisis be a result of banks' lack of ability or desire to deploy the funds at their disposal?

In conclusion, capital cost, running costs, reputational risk and systemic risk all need to be considered in the context of the final FRTB text due to be published later this month. Banks will have to shift gear very soon, starting with an overall assessment of their firmwide risk capital model and moving quickly to nominating which trading desks are in scope for IMA and which are not. Deciding on the direction of travel based on rumours rather than facts might be easier in the short-term, but ultimately could lead to a long and painful road-trip.

Learn more about our FRTB data and analytics offering