In Texas, operators report oil wells on a lease as a single monthly volume. Data users want to know "how much did each well produce?" but there is only a single volume for a group of wells. Allocation is the process of estimating the portion of the monthly volume from each well on the lease. We've found four key areas that impact the quality of production data and are crucial for good allocation.

IHS Markit is intentionally over-riding the RRC's lease volume when we see that an operator has reported volumes by permit and those volumes were never added to the lease volume. We can see from the start date of the well that the volumes are missing. In some cases, the corrected lease-level volumes are much higher than what the RRC has published. See the example below of leases in the Permian Basin where we have corrected volumes. 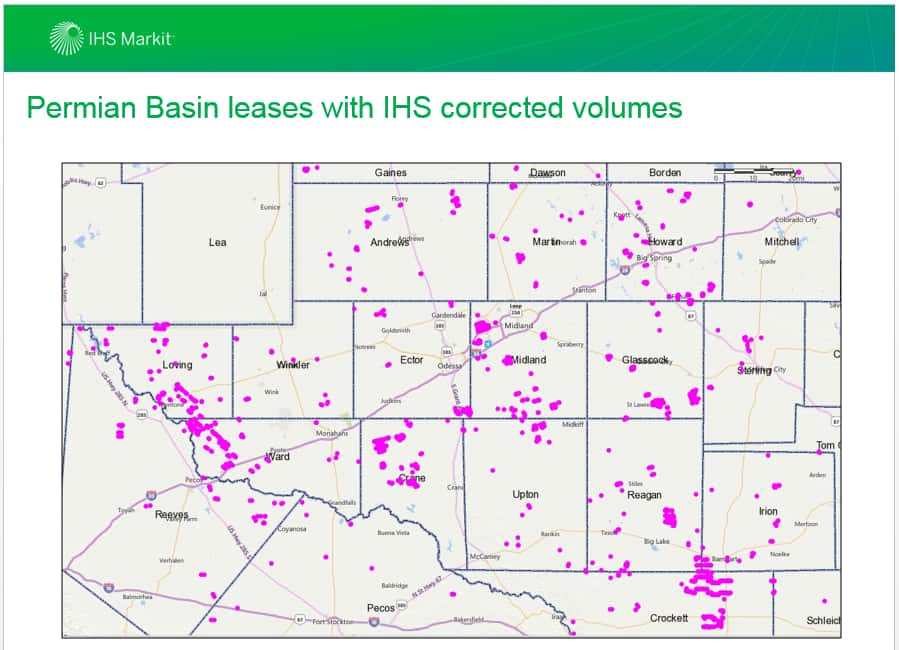 Allocation is highly dependent on good well test information for each well. Texas requires operators to file IP tests and annual capacity tests, but the first annual capacity test is received long after a well has begun declining. To improve the allocation, we are using the "by permit" production filings to create well tests derived from actual production rates. We also estimate daily rates of wells on a lease before a new well is added to the lease. We also often look at the volume rise on a lease to determine the average daily rate for new wells added to a lease.

RRC releases production data monthly. IHS Markit releases production data twice a month. The first release is the fastest. It incorporates all the corrections through the previous month, but doesn't have the very latest corrections to improve lease volumes and to improve the allocation. Our second release adds the newest corrections to lease volumes and the allocation. This second release is especially important if you are tracking new wells recently added to the file. Some users update their projects initially with the first release and then run a second update with just the production that had changes in the second release.

Texas has lots of variations from month-to-month, especially when a well first comes onto a lease. Some operators wait 6 months or more before putting a well's volume on a lease. Other times, operators will put volumes on the lease long before the associated wells are on the lease. When wells are moved from one lease to another or reclassified from oil well to gas well, the production released by the RRC can have large errors while they are transitioning the production. Every month, we find and fix these errors. If you update production without updating the prior month's production, your files are going to have a lot of pre-existing errors that we later fixed. There is a lot of variation in operator filing practices so we encourage users to update prior monthly production to get the best allocation of the production to the well level and to get all the volume changes that are filed late by operators.