While an upturn in the headline flash PMI for October might add to hopes that GDP growth could accelerate in the final quarter of the year, the survey also brought plenty of warning signs.

Adjusted for seasonal influences, the headline IHS Markit Flash US PMI, measuring changes in output across both manufacturing and services, reached 51.2 in October, up from 51.0 during September, to signal the sharpest increase in business activity since July. The latest reading points to a further modest recovery in output growth from the three-and-a-half year low seen in August. 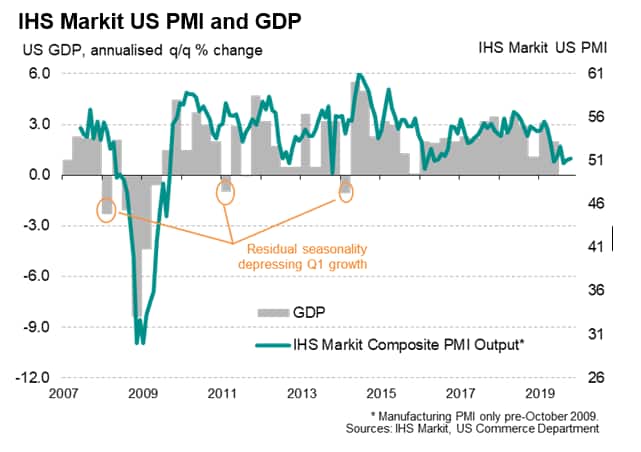 However, despite business activity lifting from recent lows, the composite PMI is still running at a level that is indicative of annualised GDP growth of just under 1.5% at the start of the fourth quarter. Moreover, a near-stalling of new orders growth in October to the lowest for a decade suggests that risks are tilted toward growth remaining below trend in coming months.

An increased rate of job culling adds to the gloomy picture, with jobs being lost among surveyed companies at a rate not seen since 2009. At current levels, the survey's employment gauge indicates non-farm payroll growth slipping below 100,000. Although manufacturing employment increased to the greatest extent for five months, service sector jobs were cut at the sharpest rate since 2009. 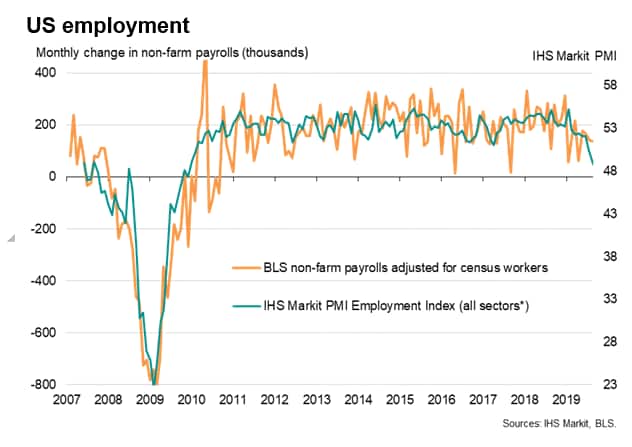 While the job losses in part reflected current weak order book growth, caution with regard to payroll numbers also reflected still-gloomy expectations for the year ahead. Although optimism hit a four-month high, it remained among the gloomiest seen since the global financial crisis. 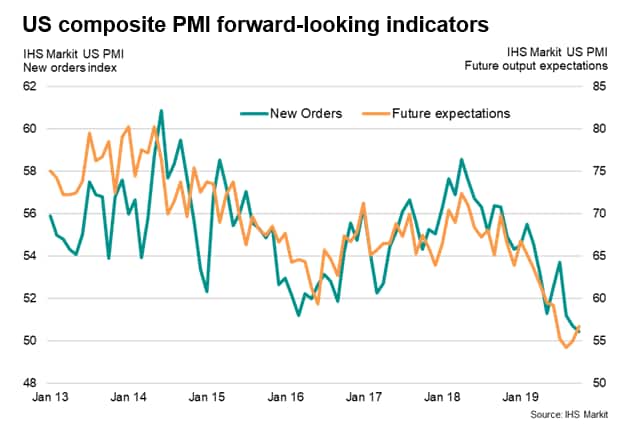 The overall subdued picture reflects a spreading of economic weakness from manufacturing to services in the third quarter, but encouragingly we are now seeing some signs of manufacturing pulling out of its downturn, in part reflecting a return to growth for exports and improved sentiment about the year ahead, linked to hopes that trade war tensions are starting to ease. 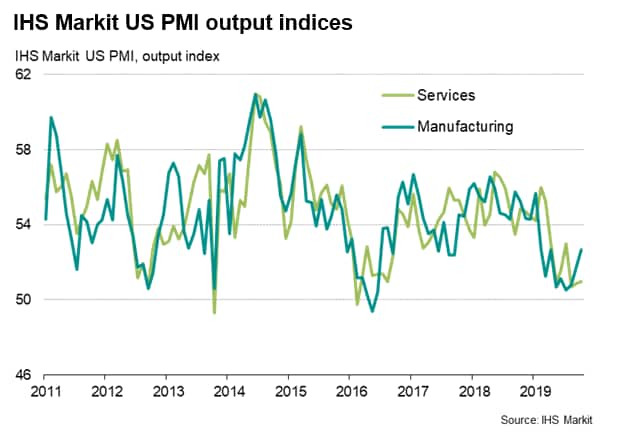 Manufacturing new orders grew at the fastest rate seen since April, with new export orders rising for the first time in four months. In contrast, new business across the service sector stagnated, failing to grow for the first time since data were first available in late-2009.

If manufacturing can continue to gain momentum this should hopefully feed through to stronger jobs growth and an improved service sector performance, translating into better GDP growth, but it remains too early to determine whether the economy has truly turned a corner. 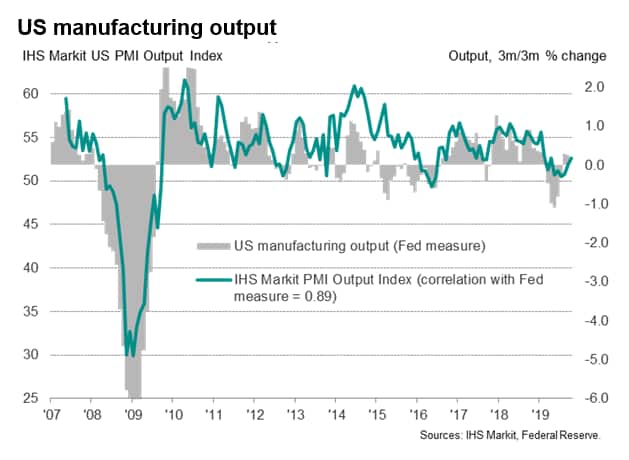 Catch up on our in-depth analysis of the latest Flash PMI data here: https://t.co/jQfdZsd4fc

Final #PMI data releasing next week will be keenly watched for the broader economic impact of COVID-19 outbreak aro… https://t.co/I0diPcpAD0

@WSJ: The surveys of purchasing managers point to large drops in output and big job losses in some of the world’s l… https://t.co/6MTxSk5w88