The UK is enjoying an unprecedented growth spurt as the economy reopens, according to the latest flash PMI data from IHS Markit and CIPS. Having been hit hard by COVID-19 lockdown measures in the first two months of the year, demand has revived sharply, leading to the largest increases in business output and new orders recorded since comparable data were first available 25 years ago during May.

The flash composite PMI output index, covering both services and manufacturing, rose from 60.7 in April to 62.0 in May. The prior peak of 61.7 had been achieved in October 2013. 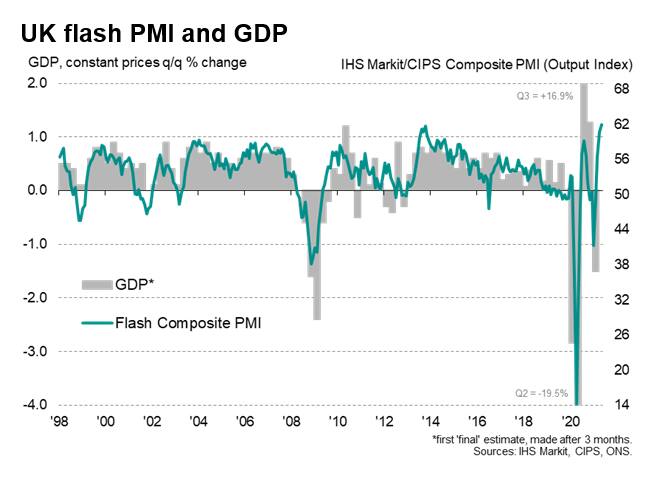 Factory output is growing at a pace beaten only once in over two decades as global demand for goods continues to revive, and the service sector is reporting near-record growth as the opening up of the economy allows more businesses to trade. The strongest upturns in demand were reported for hotels, restaurants and other consumer-facing services, though improvements were reported across the board in all sectors. 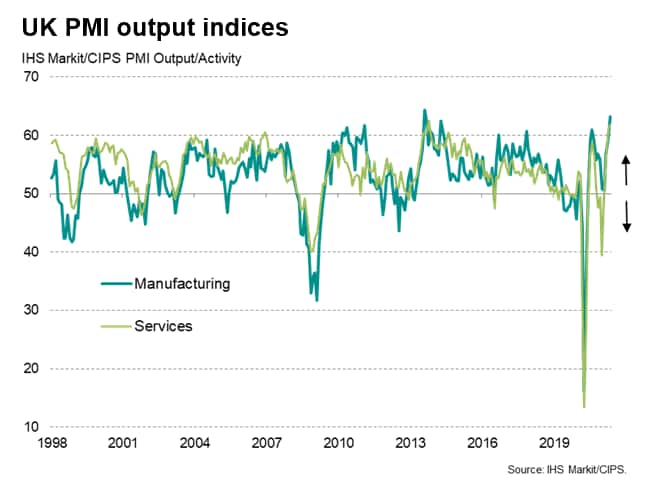 Jobs are also being created at a rate exceeded only once in the past 23 years of survey history, in part reflecting record levels of business optimism about the year ahead. 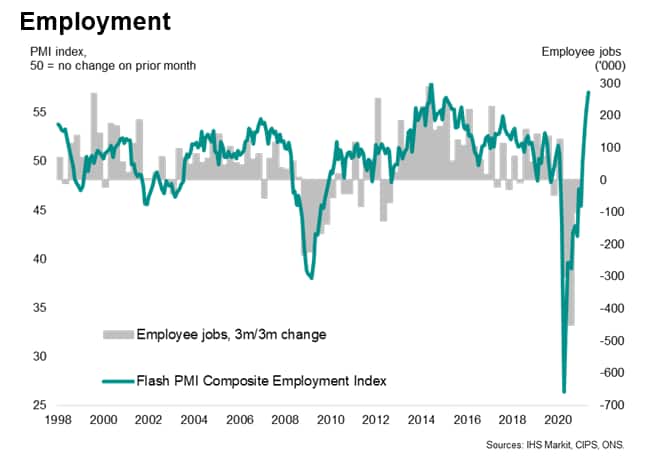 However, even with this burst of hiring, capacity limits are being hit, leading to the largest ever reported rise in backlogs of uncompleted work across both manufacturing and services. These limits have been hit in part due to a further near-record worsening of supply chain delays in May.

A direct consequence of demand running ahead of supply was a steep rise in prices, with average rates charged for goods and services both rising at unprecedented rates in May. The sharp upturns in the survey's price gauges hint strongly that consumer price inflation has much further to rise after lifting to 1.5% in April. 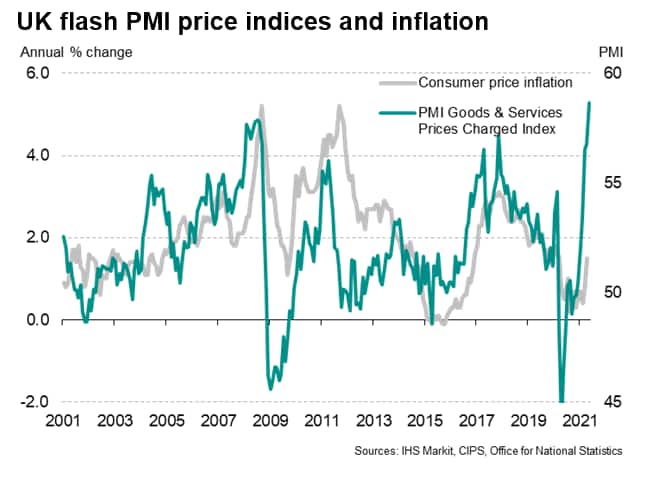 The rise in the PMI pushes it well into territory that would normally see policymakers making the case for some tapering of stimulus. However, the current growth surge needs to be looked at in context of the unparalleled economic slump seen in 2020, which means the recovery is only just getting underway (according to the ONS, March's GDP was still 5.9% below the levels seen in February 2020). The impact on prices could also prove temporary, as many of the price hikes have reflected surcharges on shipping and other shortage-relate issues emanating directly from the pandemic. As these constraints ease, price pressures should abate, but there remains a great deal of uncertainty as to how long it will take for global business and trade to return to normal functioning, especially if new virus variants appear. It will therefore be crucial to monitor the changing supply constraint and order book backlog situations in order to ascertain how transitory the current inflation spike will be. 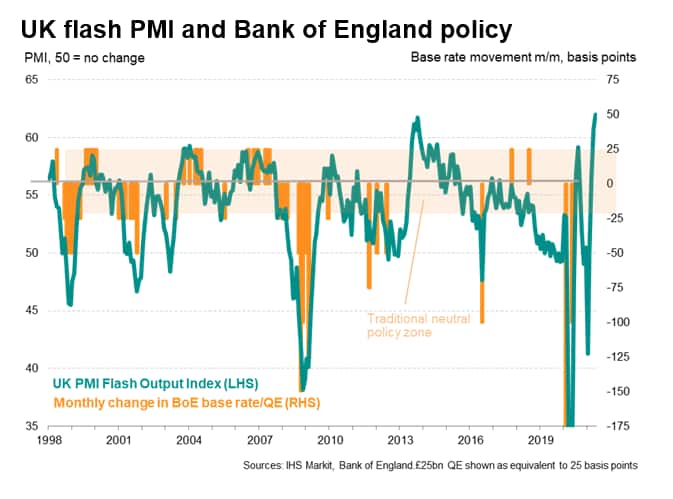