Flash PMI data indicate that the eurozone is at increased risk of falling into a double-dip downturn as a second wave of virus infections led to a renewed fall in business activity in October.

The flash IHS Markit Eurozone Composite PMI fell for a third consecutive month in October, dropping from to 50.4 in September to 49.4 to register the first contraction of business activity since June. Although the index remains well above the all-time lows seen during the height of the pandemic in the second quarter, the renewed decline raises the possibility that the region could see the economy contract again in the fourth quarter. 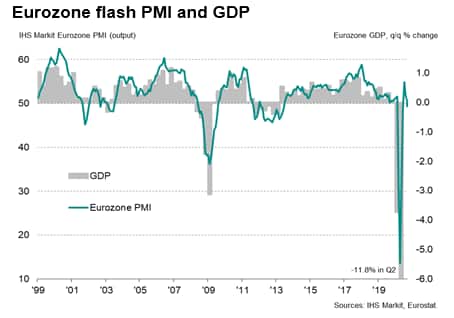 The survey revealed a tale of two economies. Manufacturing output growth accelerated to the fastest since February 2018, supported by inflows of new orders surging at the quickest rate since January 2018, but service sector output fell for a second successive month, deteriorating at the sharpest rate since May. If the March to May period at the height of COVID-19 lockdowns is excluded, the latest drop in service sector output was the steepest for eight years. 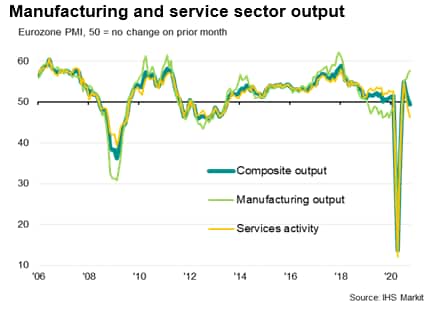 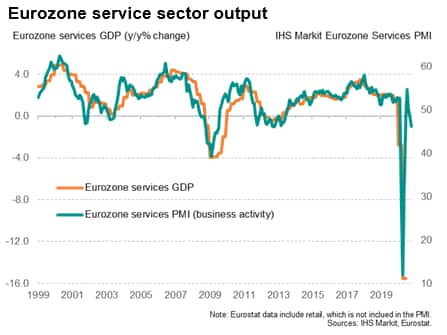 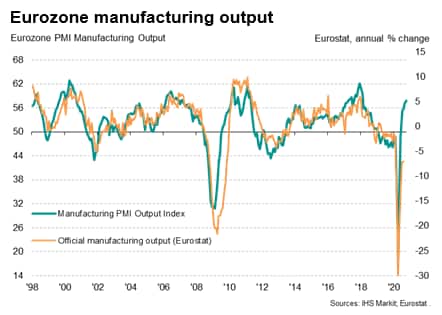 The divergence was even starker by country across the region.

Germany continued to report steady growth, the flash composite index merely dipping from 54.7 to 54.5 to register a solid expansion for the fourth month running. Although manufacturing output grew at a rate surpassed only twice in the survey's history since 1996, service sector activity fell for the first time since June.

France meanwhile saw business activity deteriorate for the second month running, the composite flash PMI down from 48.5 to 47.3 to signal an increased rate of contraction. A second month of services decline was accompanied by a weakening in the rate of factory output growth.

Elsewhere, business activity fell for a third month in a row, with the pace of decline running at the fastest since early-2013 barring the height of the pandemic. A solid expansion in manufacturing output was more than offset by an increased rate of contraction in services. 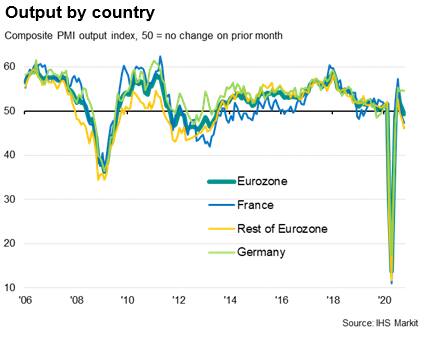 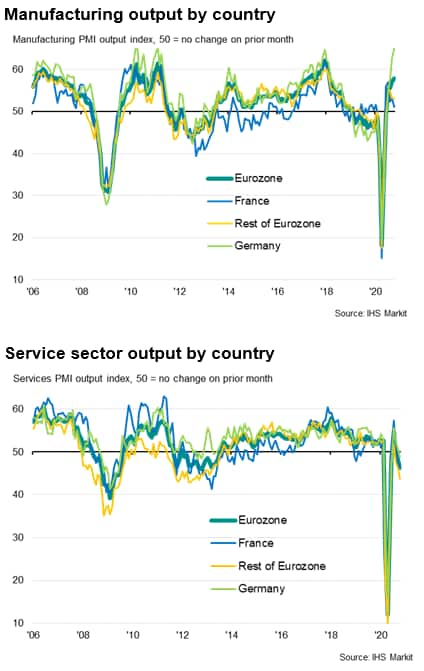 Employment was meanwhile cut across the eurozone as a whole for an eighth successive month, though the rate of job losses moderated further from April's record peak to the weakest since jobs began to be cut in March. The pace of job cuts nonetheless remained higher than at any time since June 2013 prior to the pandemic.

Job losses were seen across manufacturing and services, with the former recording the steeper rate of decline. Reduced employment was seen in Germany, France and the rest of the region as a whole, but the former showed encouraging signs of the labour market nearing stabilisation. Looking at price trends, deflationary pressures moderated during October. Average prices charged for goods and services fell for an eighth month running, but the rate of decline eased to the slowest seen over this period. Average prices charged in manufacturing edged higher, up for the first time since June 2019, though service sector charges continued to fall. Germany saw the largest upturn in price pressures, with average selling prices up for the first time since February.

Signs of underlying price pressures building were evident via the largest rise in input costs since February. Increases were reported in both manufacturing and services. 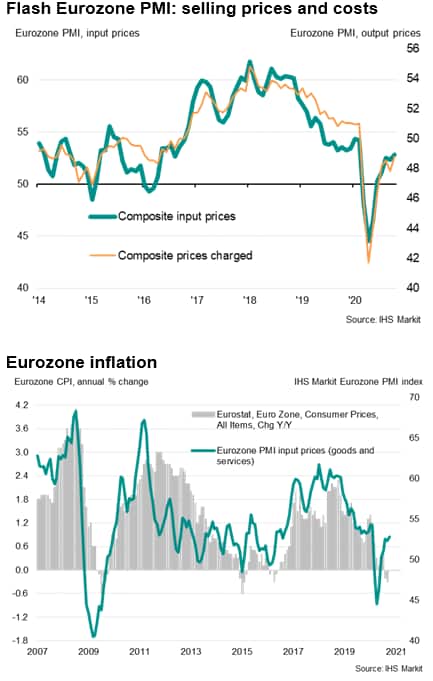 COVID-19 and the outlook

Looking ahead, business expectations about the coming 12 months slumped to the lowest since May, deteriorating in both manufacturing and services, with the latter seeing a particularly steep drop in sentiment. Optimism was also especially subdued in France.

While the overall downturn currently remains only modest, and far slighter than seen during the second quarter, the prospect of a slide back into recession will exert greater pressure on the ECB to add more stimulus and for national governments to help cushion the impact of COVID-19 containment measures, which not only tightened across the region in October but look set to be stepped up further in November. 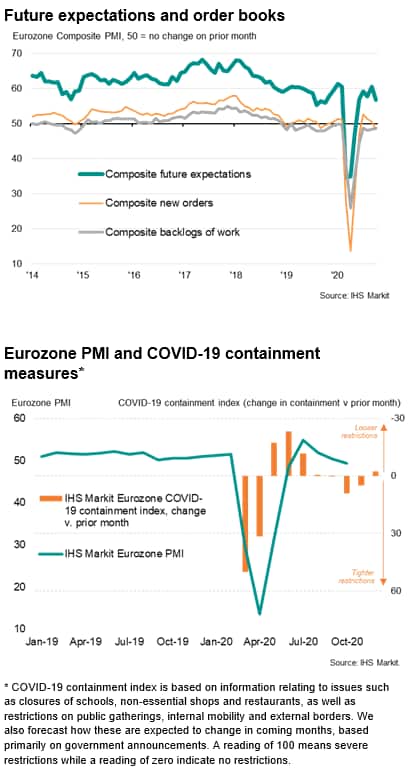 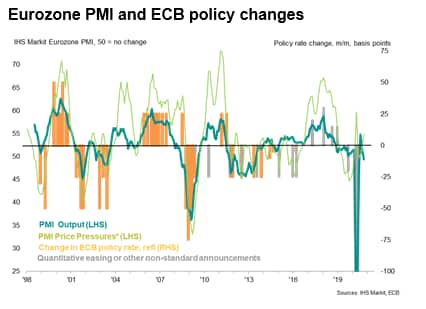