Japanese business activity grew in July at the fastest rate since last December, according to new survey data, though indicators of new orders and business sentiment suggest the improvement could be short-lived. Price pressures have meanwhile slipped lower, led by falling goods prices. 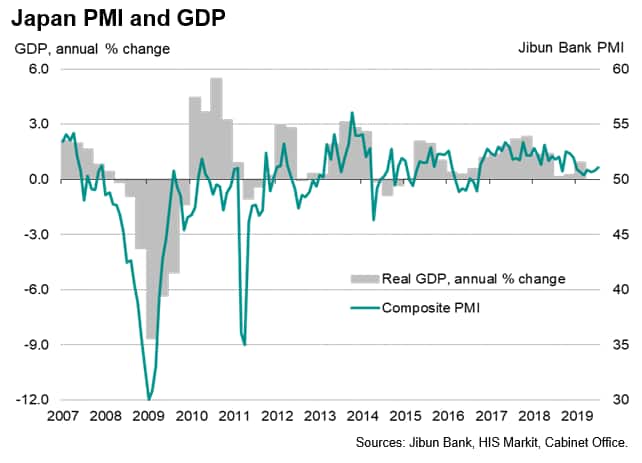 A steady start to the third quarter was indicated by the Jibun Bank flash PMI, compiled by IHS Markit, which showed growth of the combined output of the manufacturing and service sectors edging up to one of the fastest seen so far this year. The composite PMI Output Index rose from 50.8 in June to 51.1. July was the first month in which flash services PMI data have accompanied the flash manufacturing PMI, providing an early and more comprehensive insight into economic trends.

The July flash results showed that the expansion was fuelled by the service sector, where output rose to the greatest extent since February. In contrast, the manufacturing sector remained in decline, with output falling for a seventh straight month, resulting in an overall subdued rate of expansion. Historical comparisons suggest the latest PMI data are consistent with the economy growing at an annual rate of just below 1% at the start of the third quarter. 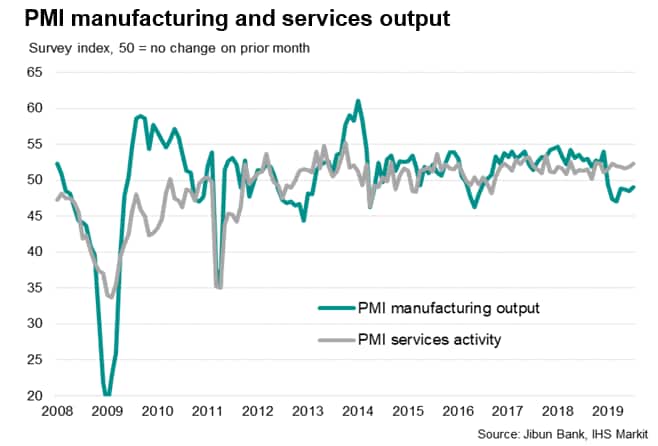 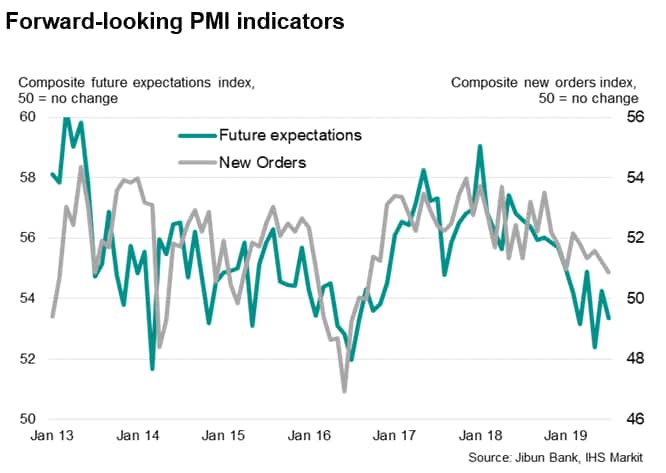 While some respite came in the form of goods production falling to the smallest extent since January, manufacturers' new order inflows continued to deteriorate at a rate in line with the average recorded in the first half of the year, led by a further drop in export sales, to hint at further downward pressure on factory production in coming months.

The further drop in exports comes at a time when, in addition to US-China trade wars, increasing tensions between Japan and South Korea have flared-up (see our special report).

While service sector exports also fell in July, the decline was far more muted than for goods, in part reflecting the service sector as a whole being less exposed to the impact of intensifying global trade tensions than goods producers. The overall inflow of new business into the service sector, was nevertheless the smallest seen for six months. 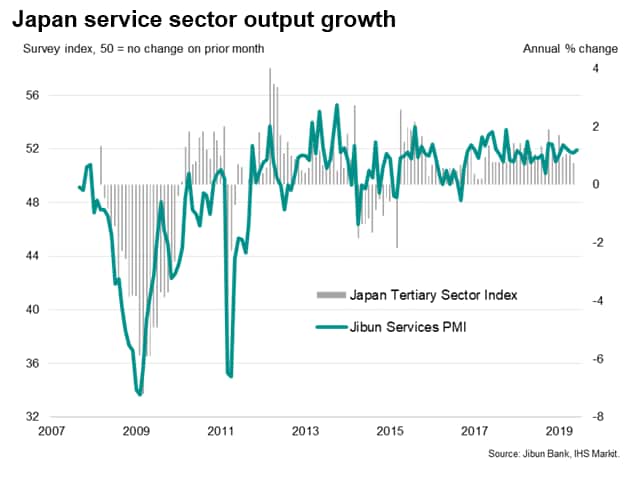 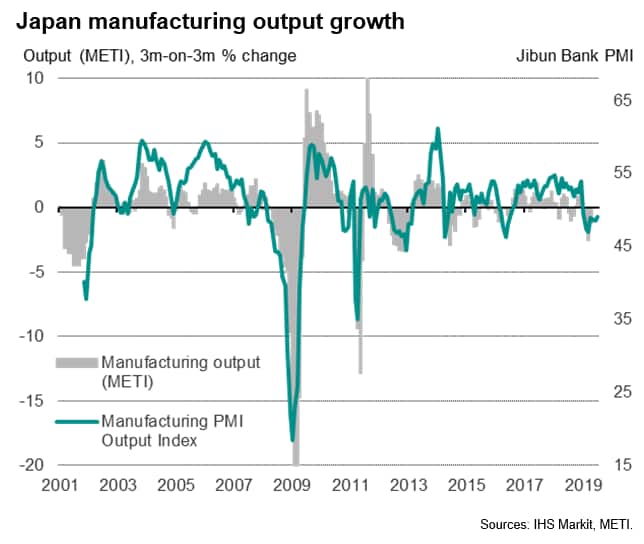 As a result of the ongoing decline in new orders for goods and weaker inflows of new work into the service sector, the overall rise in new business inflows measured across both sectors was the joint weakest since September 2016.

Meanwhile, in a further sign that the improved rate of overall output growth lacked legs, companies' expectations of their output in a year's time also fell in July, running at one of the lowest levels seen over the past three years. Service sector optimism sank to the lowest since August 2017 while manufacturing sentiment deteriorated to one of the lowest since 2012.

Other indices corroborated the gloomier outlook picture: manufacturers ran down their purchasing of inputs at the sharpest rate seen for three years and focused on keeping inventories low. Stock of finished goods fell to the greatest extent since January, often due to deliberate stock-reduction policies

The reduced growth of new business meant companies increasingly ate into previously-placed orders to ensure staff remained sufficiently busy. As a consequence, backlogs of work fell in July at the fastest pace since September 2016. The decline in manufacturing was particularly marked (the joint-largest since the start of 2013), though backlogs also fell slightly in services, hinting at a broad-based development of spare capacity.

Firms cut back on hiring due to the drop in backlogs of work, with jobs growing at one of the slowest rates since 2016.

Although price pressures rose slightly on the whole, the overall rate of inflation of prices charged for goods and services signalled was the weakest for two years, suppressed by an accelerating rate of decline of goods prices. Manufacturers' average selling prices fell for a second successive month, dropping at the sharpest pace since September 2016, suggesting that the central bank's fight against deflation has still further to go. 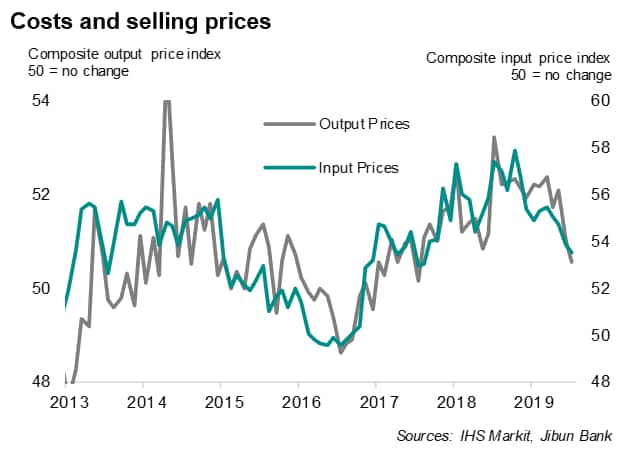