The start of the third quarter saw a further deterioration in Japanese manufacturing conditions, according to flash PMI, as new export sales continued to decline. Other survey indicators also added to the gloomy outlook, hinting that the sector is unlikely to see significant improvement in coming months. 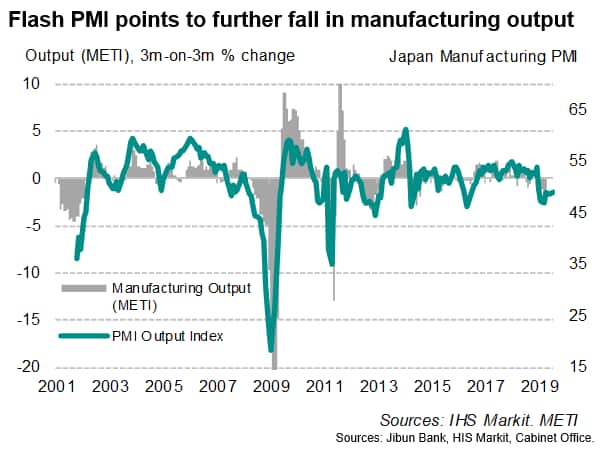 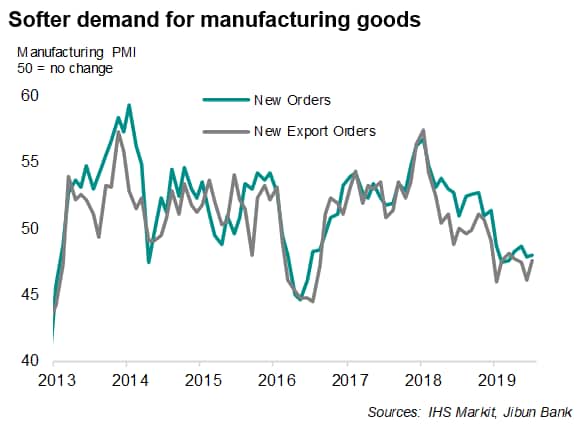 The 'flash' estimate of the Jibun Bank manufacturing PMI, compiled by IHS Markit, rose to 49.6 in July, up from 49.3 in June, but nonetheless indicated a deterioration in the health of the manufacturing sector, which marked the fifth decline over the past six months.

Factory output remained in decline for a seventh consecutive month in July, with signs of further downward pressure on production volumes in coming months. Most notably, the continued reduction in order book growth pushed companies to eat into previously-placed orders to keep output steady. As a consequence, backlogs of work fell sharply again in July, with the decline the joint-largest since the start of 2013.

Falling exports were the main driver of the manufacturing downturn. New export orders have now fallen in each month since December as trade war tensions weighed heavily on international demand for Japanese goods. In addition to US-China trade dispute, the further drop in exports in July comes at a time of rising frictions between Japan and South Korea. 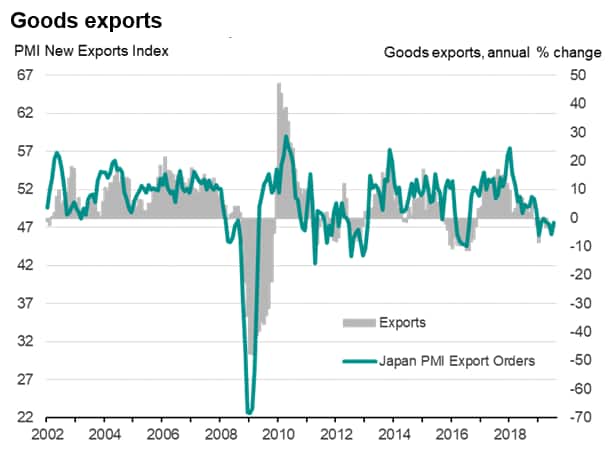 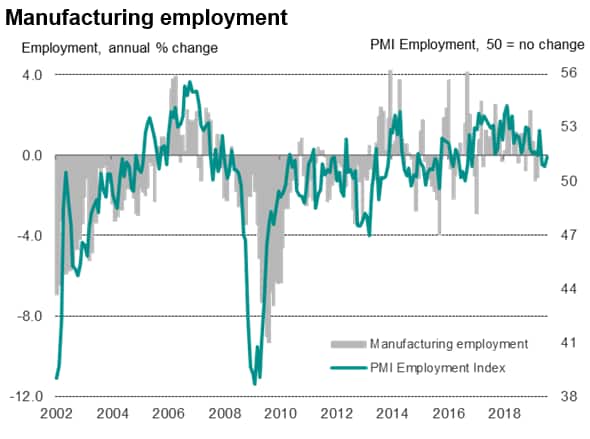 Other manufacturing survey indices corroborated the sombre outlook. Purchasing of inputs fell further in July, with the latest decline the steepest seen for three years. Manufacturers also continued to run down inventories amid greater uncertainty in demand, preferring not to have excessive stocks in order to keep costs low.

While recent economic growth continued to be supported by resilient service sector, as indicated by the composite flash PMI, there is increasing fear that an entrenched manufacturing downturn could spread into the broader economy in coming months, and ahead of the planned sales tax hike.

Firms meanwhile cut selling prices further amid softer demand conditions, with average output charges dropping at the sharpest pace since September 2016. Cost pressures rose slightly, but at the slowest rate seen since the end of 2016, increasing the risk of deflationary pressures returning and confounding the central bank's efforts to stoke inflation. 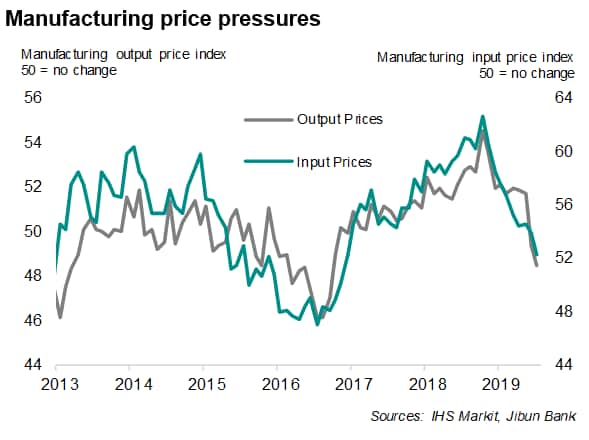