The eurozone economy is close to stalling as a deepening manufacturing downturn shows further signs of spreading to the service sector.

The IHS Markit Eurozone Composite PMI® fell to 50.4 in September according to the 'flash' estimate, down from 51.9 in August to signal the weakest expansion of output across manufacturing and services since June 2013. At these levels, the survey data indicate that GDP looks set to rise by just 0.1% in the third quarter, with momentum weakening as the quarter closed. 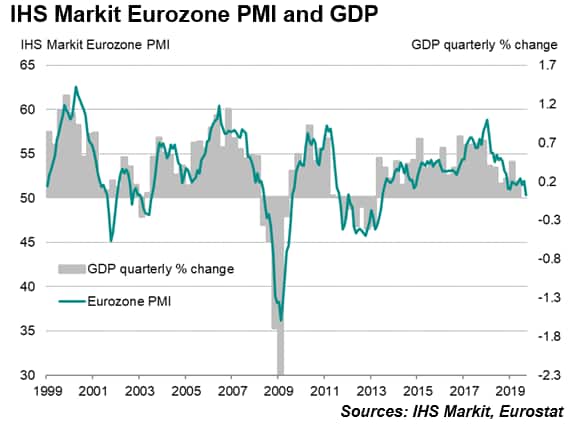 The weakest link remained the goods-producing sector, which is going from bad to worse. September saw factories report the steepest downturn since 2012, commensurate with the official measure of manufacturing output falling at a quarterly rate in excess of 1%. 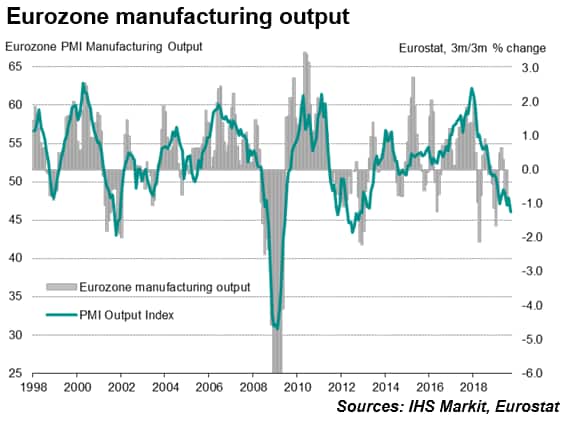 However, a further worrying trend is the broadening-out of the malaise to the service sector, where the rate of growth has now slowed to one of the weakest since 2014. To put this in perspective, the survey data indicate that quarterly output growth in the service sector has slowed from 0.5% in the second quarter to just 0.3% in September. 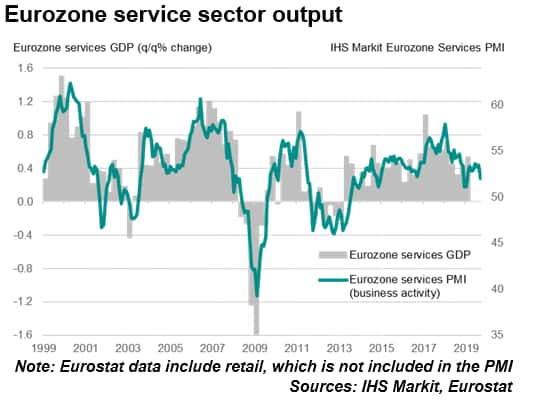 Our fears in prior commentary had been that we would see a largely unprecedented gap between manufacturing and services start to narrow, with services succumbing to the weakness spreading from manufacturing, and this is indeed something which now appears to be occurring.

The details of the survey suggest the risks are tilted towards the economy contracting in coming months. Most vividly, new orders for goods and services are already falling at the fastest rate since mid-2013, suggesting firms will increasingly look to reduce output unless demand revives.

Expectations for the year ahead meanwhile remained stuck at one of the lowest levels since 2012, lifting only marginally higher since August. The survey saw ongoing concerns about trade wars and geopolitical stress, notably Brexit, exacerbating worries about gloomier economic growth and demand prospects, both locally and globally. 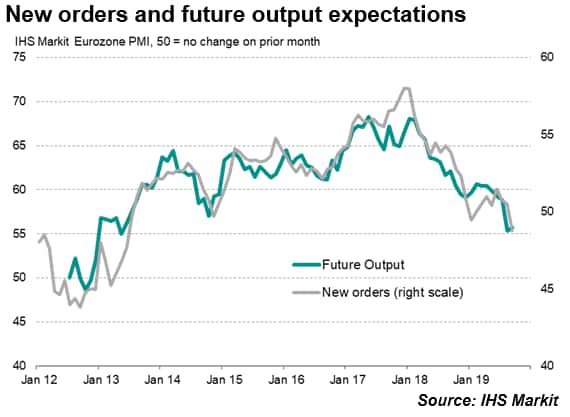 Furthermore, hiring is being scaled back due to the order book slowdown, with jobs growth now down to the lowest since the start of 2015. A worsening labour market adds to the risk that households could trim their spending. 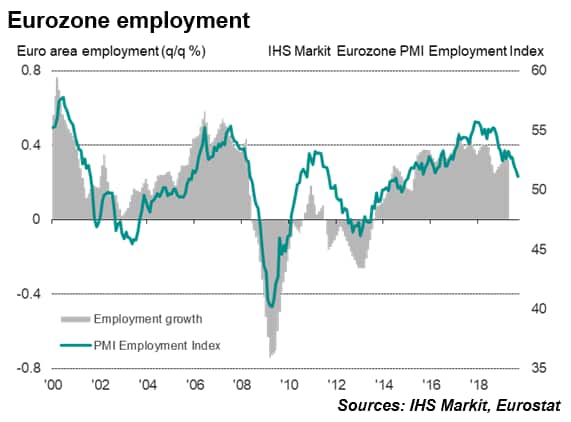 The overall picture of an economy on the cusp of sliding into decline was underscored by a further deterioration in firms' pricing power. Average prices charged for goods and services barely rose in September, registering the smallest increase since October 2016, while input cost inflation hit the lowest since August 2016. 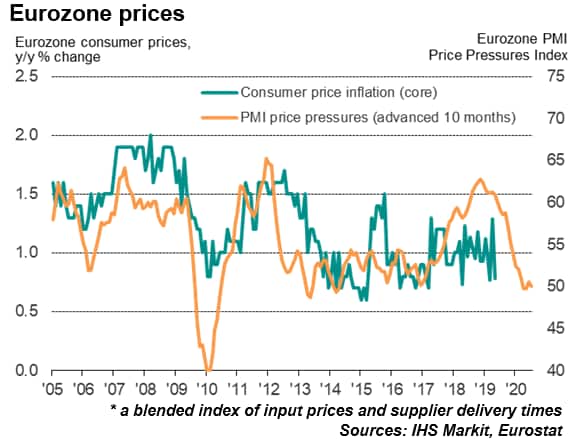 The latest survey data come on the heels of the ECB having announced a fresh stimulus package, including revived asset purchases of €20bn per month (with no fixed end date) and a further reduction of the deposit facility interest rate to -0.5% (this was the fifth cut of 10 basis points since the DFR first went below zero in 2014 but the first reduction since March 2016), as well as a new series of quarterly targeted longer-term refinancing operations (TLTRO III). However, with the PMI adding to risks of increasingly sluggish growth and low inflation in coming months, further monetary policy easing is likely. 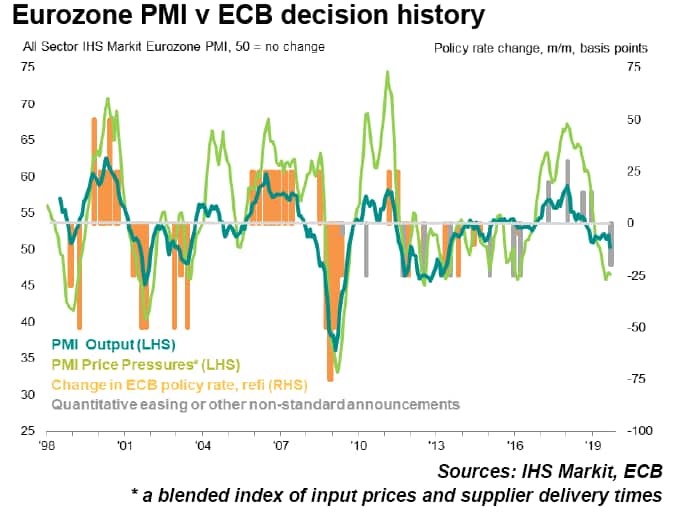