Flash PMI data signalled a deeper downturn in Australia's private sector economy at the start of the year, with the headline index falling to a survey-record low during January. However, the survey's more forward-looking indicators suggest that the downturn could bottom out in coming months. There were also signs of strengthening export growth amid an easing in the US-China tensions. 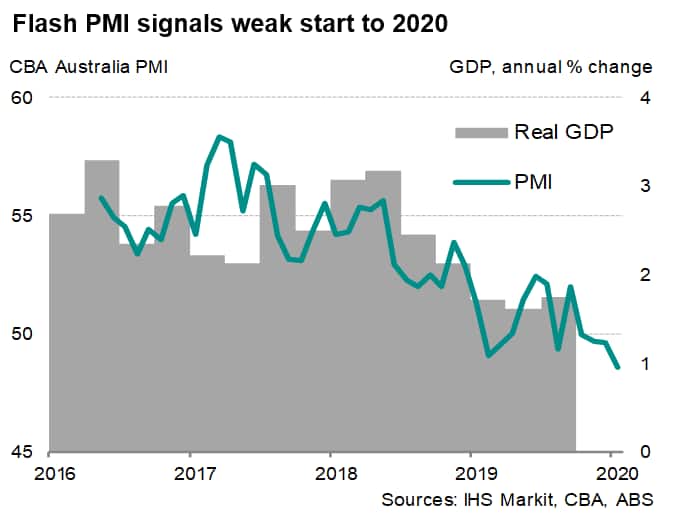 The Commonwealth Bank Australia Flash PMI, compiled by IHS Markit and covering both the manufacturing and service sectors, fell to 48.6 in January, down from 49.6 in December and signalling a contraction of business activity for a third month running. The latest reading was the lowest since data collection began in May 2016.

The ongoing weakness was led by a fifth straight monthly fall in manufacturing output, which represents the longest continual decline in goods production in the survey's history. The production downturn was primarily fuelled by deteriorating domestic demand, in turn often linked by firms participating in the surveys to the softening building industry and drought-related disruptions.

Service sector business activity declined further, mainly reflecting the negative impact of drought conditions and bushfires on consumer spending. The pace of contraction accelerated to the fastest for nearly a year. 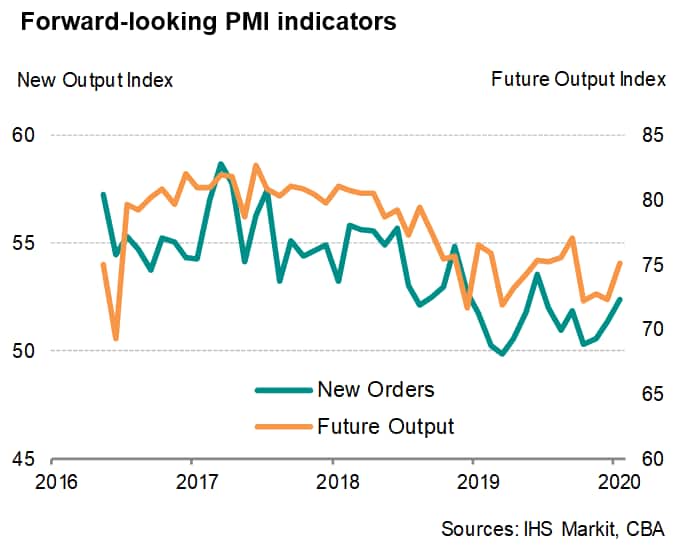 Despite shrinking business activity, demand conditions have continued to strengthen at the start of the year, with overall new business intakes increasing at the fastest rate for seven months. Sustained sales growth put further pressure on operating capacity, with backlog accumulation continuing to be reported across the Australian private sector. In addition, business expectations for output in the year ahead rose to a four-month high during January, implying rising business confidence. Indeed, if both better weather conditions prevail and the housing sector starts to recover, the slowdown in economic growth could turn a corner. 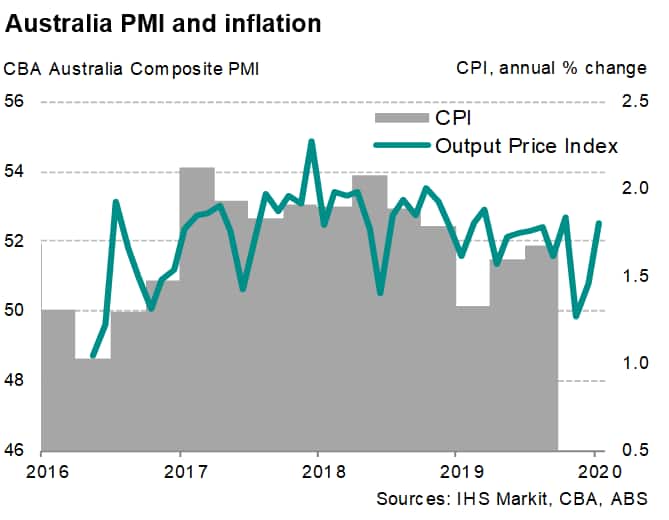