The Australian economy continued to expand into the second quarter with May flash PMI data from IHS Markit indicating a ninth consecutive month of growth. Although the pace of expansion eased from the survey high noted in April, it remained one of the fastest seen over the survey's five-year history despite signs of capacity constraints limiting output, and supported a record upturn in hiring. Worries of inflation may also continue to be warranted, with both input cost and output charge inflation reaching fresh survey peaks.

The flash composite PMI output index, covering both services and manufacturing, eased from 58.9 in April to 58.1 in May. However, April's flash PMI had marked the fastest rate of expansion for the Australian economy since the survey began in May 2016, and is one of only two occasions to have beaten May's expansion. 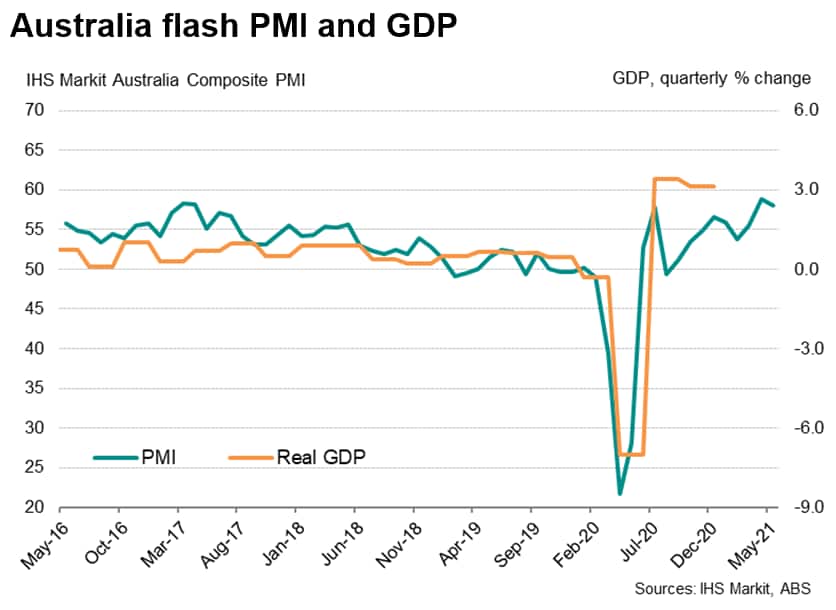 Demand was robust as Australia continued to depart from lockdown conditions, despite pockets of COVID-19 cases dampening business activity in parts of Western Australia. Both manufacturing and services output growth eased from April's height but continued to improve at impressive rates. Notably, service sector business activity expanded at a slightly faster rate than manufacturing in May to underscore the broadening out of the recovery as COVID-19 restrictions slipped further away in the rear-view mirror. 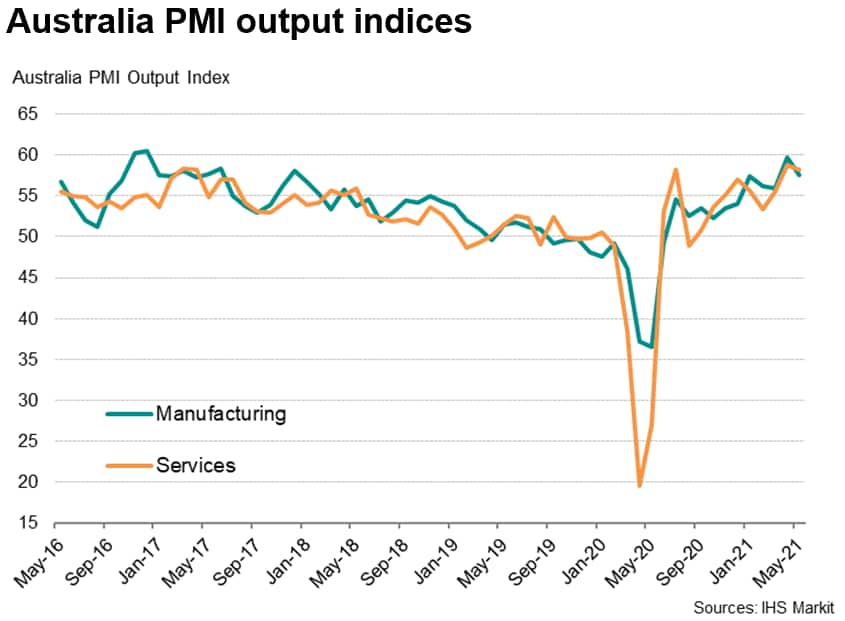 The improving conditions is consistent with the Reserve Bank of Australia's recent view that the economic recovery is set to continue. The RBA had also signalled that rates may stay low at least until 2024 for fear of stifling the economic recovery, which is supportive of continued improvement in the Australia economy.

Record job creation noted in May

Additional capacity pressures had also led to firms sustaining the expansion of their workforces into May. Notably, private sector growth employment increased at a rate that was the strongest seen since the inception of the survey in May 2016.

While the conclusion of the government's JobKeeper wage subsidy led to an overall decline in Australian employment in April, the May IHS Markit Flash Australia Composite PMI's employment indicator is pointed towards a continuation of the improvement in hiring conditions into Q2. 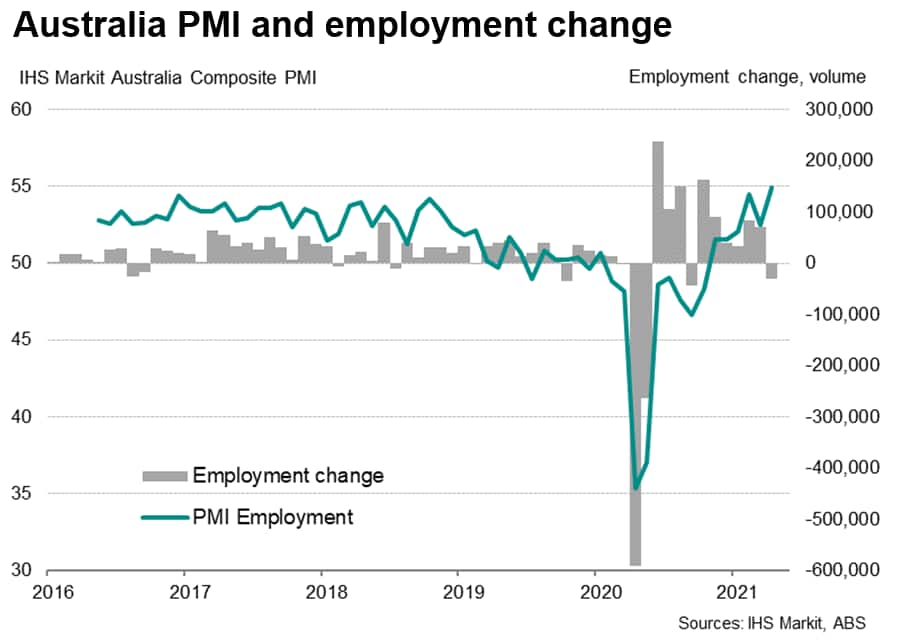 Price pressures worsens into May

The highly watched input cost and output charge inflation gauges meanwhile pointed to new records in May, signalling the continued build-up of price pressures. This is of no surprise, given soaring commodity prices, though the survey also reveals pricing power having been buoyed as demand exceeded supply for many goods and services, as reflected in a further marked lengthening of supplier delivery times and a record build-up of backlogs of work as businesses struggled to fulfil new orders. 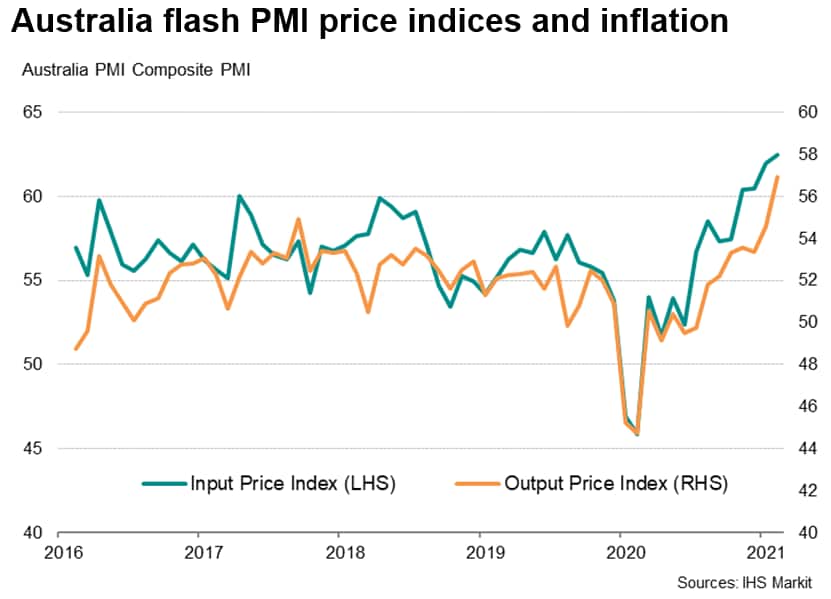 While economists and investors alike are scrutinising the nature of the recent rise in prices, it is worth noting that Australian private sector firms had also continued to pass on these costs to clients that may induce some stickiness of the recent cost increases.

Meanwhile despite recent geopolitical uncertainties having led to China pledging to increase their own iron ore production, prices had been unflinching towards the news. The RBA has certainly made known their interest to keep rates lower for longer, but the recent Fed murmur of tapering has given us reasons to pay extra attention to prices. As far as the May flash PMIs have indicated, the price pressure is on.