Paul Burton, Director of Industry and Budgets at Jane's discusses defence budget trends in South East Asia on CNBC. Mr Burton notes, states such as Indonesia and Vietnam are investing heavily in their defence budgets and infrastructure, and procurement funding is also increasing significantly.

(Below - opens in new window) 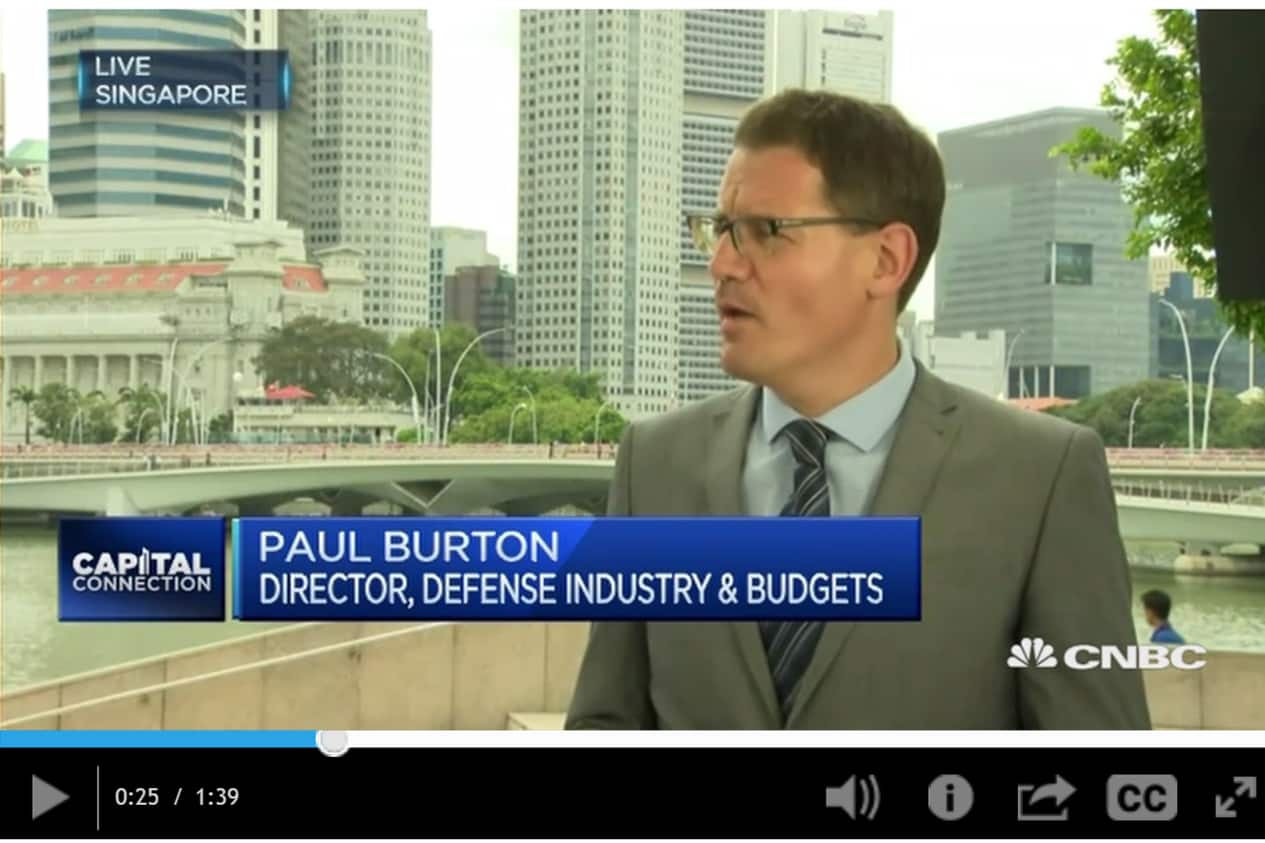 Defence spending in APAC has boomed in recent years, driven by economic expansion in the region. Rising tensions around the South China Sea could see growth accelerate further.

Between 2011 and 2015, the key states surrounding the South China Sea spent $166 billion on the procurement of defence equipment. Between 2016 and 2020 that number is expected to increase to $250 billion, with priorities shifting towards air and naval capabilities.

"A key trend in APAC is the shift from a traditional focus on territorial defence towards power projection," said Craig Caffrey, principal analyst, Jane's. "This is new for the region and is likely to increase military-to-military contact between states. Rising defence spending could therefore be indirectly responsible for increased tension within the region which in turn could spur faster budget growth."

Japan's defence budget will hover around the $41 billion mark between now and 2020. "Although the Abe administration has started to increase defence spending after a decade of cuts, there are still severe budgetary constraints in place in Japan," said Paul Burton, director, Jane's. "Japan cannot realistically match the kind of budget growth we continue to see in China, so the government is focusing upon spending its defence budget more efficiently and trying to provide more capability for the same amount of money."