Falling demand for US equity "specials"

In a year which has generally been regarded as one big short squeeze, it's unsurprising that demand for the most expensive to borrow equities has been declining. The traditional short interest metric, which looks at the percentage of outstanding shares short, has delivered negative alpha this year, with the most shorted stocks outperforming the least shorted by 85bps per month, which doesn't even consider borrowing cost. 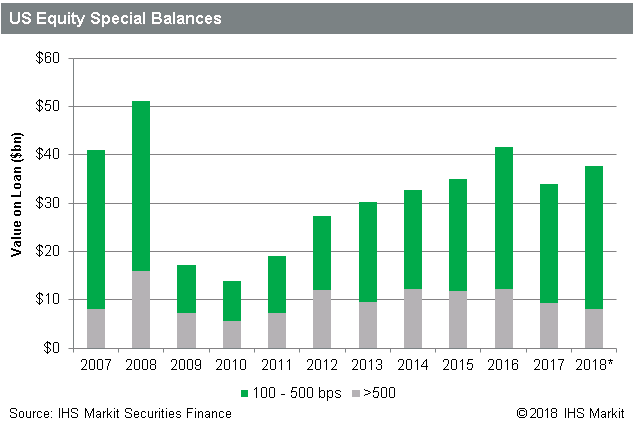 The declining demand for specials in 2018 has extended a trend in place since 2016, when the Q2 rally jolted short sellers who added to positions in the Energy related sell-off in Q1. January 2016 was the best month for the most expensive to borrow factor post-crisis, followed shortly thereafter by April of that year turning in the worst post-crisis returns, and both records still stand. 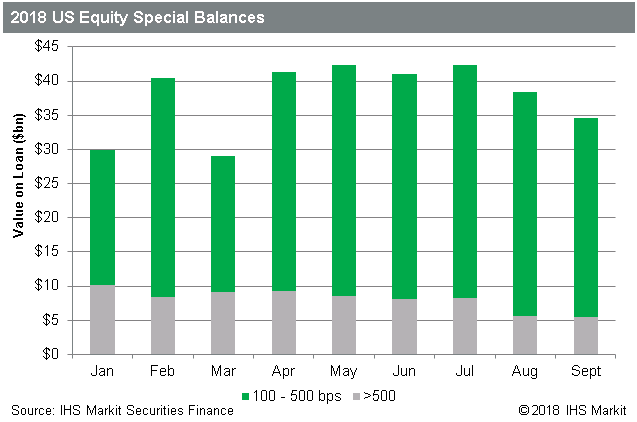 The "specials" balances in latter 2016 were aided by Tesla trading special around the Solarcity acquisition, which peaked on September 23rd, with borrow fees north of 27% on a balance of $5.4bn (the marginal rate for new borrows was 70% that day). While Tesla no longer trades special - minor shocks around proxy votes earlier this year notwithstanding - the fee has stayed above 100bps since April, bolstering the "warm" balances in the 100-500bps range. 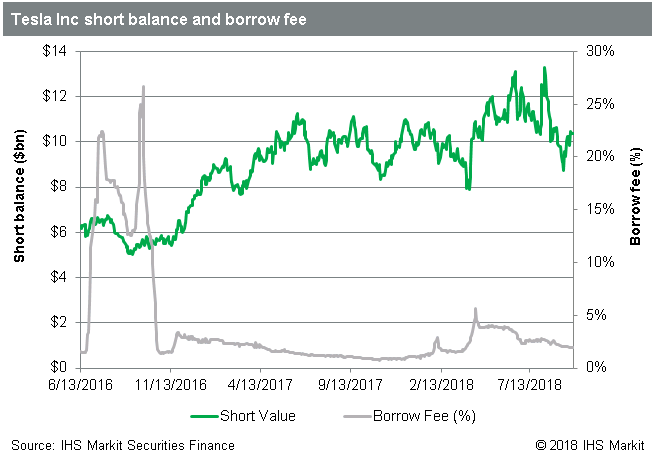 The significance of Tesla to demand for "warm" stocks is notable, with balances in January and February much lower than March of this year, purely as the result of the Tesla balance being below the threshold. A similar story emerges for 2017, which had a TSLA sized hole for warm balances. It's worth noting that TSLA balances have only briefly touched a balance lower than $8bn since the borrow fee started to decline in early 2017.