The rebound in demand from COVID-19 lockdowns propelled global manufacturing output growth to its fastest for 11 years at the start of the second quarter. But supply delays hit a record high, limiting production in many companies and driving goods prices higher at a rate not previously recorded by the survey, with the US reporting the steepest increase.

The JPMorgan Global Manufacturing PMI, compiled by IHS Markit from its proprietary business surveys, hit an 11-year high in April, signalling an accelerating rate of expansion of the goods-producing sector at the start of the second quarter. 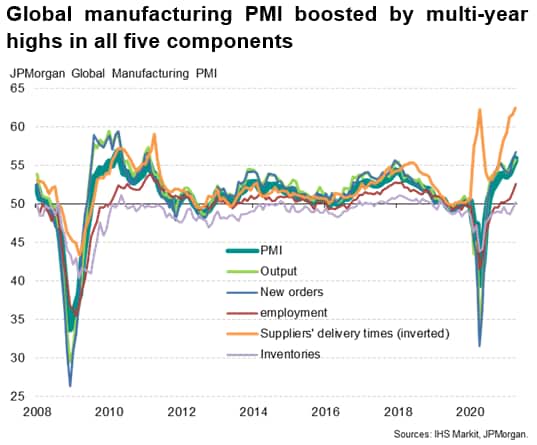 The survey showed global manufacturing output growth hitting the fastest since February 2011, driven by the largest influx of new orders since May 2010. The latter was buoyed by the steepest increase in worldwide exports orders seen over the past 11 years as global trade flows continued to revive from pandemic-related lockdowns. 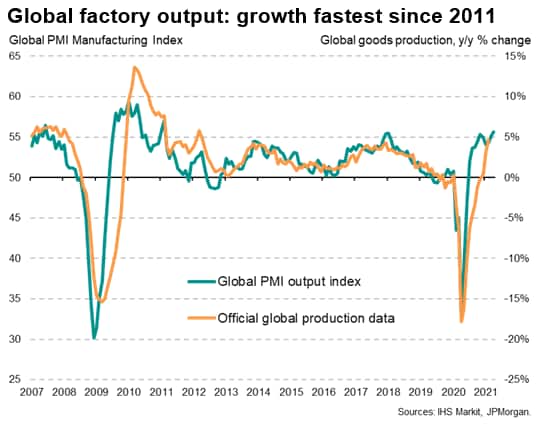 Of the major economies, global production growth was led by the eurozone, where the rate of expansion slowed only slightly from March's 24-year survey record high, followed by the UK. However, the UK's upturn in part reflects a rebound from near-stalled production in the first two months of the year. Production in the US also remained above the global average.

While Japan lagged, its growth rate was nevertheless the strongest recorded for three years, and firm growth was again seen in the rest of Asia excluding China. China notably saw growth run well below levels recorded during its initial rebound last year. 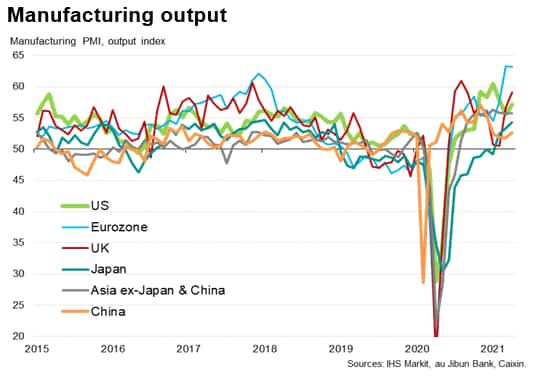 Despite rising sharply, production growth continued to run behind demand to an extent rarely recorded by the survey. Excluding the factory shutdowns seen in China early last year, the shortfall of output relative to new orders widened to the highest since August 2009. Backlogs of uncompleted orders consequently grew at a rate not seen since May 2004. 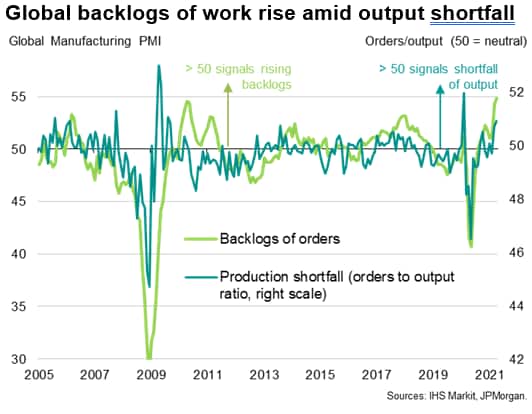 The biggest shortfalls of current output relative to new orders were recorded in Germany, the Netherlands, the US and Taiwan, suggesting these economies are seeing the greatest short-term constraints on production. 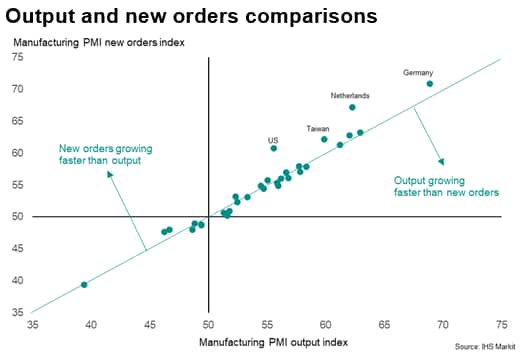 The shortfall of production and resulting jump in accumulated backlogs of works could be traced in many instances to supply chain delays. As measured by the global PMI's supplier delivery times index, lead times for inputs supplied to factories lengthened to the greatest extent since records began in 1998.

Longer delivery times were most commonly linked to a shortage of global transportation, notably shipping, in many cases attributed to a lack of available containers and port congestion.

Supply delays were most pronounced in the Europe the US and Canada and Taiwan, helping to explain the above-average constraints on production signalled in these economies. 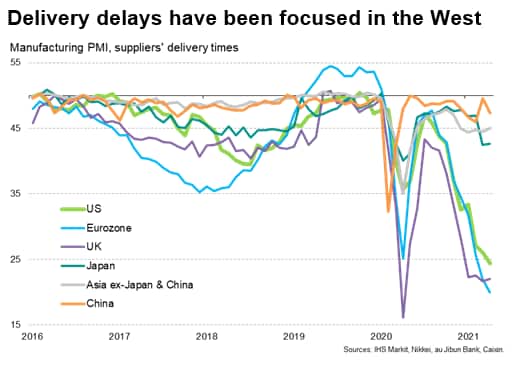 Record price growth, led by the US

The combination of surging demand and record supply shortages led to a further rise in price pressures during March. Average prices paid globally for inputs rose at the steepest rate since March 2011.

With firms often seeking to pass these higher costs on to customers, average selling prices for goods leaving the factory gate were hiked to an extent not seen since comparable data were first available in 2009.

Looking across the major economies of the world, although the Eurozone saw the steepest rise in input costs, followed by the UK, it was the US that reported the steepest increase in average prices charged for goods leaving the factory gate in April, albeit with the rate of increase moderating slightly from March's survey record. Japan's rate of selling price inflation remained especially modest by comparison with the other economies. 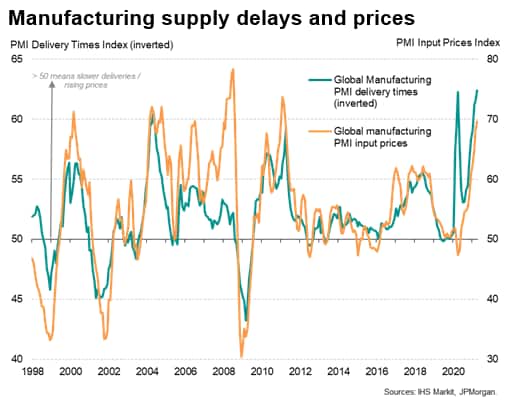 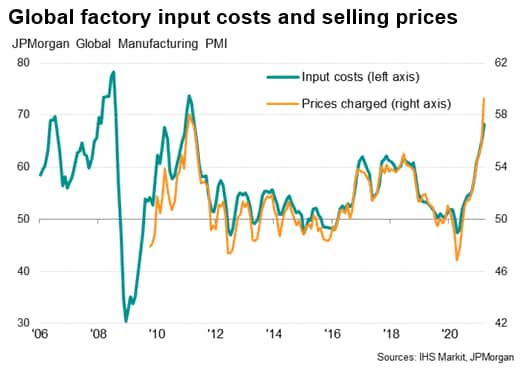 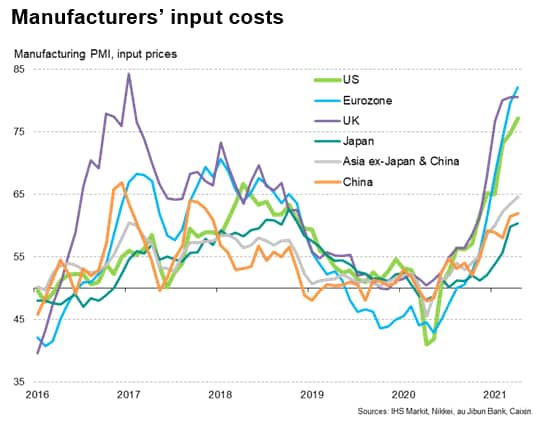