The eurozone economy remained mired in a fragile state of weak and unbalanced growth in August, according to the latest survey data. With price pressures also remaining subdued, the data add to the case for more stimulus from the ECB in September.

At 51.9 in August, up from 51.5 in July, the IHS Markit Eurozone PMI® Composite Output Index signalled the continued yet still modest expansion of the euro area private sector. The average reading so far for the third quarter indicate that GDP will rise by just 0.2%, assuming no substantial change in September. Official data available so far for the quarter suggest growth could be even weaker. 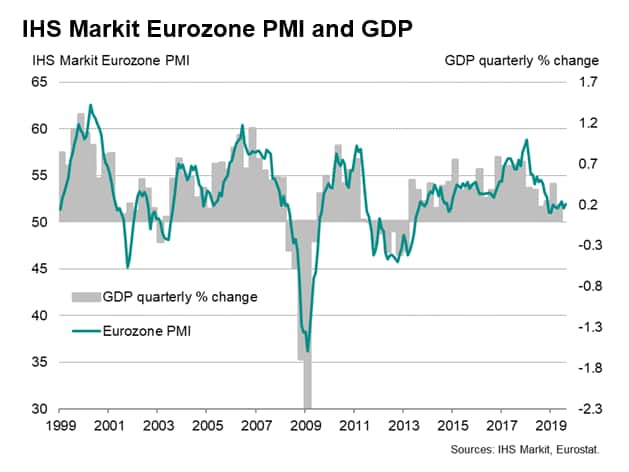 The picture remained very mixed both by sector and country, highlighting how downside risks continued to persist. The August data showed that a fierce manufacturing downturn, fuelled by deteriorating exports and most intensely felt in Germany, continued to be offset by resilient growth in the service sector, the latter in turn propped up to a large extent by solid consumer spending in domestic markets. 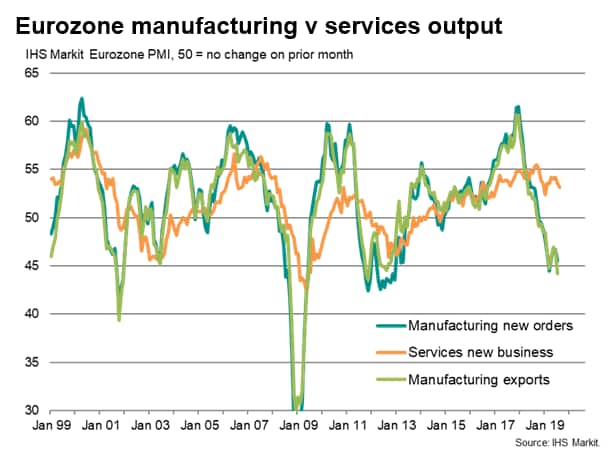 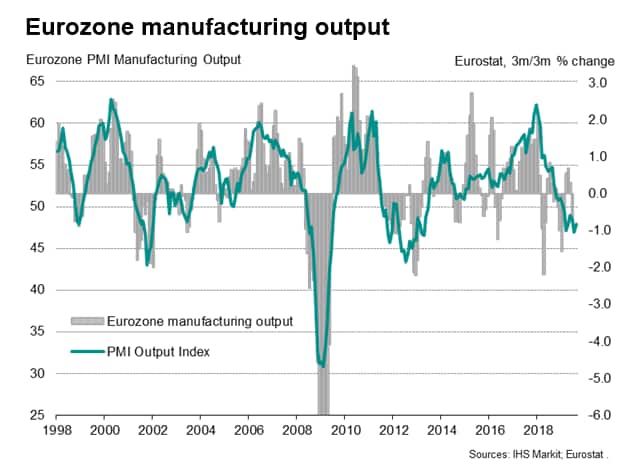 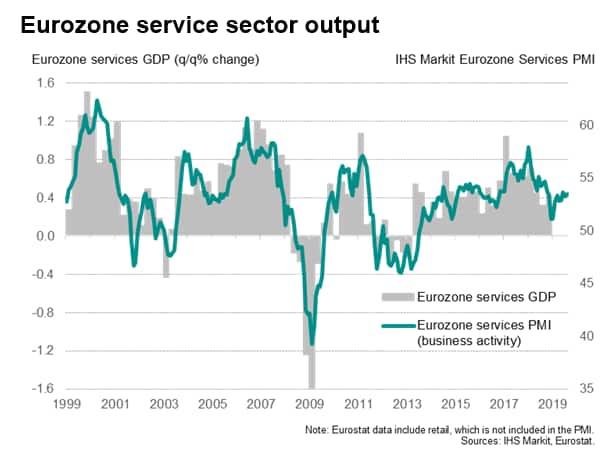 Employment could hold key to divergence

The big question is how long this divergence can extend before the manufacturing weakness spreads to services and households. With jobs growth waning to the slowest since early-2016 a deteriorating labour market looks set to be a key transmission channel in which the trade-led downturn infects the wider economy. A sharp drop in business optimism about the coming year in the service sector, down to the joint-lowest for six years, suggests that companies are already braced for tougher times ahead. The surveys also continued to signal weak price pressures. Although input cost inflation rose, the rate of increase remained among the weakest recorded over the past three years and well down on that seen at the start of the year. Similarly, average selling prices for goods and services rose only modestly, recording one of the smallest gains since late-2016, as firms reportedly often competed on price to win new sales. 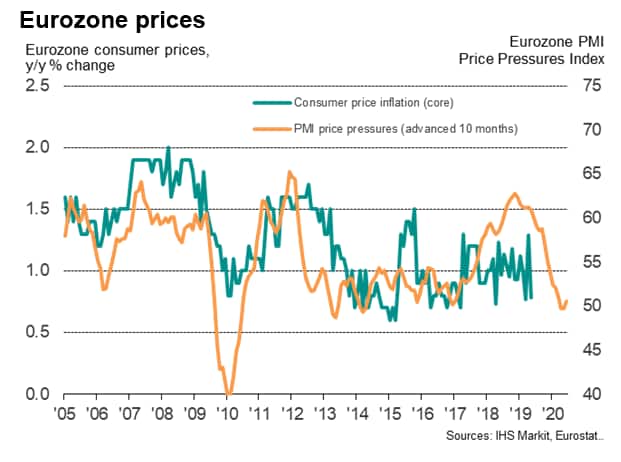 Renewed stimulus from the ECB is therefore expected as the central bank seeks to stem the spreading malaise and revive demand. The minutes from the ECB's July meeting showed there was a wide consensus of the need for a highly accommodative monetary policy stance for a prolonged period of time and there was broad agreement to adjust the forward guidance on policy rates by reintroducing an easing bias and to initiate preparatory work looking at options for new asset purchases. Moreover, the meeting noted that experience had shown that a policy package - such as a combination of rate cuts and asset purchases - was more effective than a sequence of selective actions.

Our European economics team therefore expects a restart of net asset purchases and a reduction in the deposit facility rate (DFR) of 10bp, to a new low of -0.50% on 12th September. The door will likely be left open for further cuts, in tandem with the introduction of a tiering system to attempt to mitigate the adverse effects on commercial banks.

For more detail on our take on the policy outlook, and its potential effects, please see our special report: More ECB policy easing on the way, and soon, but will it make much difference?. 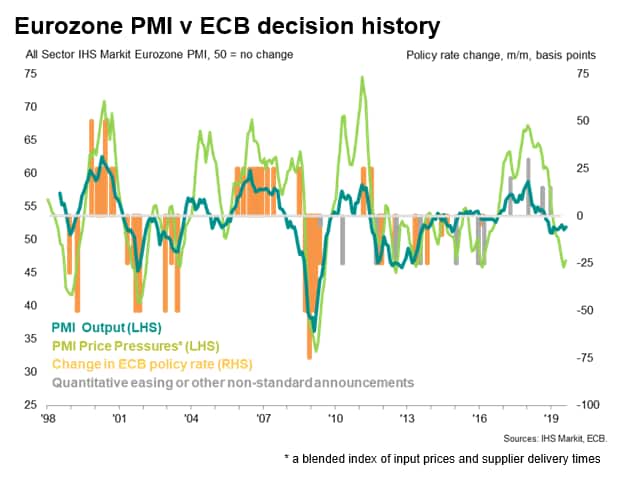