The S&P Global Eurozone Manufacturing PMI® fell to 49.6 in August, down from 49.8 and further beneath the 50.0 mark that separates growth from contraction. Although only just below 50, this was the lowest reading since June 2020 and signalled a second successive deterioration in manufacturing operating conditions.

More importantly, some of the PMI's sub-indices painted a far gloomier picture of the health of the manufacturing sector, suggesting worse is to come and adding to recession risks.

The positive flipside of the downturn is a cooling of inflationary pressures, as both demand and supply factors exert less of an upward pull on firms' costs. 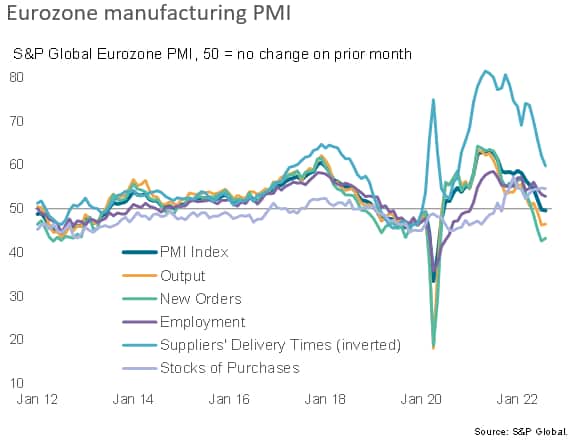 Output down for third straight month

With the PMI being a composite index, amalgamating five survey variables into one index to provide an overall picture of the health of the factory sector, some of the leading indicator properties of the survey data can be dampened, as lagging indicators such as employment and inventories are included in the PMI.

In particular, the survey's output index tends to provide a more reliable indicator of current production trends than the headline PMI, and in August signalled a further steep drop in production, meaning output has now fallen for three successive months. This clearly adds to the likelihood of GDP falling in the third quarter, as hinted by the earlier flash PMI numbers.

An even gloomier signal is being sent by the survey's new orders index, which tracks the influx of work received by manufacturers each month to provide a forward-looking insight into the production trend in coming months. Disappointingly, new orders fell for a fourth consecutive month in August, dropping at a similarly sharp rate to that seen in July, which was one of the steepest seen over the past decade, and fueled in part by slumping trade flows. 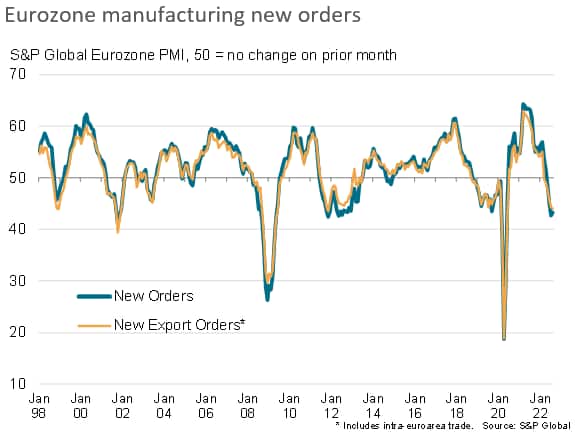 Falling order books have not only led increasing numbers of factories to cut production, but have also meant warehouses are filling with unsold stock to a degree unprecedented in the PMI survey's 25-year history. Similarly, raw material inventories are accumulating due to the sudden and unexpected drop in production volumes. 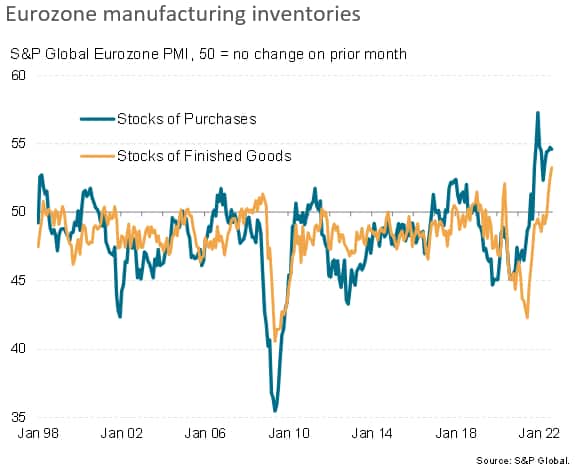 Weak demand and efforts to reduce high inventory levels are therefore combining to drive production lower in the months ahead. The orders-to-inventory ratio - an important indicator of future production - is in fact now signalling a downturn of an intensity not seen since 2009, barring the initial pandemic lockdown months. 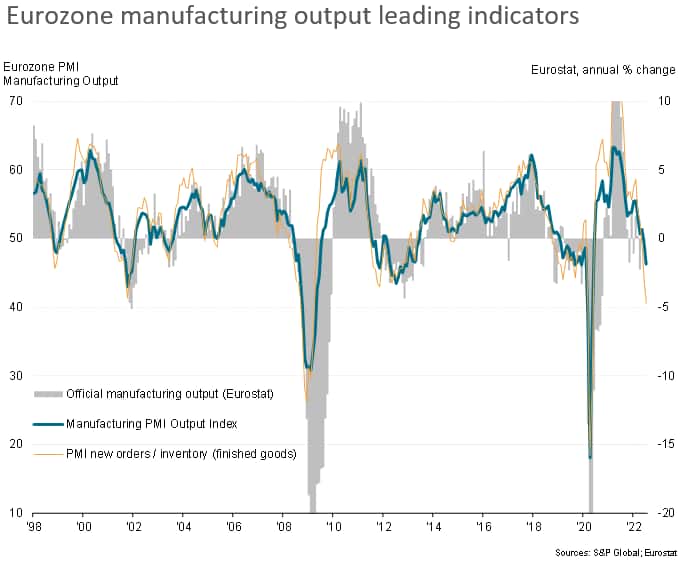 Some good news on inflation was provided by an easing in rates of increase for both factory input costs and selling prices, linked to weakened demand and fewer supply chain issues.

Both input cost and output prices rose at their slowest rates in 19 and 16 months respectively. The PMI Suppliers' Delivery Times Index meanwhile indicated a reduction in the number of supply delays for a fifth month in a row, with delays now at their lowest since October 2020. That said, vendor performance continued to worsen overall as transportation issues and shortages of certain materials persisted.

Furthermore, the rate of inflation signalled remains elevated by historical standards, higher than any readings seen for almost a decade prior to the pandemic, thanks principally to energy, the cost and supply of which presents a major unknown for the outlook for both production and inflation in the months ahead. 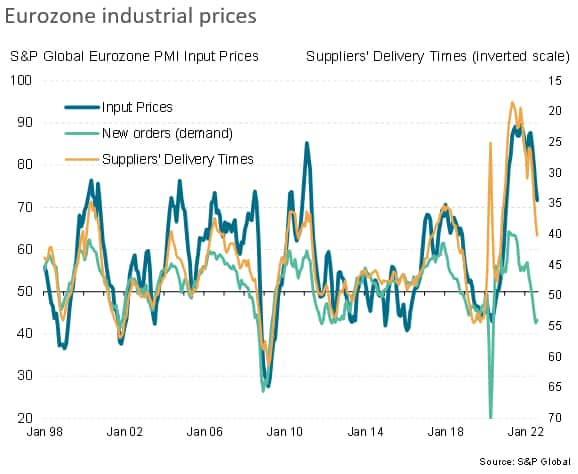