The eurozone economy relapsed in July, with the PMI giving up the gains seen in May and June to signal one of the weakest expansions seen over the past six years amid a deepening manufacturing downturn. Overall inflows of new work almost stagnated and business sentiment fell to its lowest since late-2014, causing companies to take an increasingly cautious approach to hiring. Selling prices meanwhile came under pressure amid tough competition and weak demand.

Having risen in the prior two months, the IHS Markit Eurozone Composite PMI® fell to 51.5 in July according to the 'flash' estimate, down from 52.2 in June to register the weakest monthly expansion of output for three months. Over the past six years, only four months have seen lower PMI readings. 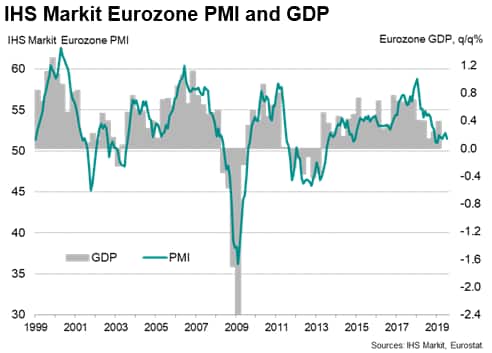 At this level, the PMI indicates that the pace of GDP growth is set to weaken from the 0.2% rate indicated for the second quarter closer to 0.1% in the third quarter.

The manufacturing sector has become an increasing cause for concern, reporting the steepest drop in production since April 2013. Geopolitical worries, Brexit, growing trade frictions and the deteriorating performance of the autos sector in particular have pushed manufacturing into a deeper downturn. The survey is indicative of the goods-producing sector contracting at a quarterly rate of approximately 1%. 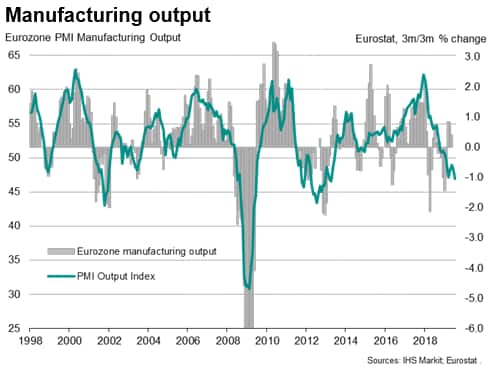 The more domestically-focused service sector remained the main driver of expansion, though even here the rate of growth has slowed slightly, likely in part due to signs of weaker labour market trends. 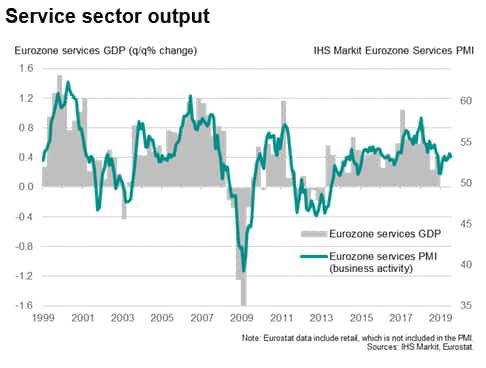 Hiring was close to a three-year low in July, which could feed through to lower service sector growth in coming months if it results in weakened consumer confidence. 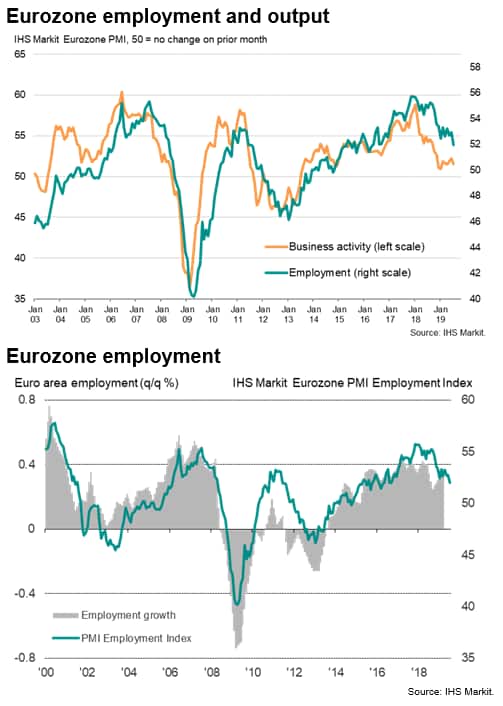 A big question also remains as to how long the service sector can sustain strong growth in the absence of an expanding manufacturing sector. July saw a widening divergence between the manufacturing and service sectors to the largest since April 2009. 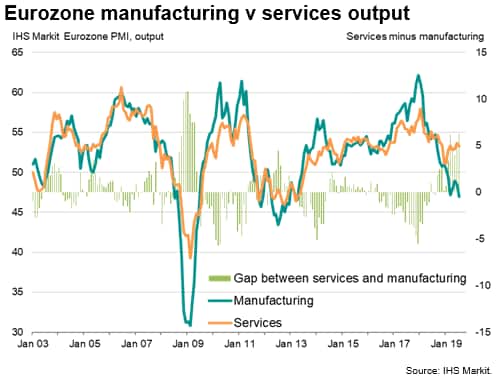 The survey saw growing concerns about trade wars and weakened economic growth prospects both locally and globally, as well as rising geopolitical stress, notably including Brexit.

Inflationary pressures became increasingly subdued amid the slowdown. Average prices charged for goods and services registered the smallest increase since November 2016, led by the largest drop in factory selling prices since April 2016. Service sector charges meanwhile rose at the second-slowest rate seen over the past 14 months.

Input cost inflation across the two sectors remained unchanged from June's 33-month low. Input prices fell for a second successive month in manufacturing but rose at a slightly increased rate in services. While manufacturing costs were often reported to have eased on the back of lower global commodity prices as suppliers offered discounts, service sector costs were often pushed up by higher wages. 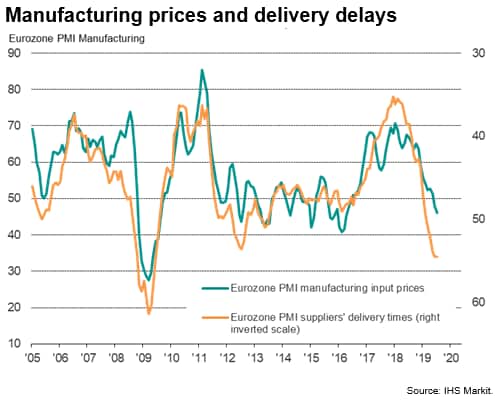 By region, similar modest rates of growth were seen in Germany, France and the rest of the eurozone as a whole, with manufacturing acting as an increased drag on output in all cases, notably in Germany. 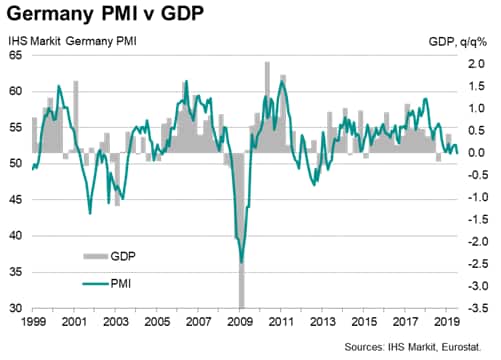 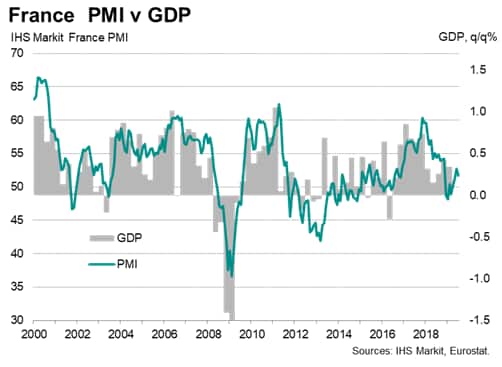 With growth slowing, job creation fading and price pressures having fallen markedly compared to earlier in the year, the survey will give added impetus to calls for more aggressive stimulus from the ECB.