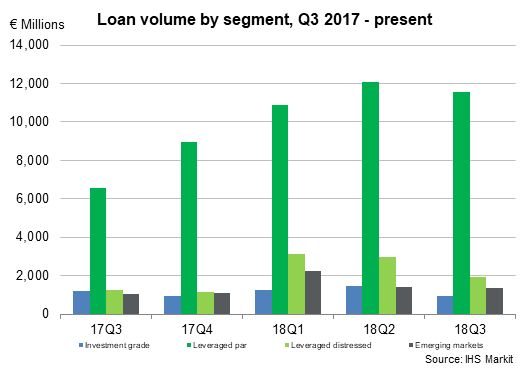 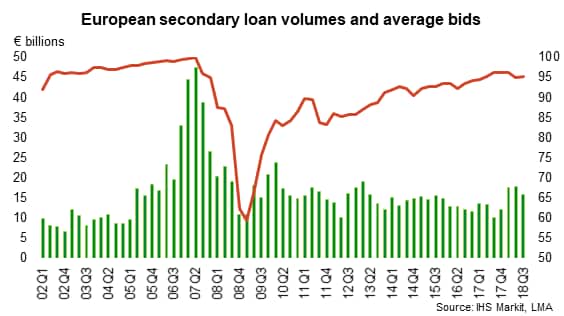 Number of trades by market segment

Activity in the European loan market has seen consistent growth over the past 18 months, and Q3 2018 showed no signs of that stopping. There was once again record LMA secondary par trading volume settling through ClearPar during the summer months, with numbers up by as much as 30% compared to Q2 2018 and almost double that of the same period 12 months prior. This additional activity saw over 18bn in notional changing hands in the secondary market alone. This jump in secondary activity points to a buoyant market, and albeit only by 1.1 days, the average settlement time for secondary par trades did fall in Q3 despite such a large increase in trading volume. Again, these are positive signs that progress is being made to facilitate continued growth. All eyes on Q4 to see whether these volumes remain, with much relying on the continued availability of new issuance to meet the markets appetite. 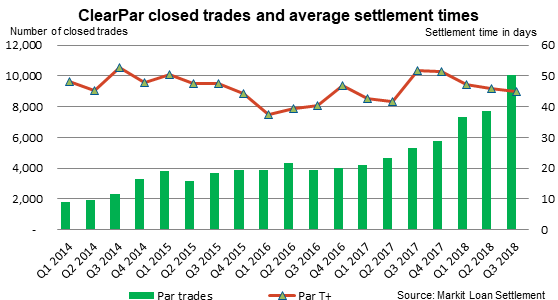 A total of 21 buyside and sellside institutions participated in this survey.