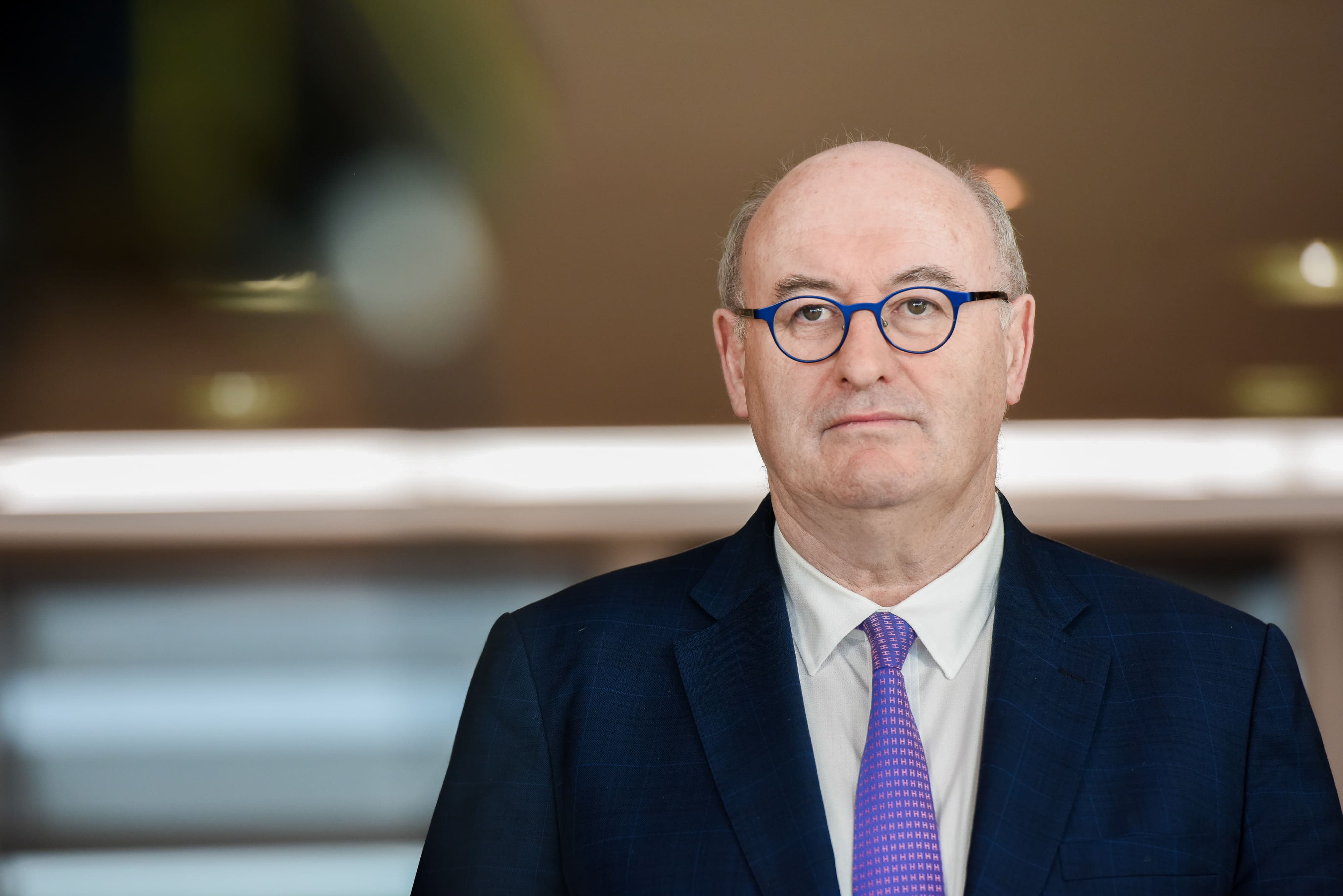 In a statement, he wrote that it had become "clear that the controversy concerning my recent visit to Ireland was becoming a distraction from my work as an EU Commissioner".

It means his head is the latest to roll following 'golfgate', a controversy sparked by an Irish golf dinner on 19 August where several leading politicians, including Hogan, did not respect social distancing guidelines. The scandal had already taken the scalp of the country's new agriculture minister, Dara Calleary.

Hogan had tried to resist calls for his resignation and for a period it looked like he might survive, but details continued to emerge about his overall trip to Ireland and an interview on 23 August put the final nail in his Commissioner's coffin.

Hogan told Irish broadcaster RTE that despite travelling from a red-list country, Belgium, he did not quarantine for 14 days because he tested negative for COVID-19 soon after his arrival. He said he based his decision on information from the country's Citizens Information Board, but the public website quickly refuted that claim and said he "got it wrong", releasing a statement explaining that Hogan should have respected the full 14-day quarantine.

The breach of guidelines saw Hogan's eventual resignation and has already sparked a race to fill his empty seat in the European Commission cabinet.

The Irish government are moving quickly to try keep hold of the EU executive's trade portfolio - considering their economic and social vulnerability to Brexit. IHS Markit understands that David O'Sullivan, ex-EU ambassador to the US, could be an early contender as well as former Irish prime minister Leo Varadkar. But other member states are also reportedly vying to take Hogan's seat because his role is one of the most lucrative of Commissioner positions.

Commission President Ursula von der Leyen will most likely prioritise damage control as her Commission has already lost from the scandal - the cabinet's reputation is undermined while her political objectives risk being side-tracked during a long and sensitive restructuring. All of these factors may lead her to push member states to accept a quick fix, which could see Ireland keep the trade portfolio.

Whether Hogan was pushed or jumped is still unclear, but it was obvious that his position had become untenable following public outrage in his home country. Several Irish politicians had been calling for Hogan to step down, including, most recently, the country's health minister.

A statement from Ireland's ruling party leaders - Taoiseach Michel Martin (Fianna Fail), Tánaiste Leo Varadkar (Fine Gael) and Green Party leader Eamon Ryan - following Hogan's resignation said: "We believe that it is the correct course of action given the circumstances of the past week.

"We all have a responsibility to support and adhere to public health guidelines and regulations."

But Commission officials were generally dismayed by the news of Hogan's departure. Sabine Weyand, the EU executive's top civil servant for trade policy, wrote on Twitter that the resignation was a "sad day".

"We will sorely miss you Phil Hogan, your stamina, dedication and negotiating talent, in dealing with the many challenges the global economy and EU trade face," she said.

Hogan earned a strong reputation in Brussels for fighting for EU interests during his time as Trade and Agriculture Commissioner, earning him respect from the largest European agri-food associations.

Pekka Pesonen, secretary-general of Copa-Cogeca, the EU's biggest farm lobby, said yesterday (26 August) that Hogan should stay as Commissioner because he was so effective during his six-year tenure in the EU executive.

"He is a strong supporter of EU's common policies in agriculture and trade and has been an important asset in both Jean-Claude Junker's and von der Leyen's Commissions," he said.

Hogan is still adamant that he did not break any laws, but admits he did breach Irish social distancing guidelines. In his parting words, he hopes the scandal will not tarnish his political legacy.

"I am proud of my record and achievements as European Commissioner and I hope history will judge them favourably, when the final assessment is made," he said.