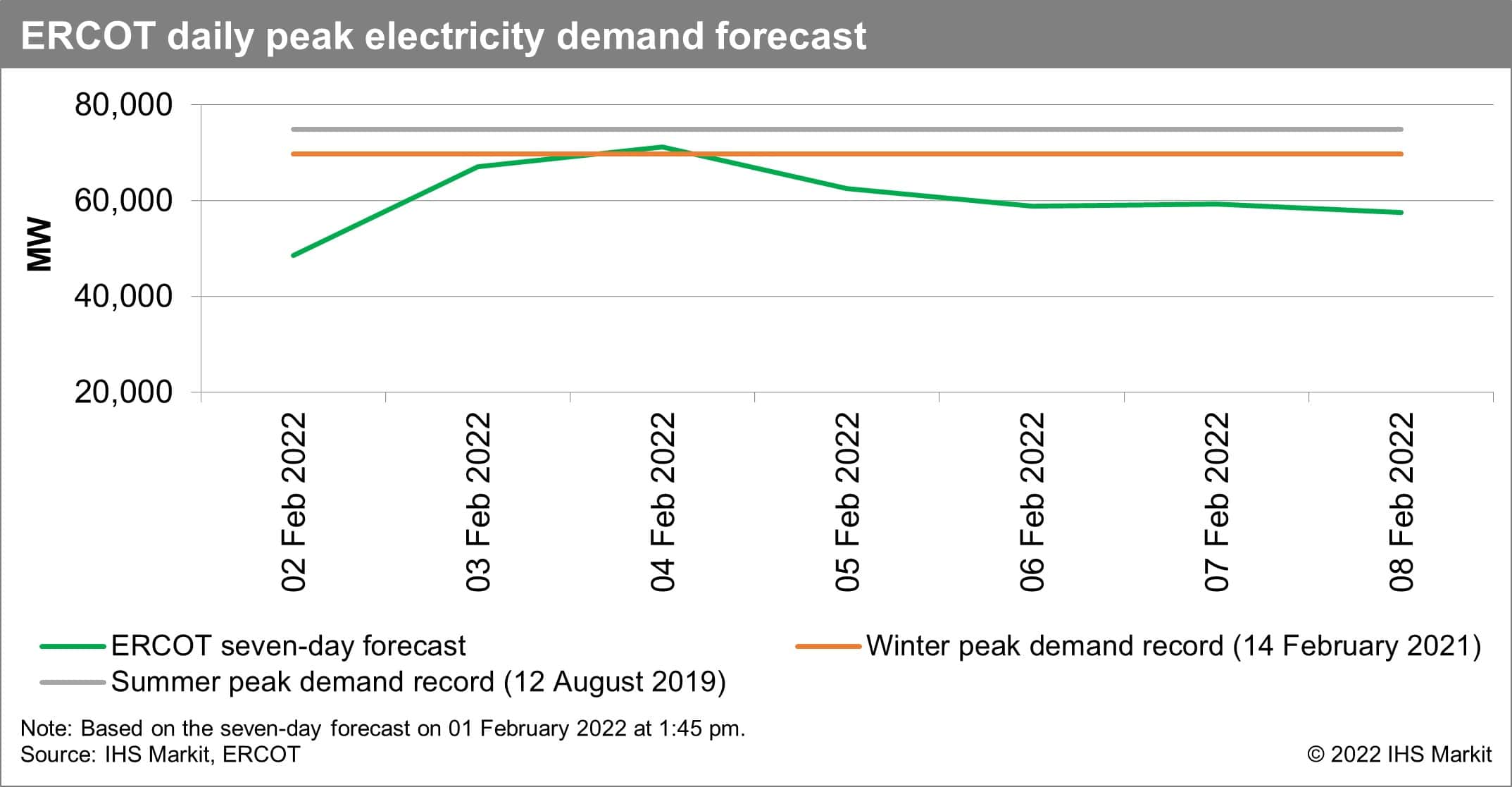 Here are three key issues to focus on as the cold weather moves into Texas this week:

The electric grid operator quietly released the final winter Seasonal Assessment of Resource Adequacy (SARA) report on 19 November 2021. In the report, ERCOT anticipated there would be sufficient installed generating capacity to serve a 62,000 MW system-wide peak demand, assuming average generation outages and average renewable output during this winter season. The report also indicates the electric grid could operate under normal conditions even with high generation outages and low renewable output. However, the new peak demand forecast moves the electric grid closer to a state of emergency and rotating outages for a second year in a row.

Another power outage could complicate the market reforms underway

After winter storm Uri left millions of customers without electricity for days, Governor Abbott signed 16 bills into law to reform the state's electric industry. The new laws cover a wide range of issues that arose after the near collapse of the electric grid last year and the PUCT has been focused on implementing the electric market reforms since last summer. Another power outage could complicate the recently announced two-phased blueprint and likely lead to more regulation of the electric industry. The governor and legislators will also find themselves in a difficult position from another power outage because Texas has a statewide and gubernatorial election in 2022 and the reliability of the power grid is centerstage.