Huge energy savings can be realized by replacing the low-efficiency motors that run the fans, pumps, and compressors in use in most manufacturing settings. 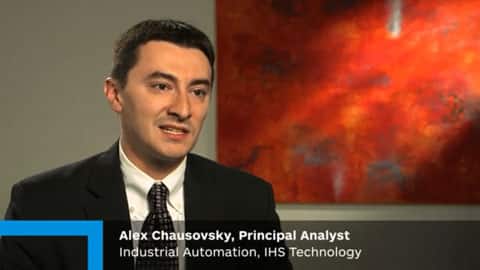 Why is the efficiency of motors and motor controls so critical?

The efficiency of motors and motor controls is so critical because these systems and the equipment that they run, such as pumps, fans, and compressors, use up approximately 50 percent of all the electricity produced in the world every year. Which is a phenomenal number. It's actually more than heat and lighting combined. And this is something that most people are not aware of. And if a manufacturer can improve the efficiency of these systems by even a few percentage points they stand to save tens of thousands of dollars a year in operational costs.

In fact, governments around the world have been passing minimum efficiency performance standards, which is legislation aimed to improve the efficiency levels of these systems, for many years. And they really have invested a lot of effort and money into making sure that the industry is moving in a more efficient direction over time.

Why is it important to consider the efficiency of an entire system?

It's important for companies that use this equipment to consider the efficiency of the entire system because it really improves the overall effect of the efficiency maximization scheme. If you focus on just the motor itself, you are potentially improving efficiency between one and three percent, in most cases. But if you consider the other components of the systems, such as the electronic component, like a variable speed driver, soft starter, the mechanical power transmission component, like a gear box, a belt and a chain, and the final product, which as I mentioned earlier, fan, pump, or a compressor, it can really make a huge difference and improve the system efficiency by anywhere between 10 and 15 percent on the low end, and in some extreme cases it can go up as high as 70 or 80 percent efficiency improvement.

How are motor designs changing to attain the higher efficiency requirements?

The motors market is really quite mature. In fact, motors have been around for more than 100 years. But in the recent years, we've seen some really interesting designs coming out to deal with the system efficiency scheme. And one of these designs uses rare earth-based permanent magnets to really push the envelope in terms of how efficient these motors really can be. The big challenge of using these rare earth-based magnets is the fact that they make the motor a lot more expensive; often two or three times the cost of the traditional AC induction motor design.

And one of the things that's really interesting about this is that even though the motors themselves are much more expensive, there's a very big disconnect in the incentive scheme of the people that are buying these motors and the people that have to pay the operational cost of running those motors. I'll give you a great example: a machine builder is someone that wants to keep the cost of their machine down as low as possible to be competitive with the other companies that are bidding for the same business. But if they buy the more expensive yet more efficient motors, their machine is invariably going to become more expensive. And since that machine builder is not going to be responsible for paying the energy to operate that machine over the 20- or 30-year lifetime of that system, they're not incentivized to buy the more expensive and more efficient motor. Therefore, this disconnect has to be addressed by the industrial sector before we really see the kind of change that the governments and the manufacturers are trying to bring about.