The week also sees GDP updates for the Eurozone, Japan, Malaysia and Hong Kong and a clutch of economic data out of China.

US growth and inflation updates

US industrial production, retail sales, inflation and trade figures will be scoured for confirmation that the economy grew at a robust rate at the start of the fourth quarter despite trade worries, with price pressures building to keep the Fed on course to hike interest rates again at its December meeting. The economy grew at a 3.5% rate in the third quarter and IHS Markit PMI numbers suggest a solid 2.5-3.0% pace was maintained in October, with prices rising sharply as tariffs and shortages exacerbated higher energy prices. Consumer prices are set to rise 0.3%, taking the annual rate of inflation to 2.5%. 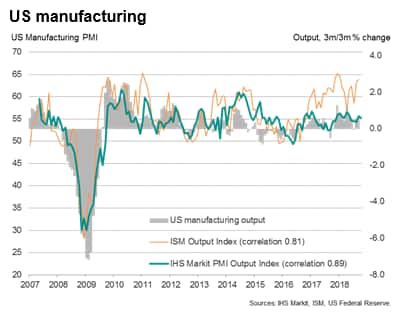 The Bank of England will be watching the latest job market numbers keenly, especially pay data, which are expected to vindicate recent rate hike decisions and the Bank's hawkish rhetoric, leaving the door wide open for further rate hikes in the event of a suitably supportive Brexit deal. Recent recruitment agency survey data showed that an increased tightening of the labour market drove employee wages markedly higher again in October. The unemployment rate is meanwhile expected to hold at a multi-decade low of 4% and inflation is set to tick higher after showing a surprise fall to 2.4% in September. Retail sales should stage a modest rebound after falling in September. 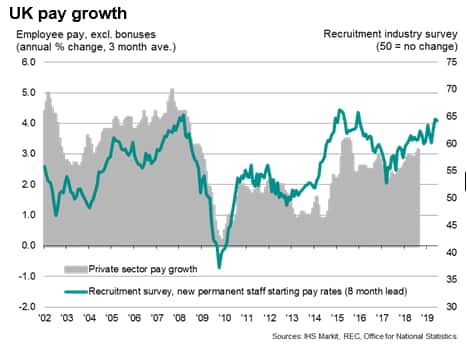 New lending data out of China will be eagerly watched, as will updates to fixed asset investment, foreign direct investment, industrial production and retail sales.

Clues will be sought as to whether the pace of economic growth will continue to wane after slipping to 6.5% in the third quarter. Recent Caixin PMI data indicating the slowest pace of growth in business activity for over two years.

Next week also sees the release of third quarter GDP for the Eurozone Japan, Hong Kong and Malaysia.

The Eurozone GDP update is expected to confirm the weak 0.2% expansion indicated by the flash estimate, though at least some of the slowdown appears to have been temporary, linked to the auto sector emissions targets (which is likely to also be reflected in a drop in September's industrial production). However, recent PMI data suggest the underlying pace of growth has cooled, in line with softer global demand growth. Eurozone final inflation numbers are also updated and are expected to confirm a 2.2% annual rate. 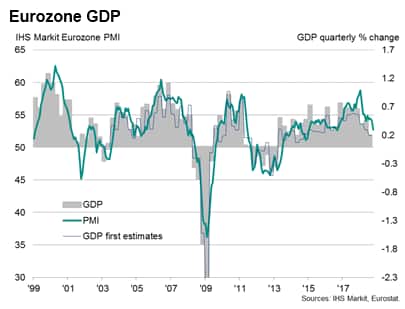 Third quarter GDP is expected to shrink 0.3% in Japan, according to a Reuters poll, linked in part to natural disasters. PMI surveys have already indicated a rebound in growth at the start of the fourth quarter.

In Malaysia, expectations are for economic growth to accelerate to 5.2%, up from 4.5% and in line with the signal from PMI data back in September.

In Hong Kong, the Nikkei PMI indicates that slower growth in China and waning global trade flows are likely to have curbed GDP from the 3.5% annual rate.

In Asia, central banks in Thailand, Indonesia and the Philippines meanwhile meet to set interest rates. While the consensus is for policy rates to remain on hold in Thailand, the central Bank has been building a case for policy normalisation to reduce risks to financial stability.