Many carbon emissions targets come in the form of successive announcements banning the sales and/or usage of internal combustion engine vehicles (ICEs), more specifically, ICE passenger cars. In Asia, similar announcements have also been made, with China and OECD Asia leading the pack. However, the challenges that limit or delay the widespread adoption of fully electric cars, though improving, persist and are more pronounced in developing markets in South and Southeast Asia. Such challenges though have not stopped these markets from announcing some ambitious targets. While IHS Markit believes that these goals will be difficult to achieve, it highlights the intention of these markets to move toward a low carbon environment.

Nevertheless, this does not mean that little can be done for developing Asia. While the challenges in electrifying the passenger car fleet may seem insurmountable for these markets in the short- to medium-term, the same may not apply to their motorbike fleet—how this differs for motorbike is scale, which translates to a smaller gap that needs to be bridged between an ICE motorbike and an electric variant. 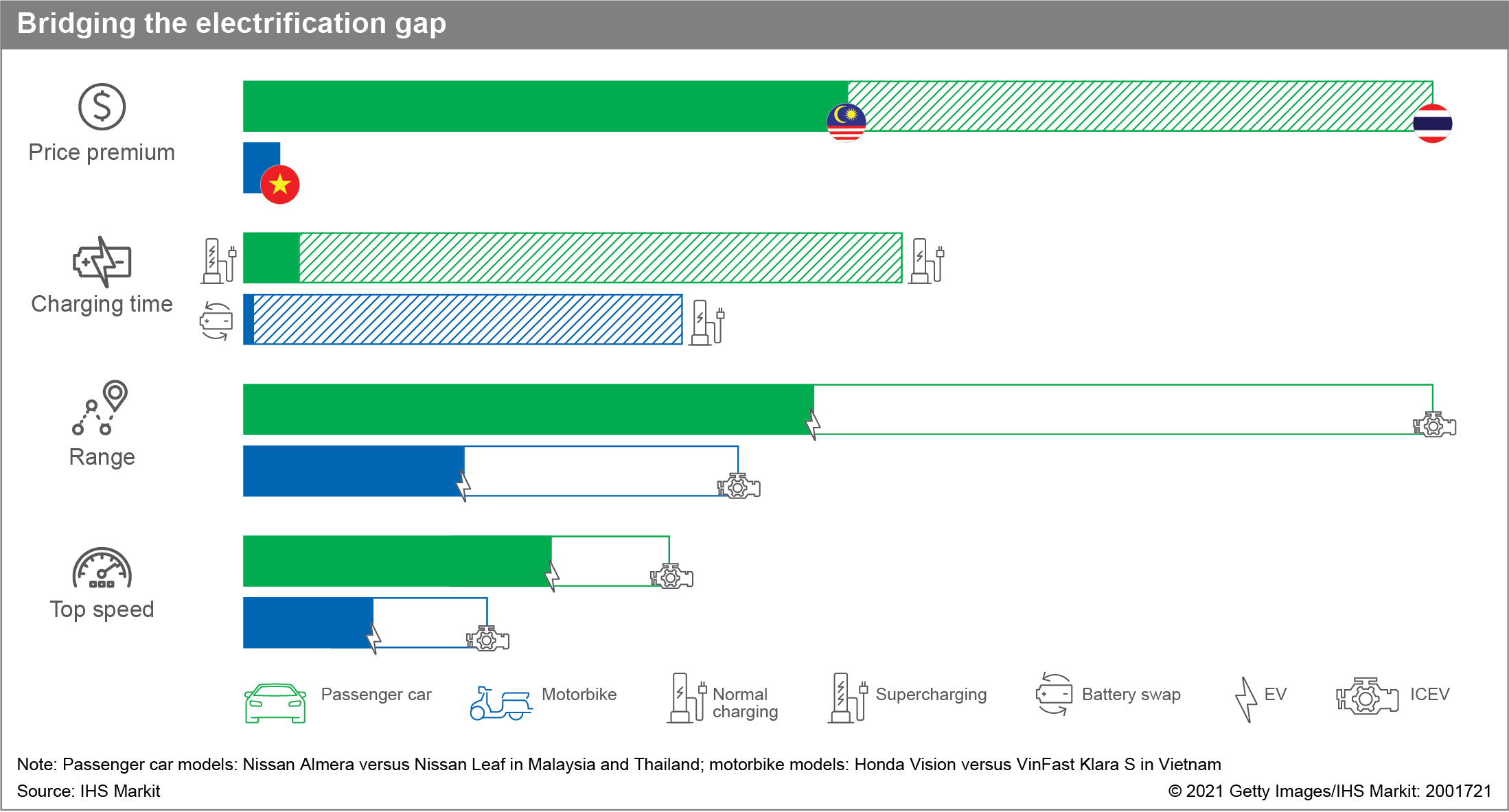 In fact, China has seen great success in electrifying its motorbike fleet—current estimates place the conversion rate to electric models at over 50%. Although there are currently no law-binding mandates in electrifying the motorbike fleet in this region, the threat of an accelerated penetration remains should there be a significant breakthrough in battery cost or increased government support. Despite their better fuel efficiency against passenger cars, motorbikes make up more than half the gasoline demand in South and Southeast Asian markets. This means that the electrification of Asia's motorbike fleet would have a significant impact and potentially accelerate the decline in gasoline demand growth.

That said, there are still technological gaps to be bridged for an electric motorbike to equal a gasoline motorbike in terms of on-road performance. In addition, as the energy mix in the region remains high in carbon intensity, transport electrification in this region will invariably be displacing carbon emissions from gasoline consumption to power generation.