2014 is shaping up to be among the quietest years in recent memory as the patent cliff reaches its end - although there will be a notable spike again in major drugs going off-patent in 2015. For the year ahead, Merck & Co is most exposed to patent expirations. A series of drugs will lose their exclusivity in either the US or Europe, including major products like Temodar, Avelox and Remicade. There will be significant activity in Europe this year with a series of interesting patent expirations. Most notable will be Sanofi's Lantus (insulin glargine), where there is a potential for Lilly to enter the biosimilar market by the end of the year. Similarly, patents for key drugs that have driven a significant portion of biopharmaceutical growth in the last ten years - including Herceptin, Rituxan and Remicade - expire in Europe this year. 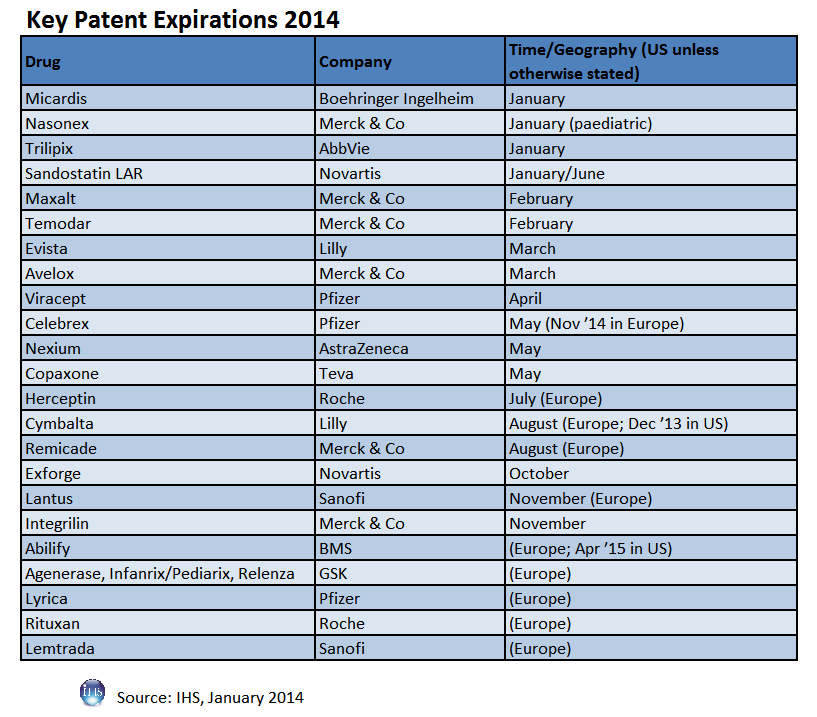